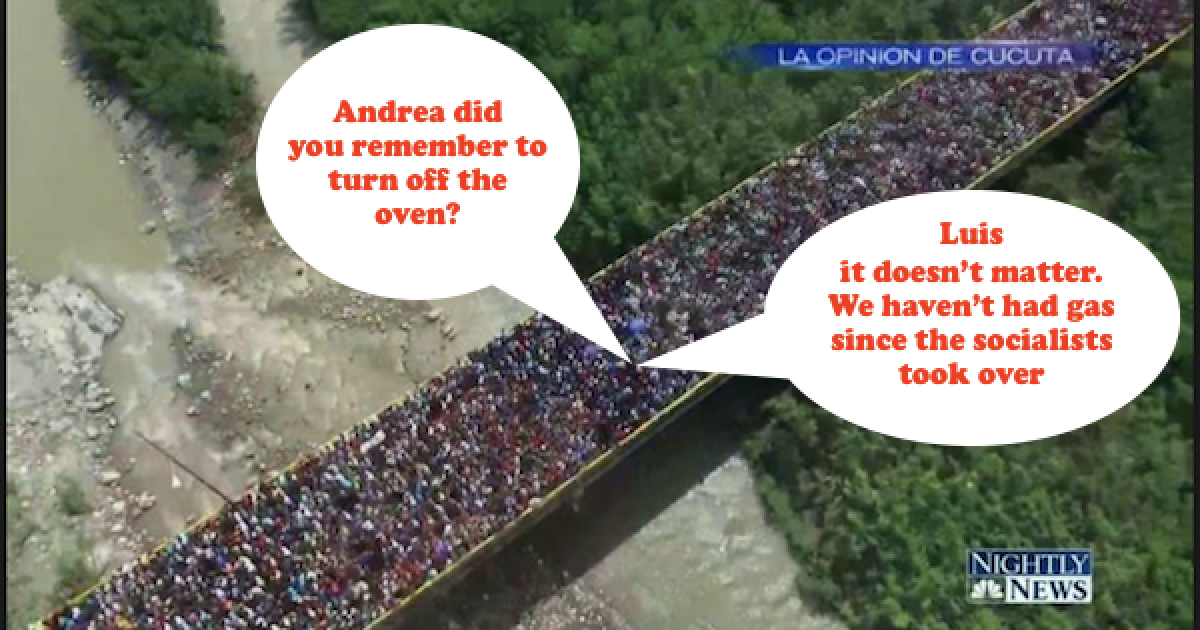 As the Democrat Party dives up to its neck in a new drive for socialism, things are so bad in the failed socialist country of Venezuela that a million refugees have fled starvation there. And yet, Bernie Sanders and Alexandria Ocasio-Cortez are utterly silent on the massive failure that is Venezuela. According to The Daily Mail, over a million people have fled the failing country and it is becoming a “crisis moment.”

The exodus of migrants from Venezuela is building toward a ‘crisis moment’ comparable to events involving refugees in the Mediterranean, the United Nations migration agency said on Friday.

Growing numbers are fleeing economic meltdown and political turmoil in Venezuela, where people scrounge for food and other necessities of daily life, threatening to overwhelm neighboring countries.

Officials from Colombia, Ecuador and Peru will meet in Bogota next week to seek a way forward.

The outward flow is getting so big that the citizens in surrounding countries are starting to commit violence against the refugees.

In Brazil, rioters this month drove hundreds back over the border. Peru this month tightened entry rules for Venezuelans, requiring them to carry passports instead of just national ID cards, though a judge in Ecuador on Friday rolled back a similar rule enacted there.

Describing those events as early warning signs, a spokesman for the International Organization for Migration (IOM), Joel Millman, said funding and means of managing the outflow must be mobilized.

‘This is building to a crisis moment that we’ve seen in other parts of the world, particularly in the Mediterranean,’ he told a news briefing.

Venezuelans who have fled their country are sleeping on the sides of roads, in ditches, in back alleys, and even in the jungles of the nations to which they have fled. And that is still better than living in Venezuela!

Meanwhile, Venezuelan strongman Nicolas Maduro is jailing dissidents, shutting down opposing parties, and tightening his grip on the once prosperous and wealthy country. But he has come up with a useless economic plan.

Venezuela’s information minister, Jorge Rodriguez, said on Friday that a new package of economic measures meant to address hyperinflation would win over Venezuelans who had left the country.

Venezuela on Monday cut five zeros from prices and pegged the country’s currency to an obscure state-backed cryptocurrency.

Critics slammed the plan as inadequate in the face of inflation that topped 82,000 percent in July and is expected to reach 1 million percent this year.

So, with this incredibly sad example of failed socialism… why are Democrats leaning toward socialism? Their brains don’t seem to work as God designed to them, do they?

But maybe they are just trying to cull the population.  After all, during the 20th-century communism and socialist governments murdered at least 94 million people. Maybe the Democrats are leaning toward socialism because they don’t want to have to compete with so many people for their favorite flavor of ice cream or cookies because everybody knows the only aspect of a socialist economy that really works is the killing off a big chunk of the population.