Flashback: Will The Real Hillary Clinton Please Stand Up? 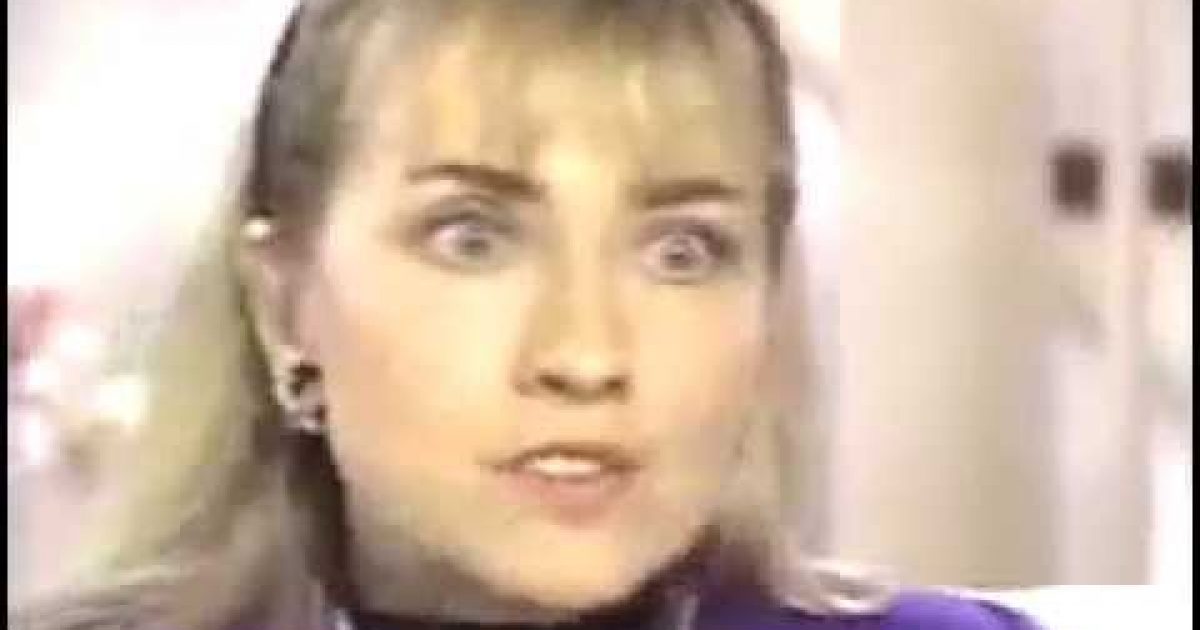 The title of this post is a tagline that was featured in a popular TV game show that ran from 1956 to 1968. In the show, called “To Tell the Truth,” a panel of celebrities was presented with three contestants, all claiming to be the same person. Two of them (naturally) were imposters and were coached. The object of the game was to figure out which contestant was telling the truth.

That show (which is now back on the air in cable syndication) came to mind when I watched the interview below from another vintage show, “PrimeTime Live,” which premiered on ABC in 1989. The interviewee from this 1992 broadcast is immediately recognizable as the wife of Arkansas Gov. Bill Clinton, who later that year would win the presidency.

You might not recognize the voice of Mrs. Clinton because she affects a southern accent, which is as unconvincing as the black accent she has used on other occasions.

But listen not to her speech patterns but to her words, beginning at approximately 3:18. The person speaking at that point is not Hillary Clinton, but Gennifer Flowers, who confesses to having had a 12-year romance with Clinton’s husband:

Notice Clinton’s easy dismissal of Flowers, not only as a liar who was well-paid for the story of her affair with the governor. She also derides Flowers, a model, as a “failed cabaret singer who doesn’t even have much of a résumé to fall back on…. You know, that’s the daughter of Willie Horton, as far as I’m concerned — the same kind of attempt to keep the real issues of this country out of the mainstream debate.”

Willie Horton, should the name be unfamiliar, was a convicted felon, serving a life sentence for murder in a Massachusetts prison. But Horton’s real claim to fame is that he was the beneficiary of a weekend furlough program, from which he failed to return, instead committing armed robbery, assault, and rape.

It should also be noted that Horton was black. It isn’t immediately clear why Clinton evoked his name in assailing Flowers, but it seems like a gratuitous twofer, targeting women and blacks.

Now that she has taken Sam Donaldson’s suggestion from early in the video and thrown her hat in the ring for president, she has become a champion of the rights of females and blacks. She also continues to stand by her husband … if  only up to a point. Because he continues to screw everything that isn’t bolted down, she has asked him to stop campaigning for her, understanding that his ongoing “dalliances” could become a distraction in this very close race.

An exasperated Hillary asked rhetorically last week why she wasn’t beating Donald Trump by 50 points. When you look at her past, including her time as secretary of State and all that implies, you might ask why Trump isn’t beating her by the same margin.