The MSM Lies About Letter To Protect Biden 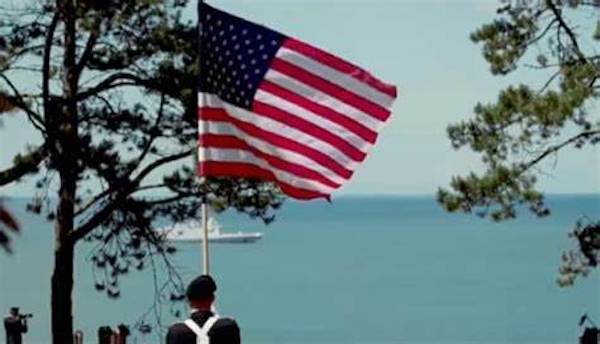 I am old enough to remember that if a friend of a friend of an anonymous source, had a third cousin, once removed, whose sister was in first grade with Donald Trump and didn’t like him very much, it would be a major mainstream media news story. But when 124 retired military officers send an open letter warning that the “Current  [Biden] Administration has launched a full-blown assault on our Constitutional rights in a dictatorial manner,” the MSM of course, is working to trash the letter and protect Biden. Flag Officers 4 America.

This shows the true nature of our media. Watch how they link arms around Biden to shield him from the blowback of this story and compare that to how they handled similar stories about Trump.

The media LOVED open letters from official-sounding sources if they could be used to fish-slap Trump or throw cold water on a scandal that would hurt the Democrats. Let’s see what they do when the shoe is on the other foot.

Media fawned over ‘intelligence officials,’ claiming that that Hunter Biden’s laptop could be Russian disinformation — conveniently sweeping a damning story under the rug until AFTER it could do no damage to Joe’s election chances, before (oops!) acknowledging that it was real after all.

They almost messed themselves for joy when figures with the stature of Mattis or Bolton publicly scolded Trump,

Media rolled out groups of concerned experts from one field or another denouncing Trump. Sometimes it was economists, or groups of clergy, or Attorneys General or GOP National Security officials — whichever convenient group ‘organically’ popped up and stood the greatest chance of damaging either Trump’s agenda or person, as required.

Then again, we have solid evidence that this was the plan to destroy and discredit him (impeach him if possible!) from even before he was inaugurated. How BOTH Trump Impeachments Stem From ONE Strategy Predating His Inauguration

Now that a significant group of unimpeachably credible officials is holding Biden’s feet to the fire, let’s see how interested the liberal guard dog media are in telling the world about without first discrediting the people who dare speak out against the anointed sock puppet.

One-hundred-twenty-four retired military officers have formally affixed their name to an open letter that did not pull any punches with what they thought of POTUS 46.

Media reports have already begun to editorialize the letter, claiming it wrongly contests the election results (perhaps they should re-read that section without their preconceptions) or the passage questioning Biden’s mental acuity. But those are only a fraction of the wide-ranging list of concerns these retired top-tier military brass have raised about the sitting Commander-in-Chief and the “Democrat Party welcoming Socialists and Marxists.”

They call themselves Flag Officers 4 America, and here is what they said… unfiltered. Make of it what you will.

During the 2020 election, an ‘Open Letter from Senior Military Leaders’ was signed by 317 retired Generals and Admirals and, it said the 2020 election could be the most important election since our country was founded. ‘With the Democrat Party welcoming Socialists and Marxists, our historic way of life is at stake.’ Unfortunately, that statement’s truth was quickly revealed, beginning with the election process itself.

Without fair and honest elections that accurately reflect the ‘will of the people’, our Constitutional Republic is lost. Election integrity demands ensuring there is one legal vote cast and counted per citizen. Legal votes are identified by State Legislature’s approved controls using government IDs, verified signatures, etc. Today, many are calling such commonsense controls ‘racist’ in an attempt to avoid having fair and honest elections. Using racial terms to suppress proof of eligibility is itself a tyrannical intimidation tactic. Additionally, the ‘Rule of Law’ must be enforced in our election processes to ensure integrity. the FBI and Supreme Court must act swiftly when election irregularities are surfaced and not ignore them as was done in 2020. Finally, H.R.1 & S.1, (if passed), would destroy election fairness and allow Democrats to forever remain in power violating our Constitution and ending our Representative Republic.

Aside from the election, the Current Administration has launched a full-blown assault on our Constitutional rights in a dictatorial manner, bypassing the Congress, with more than 50 Executive Orders quickly signed, many reversing the previous Administration’s effective policies and regulations. Moreover, population control actions such as excessive lockdowns, school and business closures, and most alarming, censorship of written and verbal expression are all direct results on our fundamental Rights. We must support and hold accountable politicians wh will act to counter Socialism, Marxism and Progressivism, support our Constitutional Republic, and insist on fiscally responsible governing while focussing on all Americans, especially the middle class, not special interest or extremist groups which are used to divide us into warring factions.

Under a Democrat Congress and the Current Administration our Country which has taken a hard left turn toward Socialism and a Marxist form of tyrannical government which must be countered now by electing congressional and presidential candidates who will always act to defend our Constitutional Republic. The survival of our Nation and its cherished freedoms, liberty, and historic values are at stake.