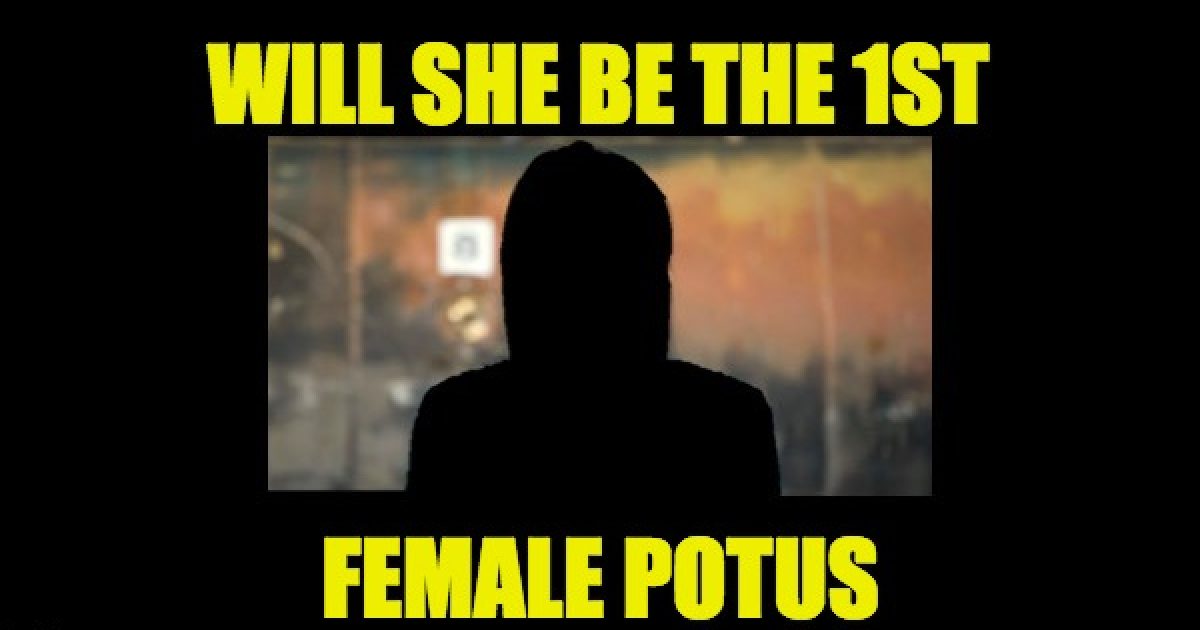 Unlike the two-time failure in Hillary Clinton, there is one woman on the political scene who is uniting both parties around her as possibly the first female President of the United States.

Her name is Nikki Haley.

At first Nikki Haley’s appointment to the UN Ambassador role was kind of shocking at least IMHO There was really no indication that she had a strong backbone, especially when one considers how fast she conceded the removal of the Confederate Flag from state grounds when she was governor of South Carolina. But since Ms. Haley became our Ambassador and Permanent Representative to the United Nations, she has shown herself to be a powerful take-no-prisoners advocate for the United States. She has strongly condemned the UN for its Antisemitism, Russia for its Support of Syria’s attacks on its civilians, China over Korea, just to name a few examples. 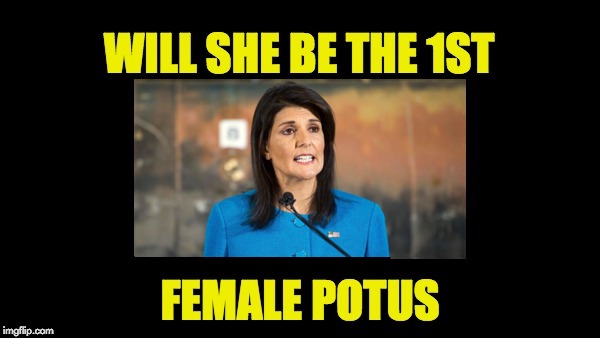 Nikki Haley showcases the fact that under Donald Trump the U.S. has a foreign policy with some backbone. Make no mistake about she constantly reminds the UN that the United States makes its own foreign policy and no international body can tell us what to do.

When the UN was about to criticize the U.S. for recognizing Jerusalem as the capital of Israel Haley made an incredibly strong speech, which said in part reminding the General Assembly not to bite the hand that feeds them:

Standing here today, being forced to defend sovereignty and the integrity of my country – the United States of America – many of the same thoughts have come to mind. The United States is by far the single largest contributor to the United Nations and its agencies. We do this, in part, in order to advance our values and our interests. When that happens, our participation in the UN produces great good for the world. Together we feed, clothe, and educate desperate people. We nurture and sustain fragile peace in conflict areas throughout the world. And we hold outlaw regimes accountable. We do this because it represents who we are. It is our American way.

In the case of the United States, we are asked to pay more than anyone else for that dubious privilege. Unlike in some UN member countries, the United States government is answerable to its people. As such, we have an obligation to acknowledge when our political and financial capital is being poorly spent.

Recently Haley raised her public standing recently with her role in bringing together two world leaders in President Trump and North Korea’s Kim Jong-un for a historic summit.

The former South Carolina governor echoed the actions of the president in playing a behind-the-scenes role in trying to establish peace, while publicly reminding North Korea that they would be decimated in any military conflict with the United States.

“Make no mistake the North Korean regime will be utterly destroyed,” she famously declared.

Meanwhile, a U.S. official revealed, “Ambassador Haley’s diplomacy behind the scenes, in particular with the Chinese ambassador here, as well as the Russian ambassador, made it very, very clear that we were not kidding around.”

She’s also been a stalwart defender of the United States and its closest ally, Israel, in front of a hostile United Nations. Her efforts are being noticed by both Democrats and Republicans.

She’s heard similar sentiments on both sides of the political aisle.

“I’ve actually heard a lot of people on both sides of the aisle say if we’re going to have our first female president, it could very likely be Nikki Haley,” Tarlov said.

She added that Haley is definitely “a force” that “can cut across Democrat Republican lines of communication.”

The idea led to support from social media users who saw the segment, many of whom homed in on her strength of character.

Ambassador Nikki Haley is the strongest woman in American politics today. There is little doubt that if she won, she would make a fantastic president. I’ve been hoping for this to happen for years. Looks like America wants it too. https://t.co/X7GOIyPrOk

While Barack Obama is busy holding secret meetings with Democratic challengers for the presidency, Haley quietly reminded us  in a statement to the United Nations in May why she’d make a great president:

We care more about being right than popular and are once again standing up for our [American] interests and values.

What Democrat is going to be able to make and live up to that pledge? Certainly not one being offered advice by Obama.

A video of Ambassador Haley’s UN speech described above follows: