Three-Quarters of U.S. Voters Say Despite COVID And Riots: Finances Are Stable Or Improving 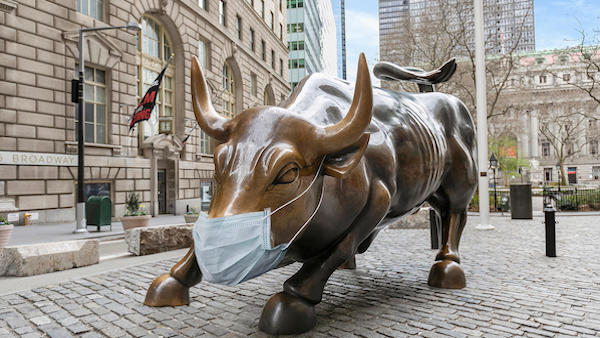 Most people believe that President Trump’s recent increase in polling numbers is a result of the malfeasance Democratic Party mayors in controlling crime and violence in their cities, as well a Biden’s refusal to recognize that violence exists.  That may be a part of it, but the economy seems to be a factor also.  According to a poll published in John Solomon’s Just the News site and executed by Scott Rasmussen, three-quarters of registered voters say their finances have either stabilized or have improved despite the China Virus or the wave of riots.  finances are stable or improving

According to Just the News:

A majority of registered voters report that their personal finances are stable or improving, according to a new Just the News Daily Poll with Scott Rasmussen.

Asked about their current financial situation, amid a pandemic and street protests that shuttered some retail businesses, 52% of respondents said their bank account is “about the same” as it normally is, while 23% said their personal finances are “getting better.” Just 23% reported a worsening financial outlook.

[Note: Scott Rasmussen left Rasmussen Reports in 2013 and formed a new company. That newer company did this research] 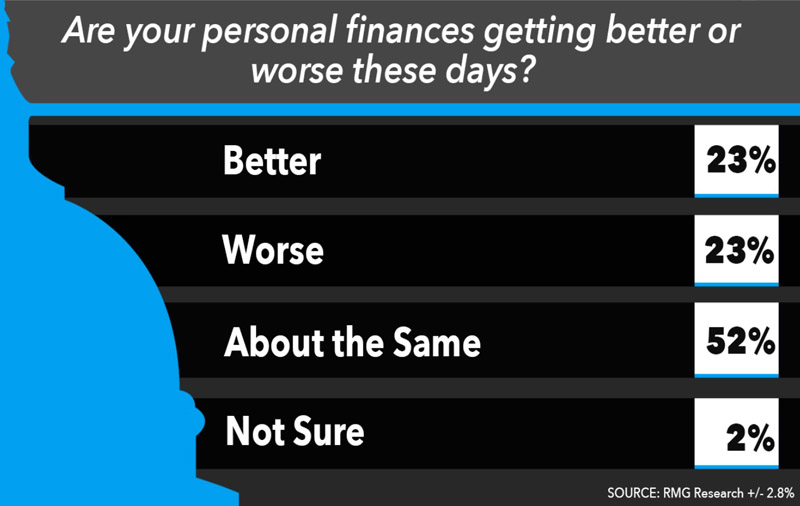 “Given all that the nation has been through in recent months, that’s a pretty optimistic assessment,” Rasmussen said.

“If people feel better about their personal finances, they are more likely to vote for the incumbent president,” he said.

I would submit to you that while law and order is essential, as is the COVID crisis, but if the economy was still humming the way it was before the pandemic caused the shutdown, Trump would be leading Biden by landslide proportions.  The more that voters believe that the economy was improving, that Trump was bringing us back to the pre-COVID boom economy, the better Trump will do in the election.