One Political Party Has Always Fought For Civil Rights, The Other Created The KKK 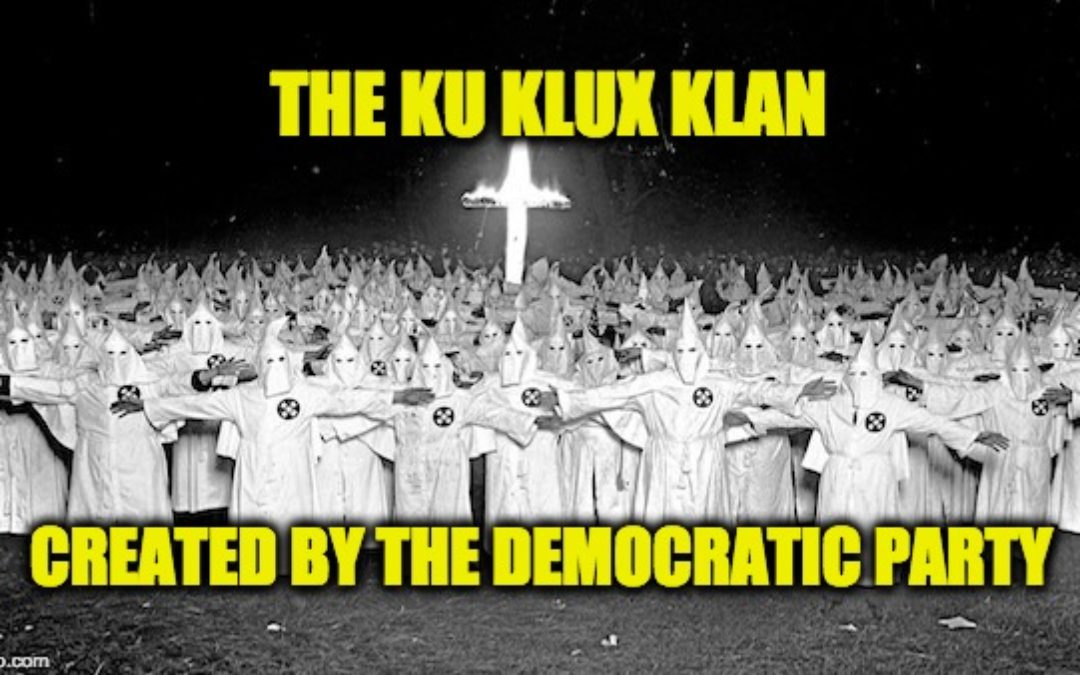 President Biden received much criticism for the angry tone and divisiveness of his speech in Atlanta on January 11. Not mentioned as much is that George Wallace, Bull Conner, and Jefferson Davis were all members of the Democratic Party. In fact, throughout most of its history, the Democratic Party supp0rted racist ideals.

It was the Democrats who defended slavery, started the Civil War, founded the KKK, and fought against every major civil rights act in U.S. history. The GOP, which has been falsely labeled as racist by the Democrats and the MSM, was the party that pushed for civil rights.

A century later, it was southern Democrats who were saying “slow down” to Civil Rights legislation, Sen. Strom Thurmond, then a Democrat, unsuccessfully tried to filibuster the Civil Rights Act of 1957. Back then, the filibusters led by Democrats were racist.

The Civil rights act of 1964 was filibustered by Democrats. The bill came before the full Senate for debate on March 30, 1964, and the “Southern Bloc” of Democratic Party Senators led by Richard Russell (D-GA) launched a filibuster to prevent its passage. Said, Russell, “We will resist to the bitter end any measure or any movement which would have a tendency to bring about social equality and intermingling and amalgamation of the races in our (Southern) states.”

That filibuster lasted until the morning of June 10, 1964, when former KKK member Senator Robert Byrd (D-W.Va.) completed an address that he had begun 14 hours and 13 minutes earlier to block the legislation. The measure had occupied the Senate for 57 working days, including six Saturdays. A day earlier, Democratic Whip Hubert Humphrey of Minnesota, the bill’s manager, concluded he had the 67 votes required at that time to end the debate and end the filibuster. Six wavering senators provided a four-vote victory margin for cloture. Once the filibuster ended, the bill passed with a final tally of 71 to 29. Only one of the 21 Southern Democrats in the Senate voted for the bill.

Vanderbilt professor Carol Swain was the host for Prager University video about the history of racism in America (embedded below.). She begins   the video with:

When you think about racial equality and civil rights, which political party comes to mind? The Republicans? Or, the Democrats? Most people would probably say the Democrats. But this answer is incorrect.

Democrats falsely claim that the Republican Party is the villain when in reality it’s the failed policies of the Democratic Party that have kept blacks down. Massive government welfare has decimated the black family. Opposition to school choice has kept them trapped in failing schools.  Politically correct policing has left black neighborhoods defenseless against violent crime.

So, when you think about racial equality and civil rights, which political party should come to mind?

We should remember that despite the lies coming from the Democratic politicians, and the mainstream  only one of the major political parties, the GOP has a history through today pushing for a nation where all people “will not be judged by the color of their skin but by the content of their character.”