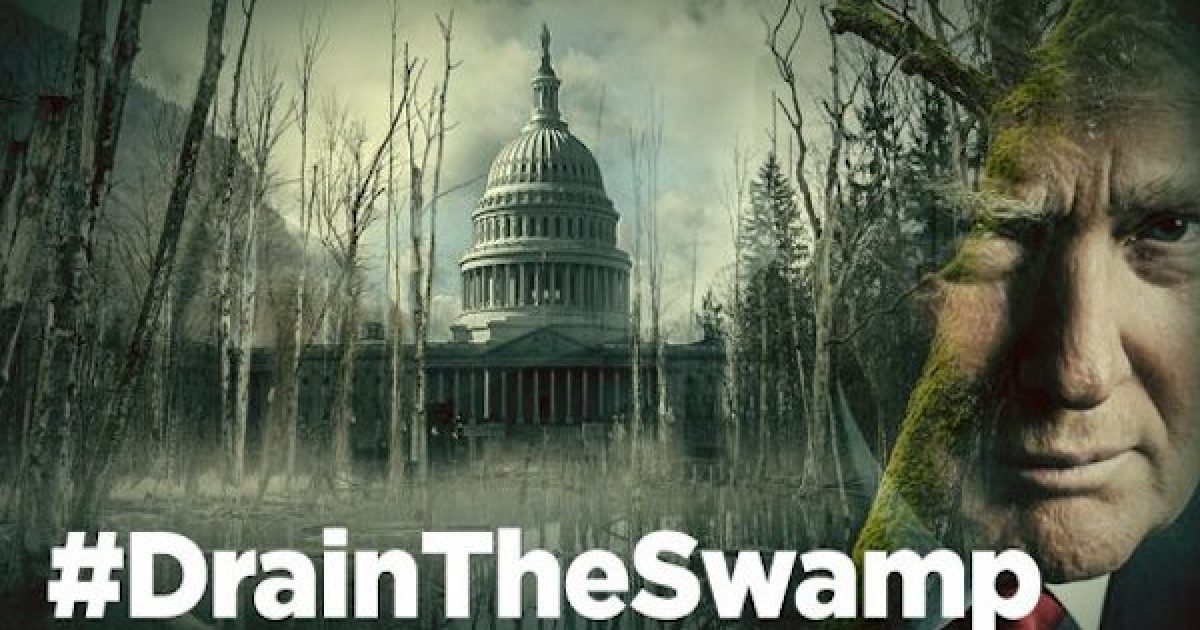 After reading this new report, you might be shocked, but you will certainly come to understand clearly that the federal government has far to go in order to drain the swamp.

The amount of spending pouring like an unstoppable wave out of the federal government is something that our founding fathers would find not just shocking, but un-American. And while you may imagine you understand the massive amount of money our government spends, I am guessing that the actual numbers will stagger even the most cynical American.

Now, it is beyond question that some of what the federal government does is necessary and it is true that our civil servants perform critical duties for all of us. However, there is little doubt that there plenty of room to “Drain The Swamp”

The political left, of course, claims that everything the federal government does is critical to the success of our nation. They imagine that every civil servant helps the “little guy” through his life by providing vital services.

On the other hand, the right sees much of what civil servants do as a drag on our nation and fraught with wasteful spending, not to mention unconstitutional.

The truth is probably somewhere in between. But one thing is certain, the amount of money the government spends is mind-boggling.

A new report has emerged from the Washington watchdog group Open The Books, a group that has done yeomen’s work tracking spending and identifying what needs to be done to drain the swamp of Washington D.C.

The new report, “Mapping The Swamp,” literally reveals the location and costs of two million federal bureaucrats across the country.

Some of the key findings are shocking in scope:

6. With 326 employees at a total cash compensation of $28.8 million, we found a federal agency in San Francisco – Presidio Trust – paid out three of the top four federal bonuses including the largest in the federal government in FY2016. The biggest bonus went to an HR Manager in charge of payroll for $141,525.

8. Only one-third of the 35,000 lawyers in the federal workforce work at the Department of Justice. The entire staff of federal lawyers earned $4.8 billion in FY2016.

9. The Department of Veterans Affairs (VA) employed 3,498 police officers at a total cost of $172 million in FY2016. When asked about corresponding crime statistics, the VA was unable to provide any information on the number of crimes or incidents.

If President Donald Trump needed a roadmap to cutting down the size of this massive and wasteful federal government, “Mapping The Swamp” couldn’t be a better guide to drain the swamp.

The full report is embedded below.

Mapping the Swamp Open the Books by Jeffrey Dunetz on Scribd