Shocking Transcript Of Warning To FBI About Parkland Shooter, ‘He’s Going To Explode’ 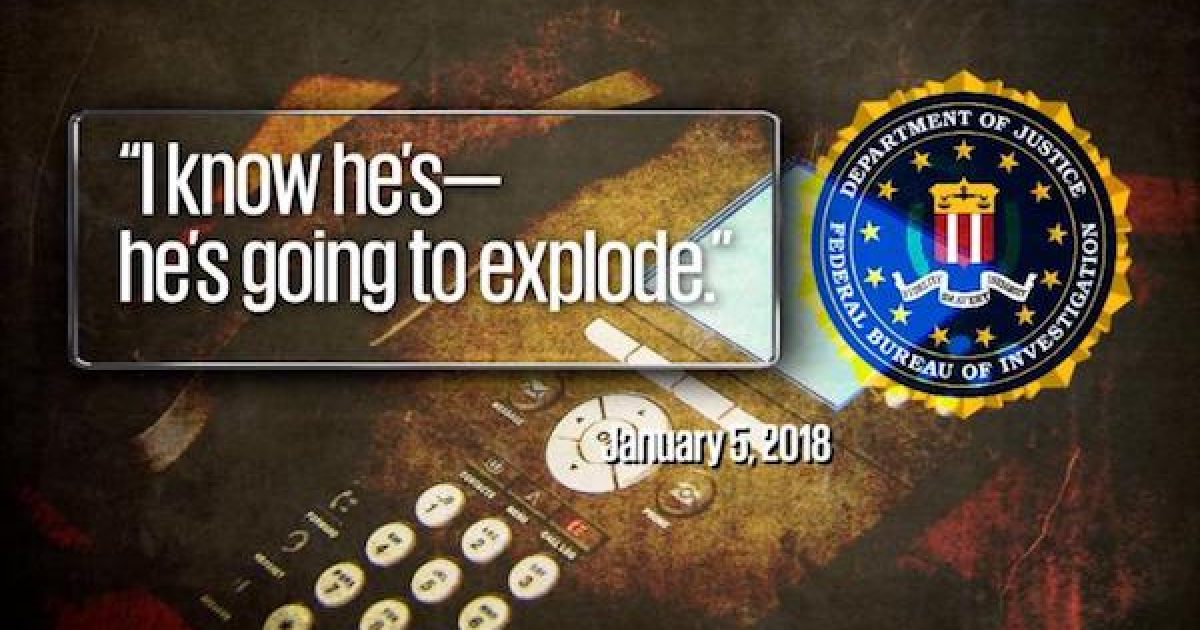 The media blames guns and the NRA, but the Parkland H.S. massacre would not have happened if the FBI and the Parkland police listened to the people who warned them about Nikolas Cruz. We have the FBI transcript of one of those calls,

A woman close to Parkland shooter Nikolas Cruz called the FBI on January 5th to warn that he has guns and wants to kill people.  Reading this FBI transcript will generate anger and sadness. It is unbelievable that warnings this frightening and this detailed were ignored.

The transcript of her phone call below that was released by the FBI redacts the name of the caller, the only identification is her gender as the intake specialist she spoke to calls her ma’am.

“Something is gonna happen. Because he’s, he doesn’t have the mental capacity. He can’t, he’s so outraged if someone talks to him about certain things.”

Then proceeds to say that she’s already warned Parkland Police giving an officer, “all the information I had.”

“I just want someone to know about this so they can look into it, If they think it’s something worth going into, fine. If not, um, I just know I have a clear conscience if he takes off and, and just starts shooting places up.”

She describes how Cruz wrote on his Instagram accounts how he wants to kill people and posts pictures of animals he mutilated: 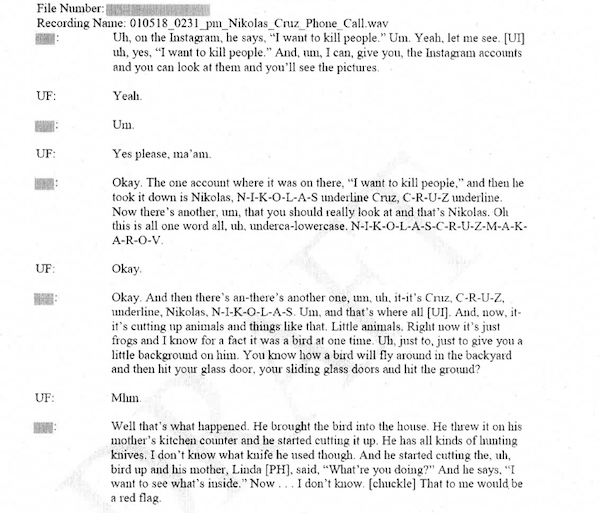 And at one point in the document below, she explains how Cruz had been thrown out of Parkland schools because of his anger and that she’s worried he will shoot up a school:

It’s hard to understand how this call didn’t motivate the person who took the call to immediately run to his manager and insist on immediate action. Maybe he did, but somewhere in the process, someone dropped the ball, but after reading the transcript (embedded below) it difficult to understand how something this incendiary was ignored.