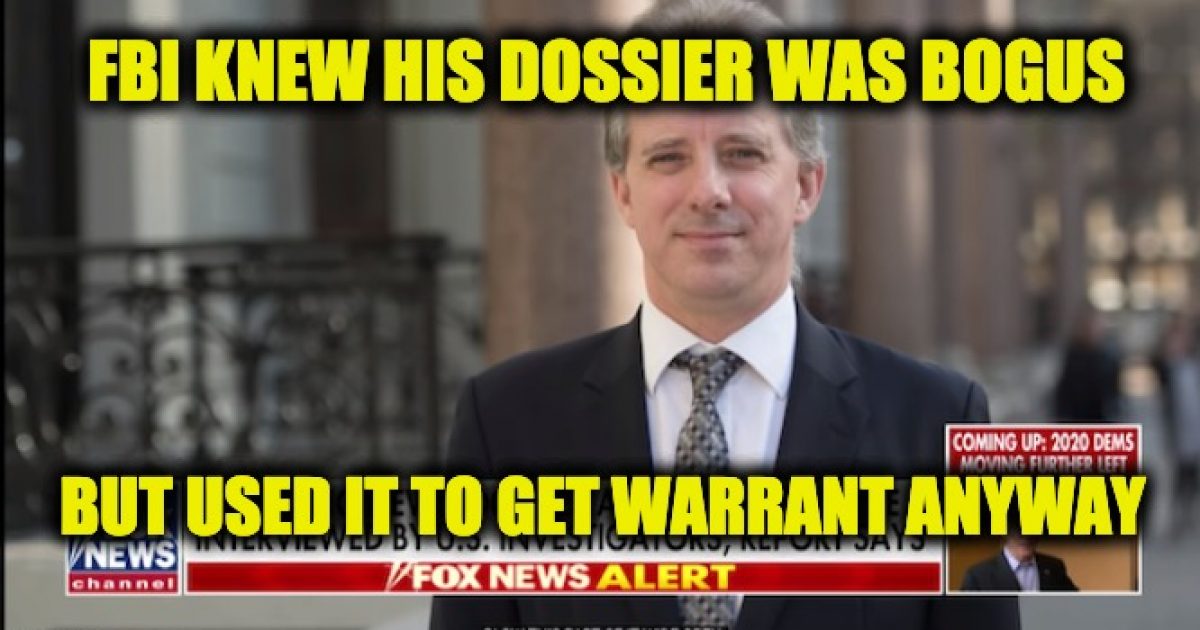 Information of this kind is tumbling out right and left now.  The latest update comes from John Solomon, who had an article at The Hill describing a spreadsheet referenced by his sources at the FBI in which each statement of fact from the Steele dossier was meticulously laid out.  It was reportedly a “months-long” effort to check out each item, although Solomon doesn’t say exactly when the process started.  It might have been as early as July 2016, given that Steele reportedly passed the initial portions of the dossier to his FBI contact Michael Gaeta in early July.  It was probably no later than the end of July, when “Crossfire Hurricane” was launched.

Whenever it started, however, Solomon’s report indicates that in early 2017, the FBI interviewed a Russian who was one of Christopher Steele’s “main providers of intelligence.” They came away quite dubious about the contents of the dossier.  According to Solomon, “The FBI came to suspect that the Russian misled Steele, either intentionally or through exaggeration.”

Especially worth noting: the significance of the “facts” thrown in doubt by this judgment.  Solomon offers these examples:

For example, U.S. intelligence found no evidence that Carter Page, during a trip to Moscow in July 2016, secretly met with two associates of Vladimir Putin — Rosneft oil executive Igor Sechin and senior government official Igor Divyekin — as part of the effort to collude with the Trump campaign, as Steele reported.

As examples go, that’s plenty.  Carter Page has always maintained that no such meetings happened. The suggestion that they did happen was never really credible, given the very high level at which Sechin and Divyekin operate in Russian power circles.  But more to the point, if these meetings are eliminated as verified or even probable events, there is zero justification for putting Carter Page under surveillance.  The hook for the FISA authority on him was his supposed connection, however brief or non-recurring, to Putin’s inner circle.  Without that, he’s just a guy — actually, an FBI cooperative source on some matters since 2013 — whose work in the energy industry took him to Russia to give a speech at a conference in 2016.

Solomon did a brief interview with Sean Hannity on Fox News on Tuesday. He pointed out that early 2017 was months before the expiration of the FISA authority on Page, and would have preceded at least two of the applications to the court to extend the authority.  The FBI had the conclusions in hand that most seriously undermined the contents of the dossier, and yet continued to seek renewal of the surveillance authority.

I would note two other things as well.

The probability — always high — that the FBI and DOJ were using the media reports from David Corn and Michael Isikoff to bolster the dossier’s appearance of credibility for the first application soars again.  The Corn and Isikoff articles also mapped back to Steele, as he shopped the information from his dossier around in media circles and to the DOJ.

One additional nugget from Solomon puts the icing on that particular cake.  He reports that some portion of the dossier’s “facts” consisted simply of things anyone could have pulled off the Web using a search engine.

One source estimated the spreadsheet found upward of 90 percent of the dossier’s claims to be either wrong, nonverifiable or open-source intelligence found with a Google search.

Several independent media analysts have suggested all along that quite a bit of the dossier was put together based on open-source research done by Nellie Ohr.  Whether she did it, or Steele himself ran a few Google searches (or both), acquiring the information didn’t require special access to sensitive Russian sources.  It apparently didn’t even need the journalistic connections of a Glenn Simpson, or some of the other associates in the Fusion GPS stable.  (Although Simpson probably had a hand in writing the eventual product, as his wife Mary Jacoby boasted in 2017.)

I doubt anyone is much surprised at this point.