FBI Investigating Teacher Who Called For Kavanaugh Murder On Twitter 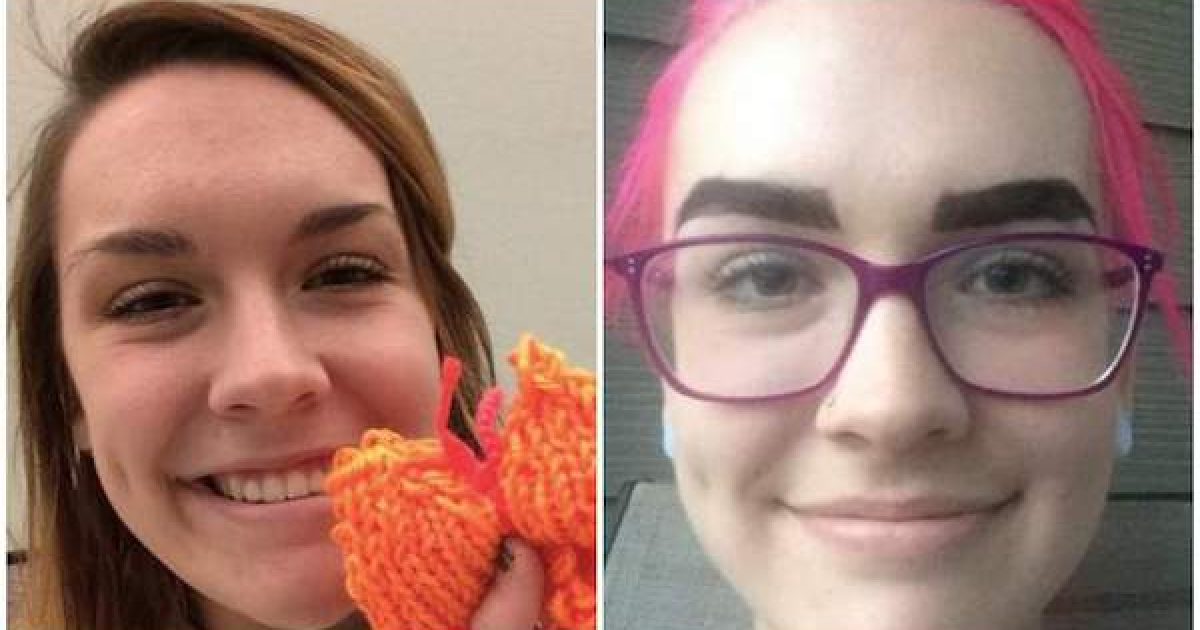 On Monday, Minneapolis/St. Paul ABC affiliate KSTPreported that the FBI is looking into a threatening tweet posted on social media Saturday that advocates for the murder of newly confirmed U.S. Supreme Court Justice Brett Kavanaugh.

“So whose [sic] gonna take one for the team and kill Kavanaugh?” the tweet read. The threatening message was removed, and we understand the Twitter account was deleted, but not before the tweet was captured for posterity: 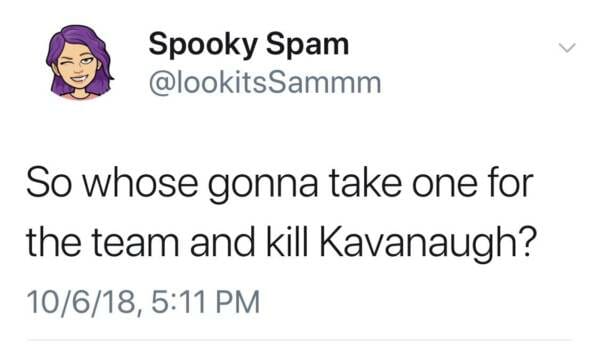 The initial tweet was followed up with a second that read “Brett kavanaugh [sic] will be dealing with death threats for the rest of his life being on the Supreme Court. I doubt my mid-west a*s is a real threat.”

A post at Heavy.com identified the person who sent the tweet as Samantha Ness, an employee with the Alliance Education Center in the Rosemount School District.

Prior to deleting her account, Ness’s Twitter bio read, “I don’t even know what I’m upset about.”

Her most recent tweet was posted late Monday morning. She wrote, “Being called a fat ugly c*nt by a random guy on Twitter is probably the highlight of my entire life.”

Over the weekend, the district has received a complaint regarding an employee. The employee has been placed on paid administrative leave pending the outcome of the investigation.

Pursuant with the data practices act, we are limited to providing additional information regarding this matter.

Paid administrative leave is school district talk for paid vacation.  She will probably be back to work as soon as things quiet down. Unless of course, the FBI wants to arrest her (doubtful but possible).

According to KSTP, local authorities are not investigating the matter since the tweet was reportedly sent from a home not located in the county.

Our Office is aware of an incident involving alleged social media use by an employee of a school withinDakota County. Neither the City of Rosemount Police Department nor our Office are currently investigating any incidents we believe to have happened at the school. (1/2)

The Federal Bureau of Investigation (FBI) is also aware of the incident and will follow up as appropriate.

Please contact District Superintendent Mark Zuzek at 651-423-8229 for further questions relating to the school district’s involvement in the matter. (2/2)

This ladies and gentlemen is an example if what is teaching our kids, and the fact that she will probably be allowed to keep her job is one of the joys of tenure.

Kavanaugh, the newest justice on the high court, is set to hear his first case on Tuesday.