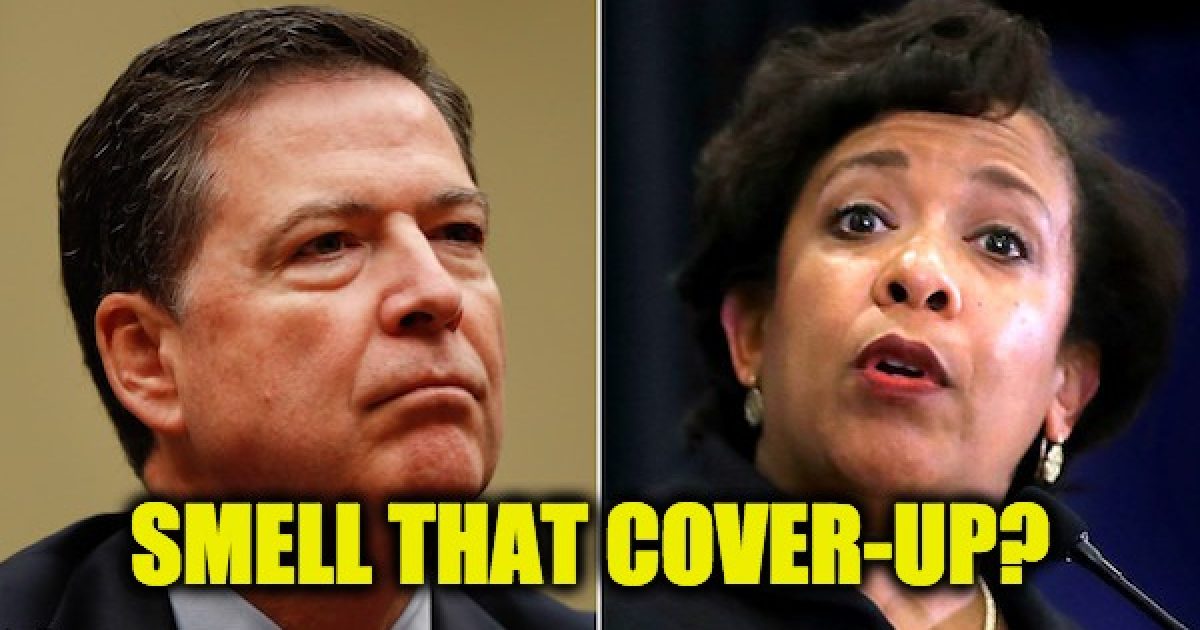 The extent of the FBI cover-up of its pro-Hillary/anti-Trump actions under Barack Obama is becoming more obvious every day. Newly released text messages suggested that the Mueller team lovers Peter Strzok and Lisa Page knew the outcome of the Hillary Clinton email server probe in advance, beyond that the FBI mysteriously “lost” five months of the anti-Trump pair’s text messages.

Fox News is reporting that of the nearly 400 pages of text messages between FBI officials Peter Strzok and Lisa Page turned over to Congress by the Justice Department, one suggested that they were aware no charges would be filed against Clinton before the bureau interviewed the Democratic presidential candidate, before Comey made his controversial speech allowing Hillary off the hook, and before AG Loretta Lynch announced her agreement with Comey by stating Hillary Clinton would not be charged.

One exchange between Strzok and Page, dated July 1, 2016, referenced then-Attorney General Loretta Lynch’s decision to accept the FBI’s conclusion in the Clinton investigation. Lynch’s announcement came days after it was revealed that the attorney general and former President Bill Clinton had an impromptu meeting aboard her plane in Phoenix.

“Yeah, that is awful timing,” Page agreed. In a later message, she added: “It’s a real profile in couragw [sic], since she knows no charges will be brought.”

The day after that text exchange, on July 2nd, Ms. Clinton was interviewed by the FBI,  On July 5th Comey gave his speech recommending against prosecution and on July 6th Loretta Lynch announced there will be no Hillary Clinton prosecution.

We knew Peter Strzok was in on the Comey speech, but now we learn they probably knew Lynch would agree, The text message indicates that not only was the fix “in” but people in the FBI knew the fix was “in.”

When Comey testified before Congress he claimed that his decision to exonerate Hillary was made after her testimony and that no one knew his decision before his speech on July 5th. The latest exchange indicates Comey may have committed perjury.

It gets worse—five months of the Peter Strzok and Lisa Page texts have been “lost” by the FBI.

According to a Saturday letter to FBI Director Christopher Wray from Sen. Ron Johnson, R-Wis., the chairman of the Senate Homeland Security Committee, the Justice Department provided 384 pages of messages to lawmakers on Friday. However, Johnson noted that additional texts sent between Dec. 14, 2016 and May 17 of last year were not preserved by the FBI’s system.

In a previous release of their text messages, we learned that On Aug. 15, 2016, Strzok wrote: “I want to believe the path you threw out for consideration in [Deputy FBI Director Andrew McCabe’s] office that there’s no way he gets elected – but I’m afraid we can’t take that risk. It’s like an insurance policy in the unlikely event you die before you’re 40 …”

The missing text messages cover the period when that “insurance policy” would have been implemented. And “coincidently” if one believes in coincidences, the day the five-month pause of lost text messages ended was also the day that Robert Mueller was appointed Special Prosecutor.

Folks, something smells rancid, when we lose confidence in the ability of the FBI to fairly administer justice, we lose confidence that the government can protect our freedoms. Congress needs to get to the bottom of this and fast.