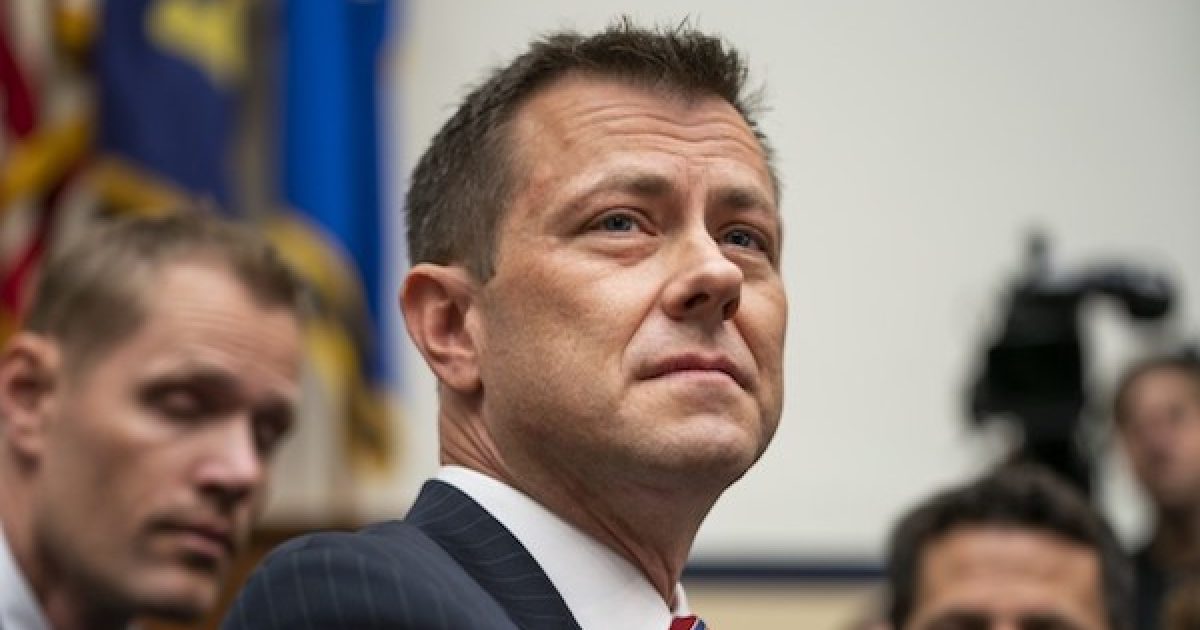 Well, that took too long.  Per the Washington Post, the FBI has fired Agent Peter Strzok, who helped lead the bureau’s investigation into Hillary Clinton’s emails and the Russian interference investigation finally got his rear end kicked out of the FBI because of the anti-Trump tweets.

Per Strzok’s lawyer,  FBI Deputy Director David L. Bowdich ordered the firing on Friday — even though the director of the FBI office of professional responsibility recommend only a demotion and 60-day suspension.

Strzok was escorted out of the FBI building in June and effectively relieved of work responsibilities, though he technically remained an FBI employee as he and his attorney challenged the effort to dismiss him. On July 24, they made a final pitch to Candice M. Will, who leads the FBI’s Office of Professional Responsibility.

Goelman said Will ultimately decided that Strzok face a demotion and 60-day suspension and be subjected to a “last chance agreement.” That would have put him on thin ice if he committed another offense. But Goelman said Bowdich overruled that decision and ordered Strzok’s termination.

In a statement to Fox News:

Strzok’s attorney Aitan Goelman blasted the bureau for the decision, saying the deputy director “reversed the decision of the career FBI official responsible for employee discipline who concluded, through an independent review process, that a 60-day suspension and demotion from supervisory duties was the appropriate punishment.”

He added, “The decision to fire Special Agent Strzok is not only a departure from typical Bureau practice but also contradicts Director Wray’s testimony to Congress and his assurances that the FBI intended to follow its regular process in this and all personnel matters.”

“This decision should be deeply troubling to all Americans,” the attorney said.

Sorry Aitan, but the only thing troubling about Stzok’s firing is that it took so damned long.

I wonder if they have a swearing out ceremony? Something like:

“Peter Strzok you sonofabitch! You lied your arse off and tried to overturn the decision of the American people in the presidential election. And you destroyed the reputation of the FBI.  Get the hell out of this building, do not pass go and certainly do not collect $200. You are a total embarrassment to anyone who you ever worked for. NOW GO F**K OFF