Why Do The Democrats Refuse To Allow FBI To Examine Its Hacked Servers?? 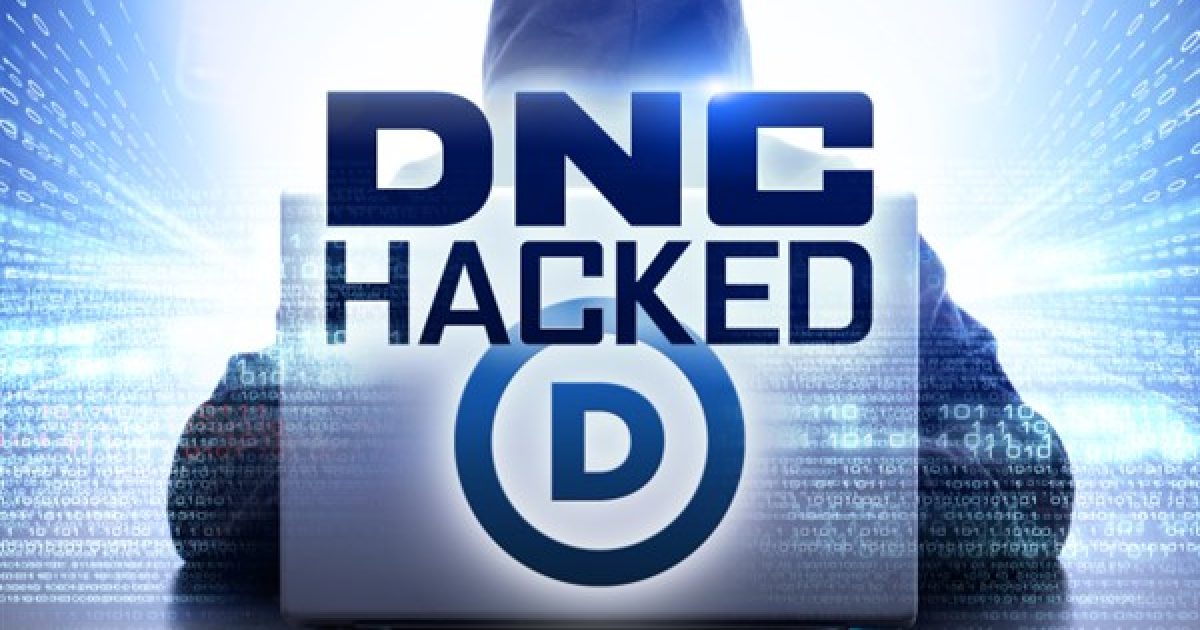 Does it have Cooties? A contagious disease? What is it? Many people don’t realize that the Democrats refused to let the FBI look at their servers as part of their Russian hacking investigation,  Instead, the FBI relied on a report, paid for by the DNC and prepared by a company that in a different case was caught lying about Russian despot Vladimir Putin.

He wasn’t saying the server was missing but was asking why the server data was never examined by the FBI.

“The FBI repeatedly stressed to DNC officials the necessity of obtaining direct access to servers and data, only to be rebuffed until well after the initial compromise had been mitigated…This left the FBI no choice but to rely upon a third party for information. These actions caused significant delays and inhibited the FBI from addressing the intrusion earlier.”

Both the FBI and the Democratic Party agreed that the crime-fighting agency based its decision to blame Russians for hacking into the DNC computers on a report commissioned by the DNC and generated by a company called CrowdStrike. Yes, our intelligence agencies agree it was all the Russians fault. But can one trust the veracity of that determination when the FBI relied exclusively on information from private digital forensics company Crowdstrike who were being paid by the Democratic Party? Doesn’t anyone besides the President (and me) wonder what the Democrats are hiding and why the FBI allowed the Democrats to get away with obstructing their investigation?

Crowdstrike may have a prejudice against Russia. In March of 2017, the  Voice of America VOA caught CrowdStrike creating a bogus and unrelated hacking charge against Russia, and making up the facts to prove its veracity. It seems that CrowdStrike is as politically motivated as everyone else in Washington, D.C.  The VOA caught Crowdstrike lying about a claim about Russian hacking damaging Ukrainian technology.

Per the VOA report:

The company who the DNC and FBI relied on not only made up a problem that didn’t exist but then blamed it on Putin’s Russia. Shouldn’t that call into question the entire premise that it was the Russians who hacked into the DNC?

Now I am not suggesting that Putin is a boy scout, he is a despicable tyrant. Was the report commissioned purely for campaign purposes? Based on the fact that the company has close ties to the Obama team, is friends with Hillary Clinton, and connected to Ukrainian oligarch Victor Pinchuk (another friend of the DNC), can we really believe the report was done without  DNC input? Did DNC members direct Crowdstrike toward the Russians, which the company already has a beef with?  And if everything was above board—why does the party still refuse to discuss why the server is a secret?

While appearing on CNN, DNC boss the foul-mouthed Tom Perez refused to directly answer questions about FBI access to the party’s servers that were allegedly hacked by Russians. Perez continued to maintain that it was all just a distraction and the DNC cooperated with the FBI

All the questions above need to be answered, but no one is really looking into it which gives people the same feeling Marcellus had in the first act of Hamlet when he told Horatio “Something is rotten in the state of Denmark”