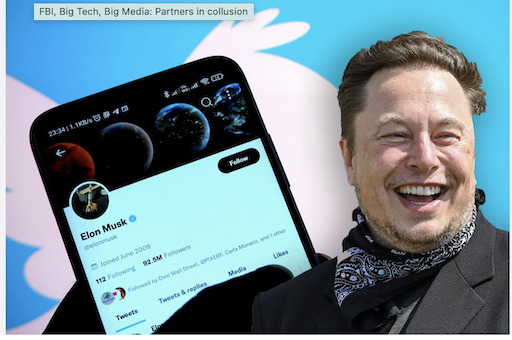 A deposition by FBI Supervisory Special Agent Elvis Chan proves that the FBI colluded with big tech to censor conservatives on social media and internet sites.

Corrupt agent Chan is one of the FBI thugs tasked with demanding the elimination of free speech for conservatives on Facebook just as the Hunter Bien laptop scandal broke back in 2020.

The information was released as part of a lawsuit filed against the Biden admin. by Missouri Attorney General Eric Schmitt.

“Since filing our lawsuit, we’ve uncovered troves of discovery that show a massive censorship enterprise,” Schmitt told the Daily Caller News Foundation. “Now we’re deposing top government officials, and we’re one of the first to get a look under the hood – the information we’ve uncovered through those depositions has been shocking to say the least.”

Dr. Anthony Fauci was deposed on Nov. 23 and reportedly claimed to not recall key details about his role in helping social media companies censor content about COVID-19.

Chan reportedly stated that the meetings were once held quarterly, but increased as the election neared to be headed “monthly” and then “weekly.” He also claimed that there “could potentially be a Russian ‘hack and leak’ operation shortly before the election.”

“It’s clear from Tuesday’s deposition that the FBI has an extremely close role in working to censor freedom of speech,” Schmitt said. “Stay tuned.

This is illegal. The FBI needs to be shut down. It is an illegal, unconstitutional, partisan, left-wing political operative. NOT a law enforcement agency.