Sen. Fauxcahontas Admits, ‘I Am Not A Person Of Color’ 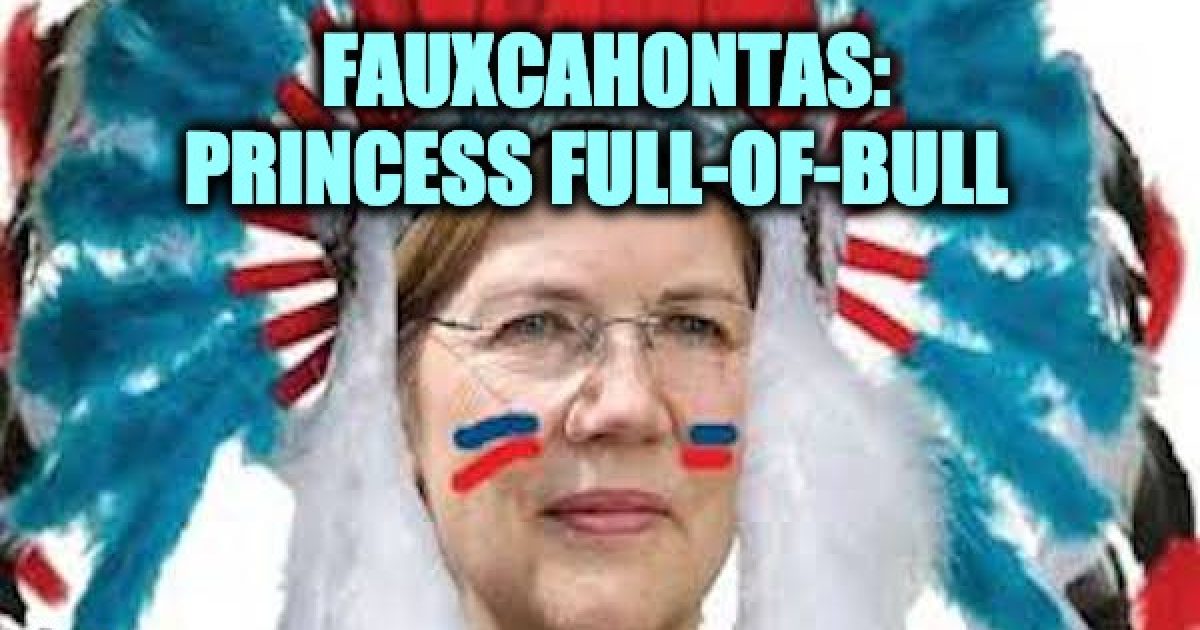 Giving a commencement speech at historically black Morgan State University in Baltimore, Senator Elizabeth  Fauxcahontas Warren, admitted she is “not a person of color.”

Warren, just two months removed from pushing the results of a DNA test as proof that she had very little Native American ancestry in her blood, was discussing opportunities and obstacles for minorities in her speech.

“As a country, we need to stop pretending that the same doors open for everyone, because they don’t,” Warren said.

“I’m not a person of color,” she added. “And I haven’t lived your life or experienced anything like the subtle prejudice, or more overt harm, that you may have experienced just because of the color of your skin.”

These comments come from a speech at Morgan State University, a historically black school in Baltimore. pic.twitter.com/FUdb0DMzj2

Part of the reason this is such a contentious matter is that Warren allegedly furthered her career by claiming minority status.

Politico reported in 2012 that Warren “listed herself as a minority law teacher for nearly a decade from 1986 to 1995.”

A Harvard Crimson piece in 1996 described her as Native American, while a Fordham Law Review article in 1997 even described her explicitly as a “woman of color.”

The 1997 Fordham Law Review piece described her as Harvard Law School’s “first woman of color,” based, according to the notes at the bottom of the story, on a “telephone interview with Michael Chmura, News Director, Harvard Law (Aug. 6, 1996).”

The mention was in the middle of a lengthy and heavily-annotated Fordham piece on diversity and affirmative action and women. The title of the piece, by Laura Padilla, was “Intersectionality and positionality: Situating women of color in the affirmative action dialogue.”

“There are few women of color who hold important positions in the academy, Fortune 500 companies, or other prominent fields or industries,” the piece says. “This is not inconsequential. Diversifying these arenas, in part by adding qualified women of color to their ranks, remains important for many reasons. For one, there are scant women of color as role models. In my three years at Stanford Law School, there were no professors who were women of color. Harvard Law School hired its first woman of color, Elizabeth Warren, in 1995.”

She claimed she had no knowledge that Harvard was pushing that status, but for a decade prior, Warren self-identified as a minority professor and only stopped and went back to listing herself as white once she made it to Harvard Law.

As stated, Warren published the results of an ancestry test which was supposed to “prove” her Native American Ancestry. Those results became a fresh source of mockery for the senator, as they concluded she could be 1/1024 part Native American. To put that in perspective, she has less native American Blood than the average American.

My family (including Fox News-watchers) sat together and talked about what they think of @realDonaldTrump’s attacks on our heritage. And yes, a famous geneticist analyzed my DNA and concluded that it contains Native American ancestry. pic.twitter.com/r3SNzP22f8

President Trump has used the mocking nickname “Pocahontas” for Warren, and that test proved he was correct. Based on statistics if you pick out a random person off the street, chances are they will have more Native American blood than Warren.

Despite what CNN has tried to push, Warren’s antics have been and still remain a significant problem for her candidacy.

The DNA test publicity stunt backfired, and advisers close to her encouraged Warren to drop the matter and even apologize for it.

“Elizabeth Warren’s web of lies continues to play out on the national stage as she tries and fails to put this whole sordid saga behind her,” Michael Reed, Deputy Communications Director for the RNC said in a statement.

The polls are now indicating the lousy publicity is starting to take a toll on Warren.

And good luck pulling out of a polling tailspin while trying to explain your motives for such a story.

Democrat voters aren’t going to want their candidates who actually have minority status being overshadowed by one who’s been pretending to have it.