Doesn’t Senator Graham Understand That Dr. Fauci Is The Science? 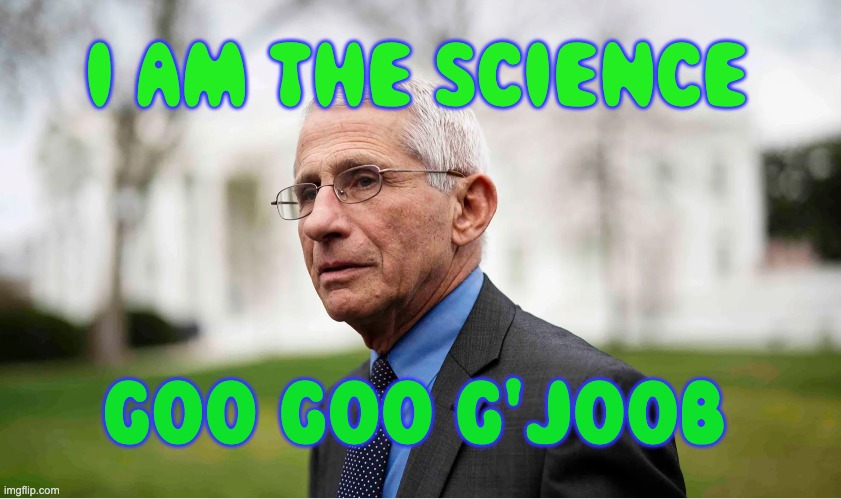 There is a great deal of debate raging right now over the possibility that the COVID-19 pandemic wasn’t the result of a freak transference from bats to humans at a wet market in Wuhan, China, but rather that the illness leaked from a lab just up the road. But, of course, we all know that Bruce Wayne would have been involved if it originated from eating a bat. After all, he IS the Bat-Man (Bruce Wayne is Bat-Man, not Dr. Fauci. Fauci Is the science.)

There is a great deal of gravity to this debate, as well.  Should the lab-leak theory be proven true, and it seems to be gathering steam, China’s lack of transparency about COVID-19’s severity during the early stages of the outbreak would be seen as an attempt to cover up their own mistake, and it will have cost untold numbers of lives.  This would effectively put China on the hook for the entire once-in-a-century event, and there is little doubt that the world would be looking for recompense.

In the middle of this debate is Dr. Anthony Fauci, one of America’s top epidemiologists, whose statements on the subject of the lab leak theory haven’t been too well-received of late. Even though support for the lab leak theory is growing, he is still pushing the someone ate a sick bat theory.  It really appears that Fauci has been protecting China instead of looking out for the U.S.

Senator Lindsey Graham is none too pleased about it, especially given how much support the US had given the lab from which the virus may have escaped and that it may have been Fauci who allocated the funds to the lab.

From a recent appearance on FNC:

“Not only did people die, but anybody who suggested it may have come from the lab in China, and competence in the lab in China infected the entire world, they were written off as right-wing,” he said. “Tom Cotton, President Trump was vilified. I’ve got a letter going to Dr. Fauci from myself and Senator Paul, asking him about the op-ed piece of the two scientists who believe that the sequencing of the Coronavirus proves almost positively that it came from a manmade laboratory experiment, not from nature. So how could they know so certain in 2020 February that the lab leak theory was a bunch of right-wing propaganda when it seems to be more likely than not today?”

“I smell a rat,” Graham continued. “This letter written by the scientist, I think, was designed to stop an inquiry because their ass was in a sling. They actually had a relationship with the Wuhan lab. And if it had been a lab leak, Trump would have been right. And oh my God, what would have happened if Trump was right about the source of the virus. This doesn’t pass the smell test. I’m not a scientist, but I understand conflict of interest. And I am going to ask until the cows come home. How did you know for sure, in 2020, it came from nature? How did you exclude the lab leak theory? And why is it more prominent today than it was back then? What happened?”

As for Fauci, he was interviewed by Democratic Party operative Chuck Todd on Wednesday and declared that he is more than a doctor. He was science.

A lot of what you’re seeing as attacks on me are, quite frankly, are attacks on science because all of the things I have spoken about from the very beginning consistently have been fundamentally based on science,’ Fauci said during Wednesday’s interview.

‘If you are trying to get at me as a public health official and scientist, you’re really attacking not only Dr. Anthony Fauci, you are attacking science. And anybody that looks at what is going on clearly sees that. You have to be asleep not to see that.’

To put that thought in the same way the Beatles would if they were releasing Magical Mystery Tour today, what Fauci was saying was, “I am the liar, they are the liars I am the science,goo-goo g’joob.”