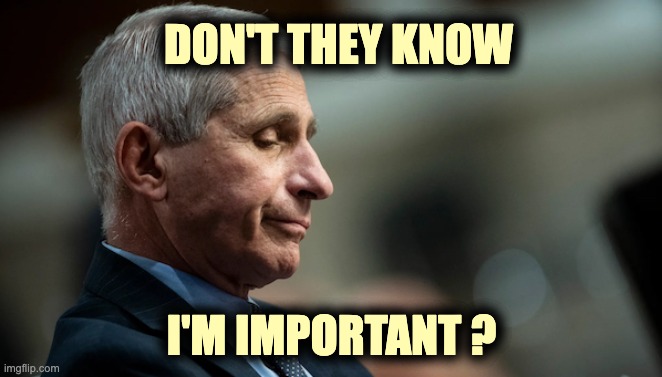 We have an update on that lawsuit some State AGs and some scientists have taken up over coordinated suppression of information relating to COVID.

Fauci and Biden’s White House both just took an ‘L.’ The judge ruled both Fauci and the White House will be required to give up records relevant to the lawsuit accusing the Biden administration of colluding with private companies to silence dissenting voices.

The last time ClashDaily looked in on this case, we had learned that some 50+ Biden Officials from more than a dozen different agencies — including officials from the White House itself — were implicated in the behavior at the center of the lawsuit claiming the government used big tech 3rd parties as a workaround for constitutional prohibitions against silencing dissenting speech. You can read that here: 50+ Biden Officials Busted For Using Big Tech Proxies To Crush Political Dissent.

The same administration that played hardball with Trump over his records, with little or no regard for questions of privilege, was fighting like hell to keep theirs out of reach of this lawsuit.

Attorneys for Louisiana and Missouri alleged the government had been illegally colluding with their Big Tech buddies. The lawsuit is going forward, but not everyone has been forthcoming with answers to questions posed by the plaintiffs or to providing the relevant subpoenaed documents.

Whose records are they withholding, and who has been ducking questions?

It’s none other than the slippery saint of hand sanitizer himself, Little Lord Fauci, better known to our readers as the prevaricating authoritarian smurf the MSM believes can walk on water.

The government doesn’t think he should have to answer any tricky questions about collusion or the suppression of speech. The man is capital-S Science personified, after all. Just ask him. He’ll tell you.

And while we’re at it, Biden’s spokes-muppet should get a pass, too, they claimed while withholding records and responses from Press Secretary’KJP’.

The judge didn’t see it that way. They need to answer the questions and give up the records.

Their respective roles in crushing dissent in the Lab-leak theory, masks, and lockdowns make such questions relevant to the lawsuit … and even the relevance of the Hunter Laptop suppression story made it into the official court records.

It’s one thing to be smug and slippery when running out the clock in a Congressional hearing. It’s quite another when you are at the center of a civil suit like this.

Suddenly, those slippery games which let him survive the DC swamp through 7 Presidencies won’t be able to get him out of this one. He might be able to sneer at the authority and oversight of Congress, but a sitting judge is another matter.

It’s interesting to note that Big Tech companies’ replies to subpoenas include several officials and agencies that the government’s responses to the subpoena somehow managed to leave out.

After two years of Biden’s government throwing criminal charges or Swat Team raids on anyone who didn’t give up everything THEY demanded in a subpoena on a timeline THEY thought was acceptable, this stonewalling sure is telling about how they consider themselves above the law, isn’t it?