Author of 2nd Fake Trump Dossier Proves it Was Clinton Who… 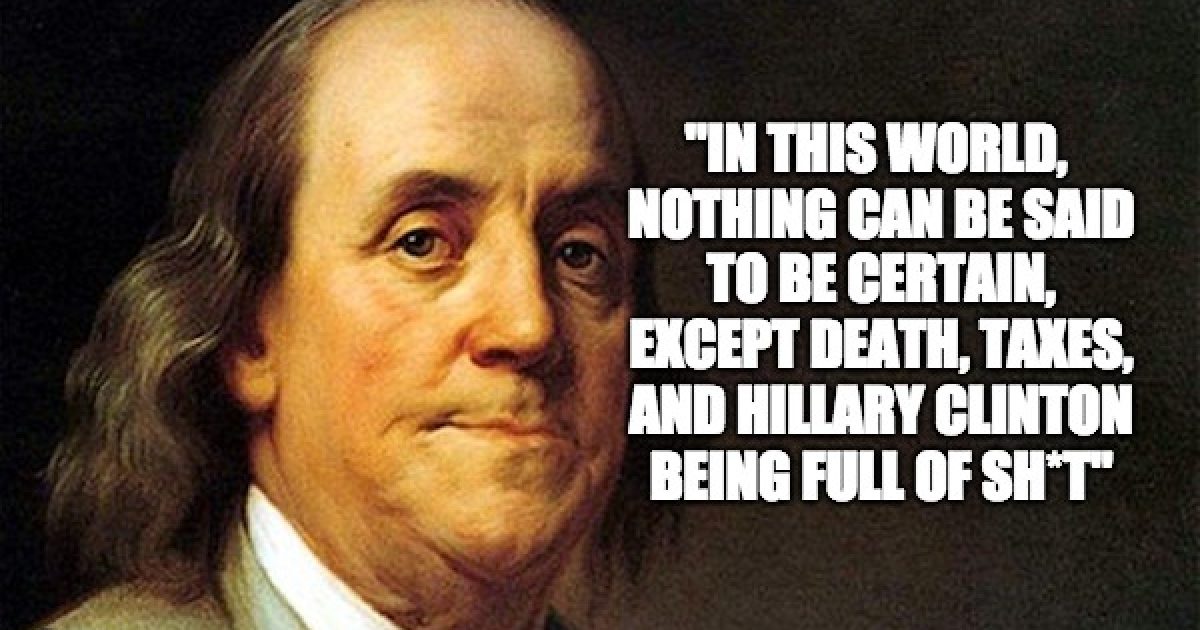 With news about yet another fake Trump dossier created to hurt the POTUS and with the proof of who wrote it and where it came from, it seems we now have incontrovertible proof that it was Hillary Clinton and the Democrat Party that colluded with the Russians to affect the outcome of the 2016 election.

By now, most of America is familiar with the fake “Trump dossier” paid for by Hillary Clinton’s failed 2016 presidential campaign and aimed at besmirching Donald Trump to keep him from being elected president. But now news has broken wide about a second dossier and the author of this one leaves little doubt about who is guilty of collusion and who is not.

The original “Trump dossier” now lies at the heart of what can only be described as a coup attempt against the duly elected President of the United States, Donald J. Trump.

It was written by a fired spy who once belonged to Britain’s MI5 and who essentially made up a bunch of lies against Donald Trump that anti-Trump deep state forces illegally used as a basis to start this fake “investigation” into “collusion” between Trump and the Russians. It was originally intended to start a whisper campaign among the media to hurt Trump during the 2016 election and was paid for by Hillary Clinton and the Democrat Party. But, the allegations are so silly that even the left-wing media couldn’t excuse using the document because not a single thing in it could be proven. Indeed, the lies were so absurd that the media couldn’t even find anyone to pretend to substantiate any of it.

That is the more famous “dossier,” the one that has been in the news since BuzzFeed released the whole lie-filled mess in January

But, not long ago, news reports noted that there is a second such document, one that was also shopped around and paid for by the Clinton campaign.

As reported by Western Journalism:

The dossier in question was written by Cody Shearer, a notorious Clinton fixer. It was passed to the Department of State by Sidney Blumenthal, a friend of Shearer’s and another Clinton operative.

The eight-page document eventually made its way to the FBI through Christopher Steele, the former British spy who wrote a dossier of his own.

While the FBI is reportedly investigating the claims made in the Shearer memos, one person who discussed the document with Shearer during the campaign says it appeared at the time to be a ruse.

According to the source, who spoke to The Daily Caller News Foundation on condition of anonymity, Shearer claimed that members of Russia’s spy service, the FSB, had video tape of Trump engaged in sexually compromising acts.

Naturally, no such video has ever surfaced. And there is a reason for that. It is because it is all a lie. This second dossier is no more filled with truths than the first one. Nothing contained in this Shearer document ever happened. In addition, officials are now admitting that the allegations in Shearer’s document were likely just lies thrown out by a Russian spy agency and it was meant to send Americans into a tizzy. It was also meant to extort money out of someone, anyone, who would pay the Russians for the non-existent tape the Shearer report claimed existed.

“The whole thing stinks,” an anonymous government official said of the Shearer document.

Indeed, the government official also noted that Shearer is not a very trustworthy source. In fact, because of his connection to the document, few people in a position to do anything about it gave the thing much credence. Shearer was “not a guy with a whole lot of credibility,” the source said.

Now, think of what this means, won’t you? It is pretty much proof that it was Clinton who colluded with the Russians to affect the 2016 election, not Trump. After all, it was a Clinton operative who authored this fake report and then shopped it around to the media and to law enforcement to make it an issue during the election. And since we know it was a false flag effort by a Russian spy agency and that Clinton’s people happily aided the Russians to disseminate the lies… well, isn’t that collusion?

Indeed, it is the very definition of collusion.

This Shearer character also has a long-unsavory, history and has been under investigation multiple times. He is also intimately connected to left-wing groups and the Clintons:

Shearer first gained notoriety in 1991 when he was involved in spreading the false claim that then-Vice President Dan Quayle purchased drugs from Brett Kimberlin, a drug dealer who was the culprit behind the Speedway bombings. It turned out that Kimberlin made up the story about Quayle. He is now a left-wing political activist.

Shearer, whose brother-in-law is Brookings Institutions President Strobe Talbott, was also reportedly investigated by the State Department’s inspector general in the late 1990s for allegedly misrepresenting himself as State Department official during negotiations with associates of a Bosnian warlord. Shearer was reportedly paid at least $25,000 in exchange for helping the warlord.

This guy is pure scum. But he has proven that it was Clinton, not Trump who colluded with the Russians.

Now, imagine how the media would be braying if all this really had been done by a Republican? It would be said to be incontrovertible proof that said Republican was an enemy of the state. And yet, since it is all connected to the Clinton/Obama machine, the media pretends it never happened.