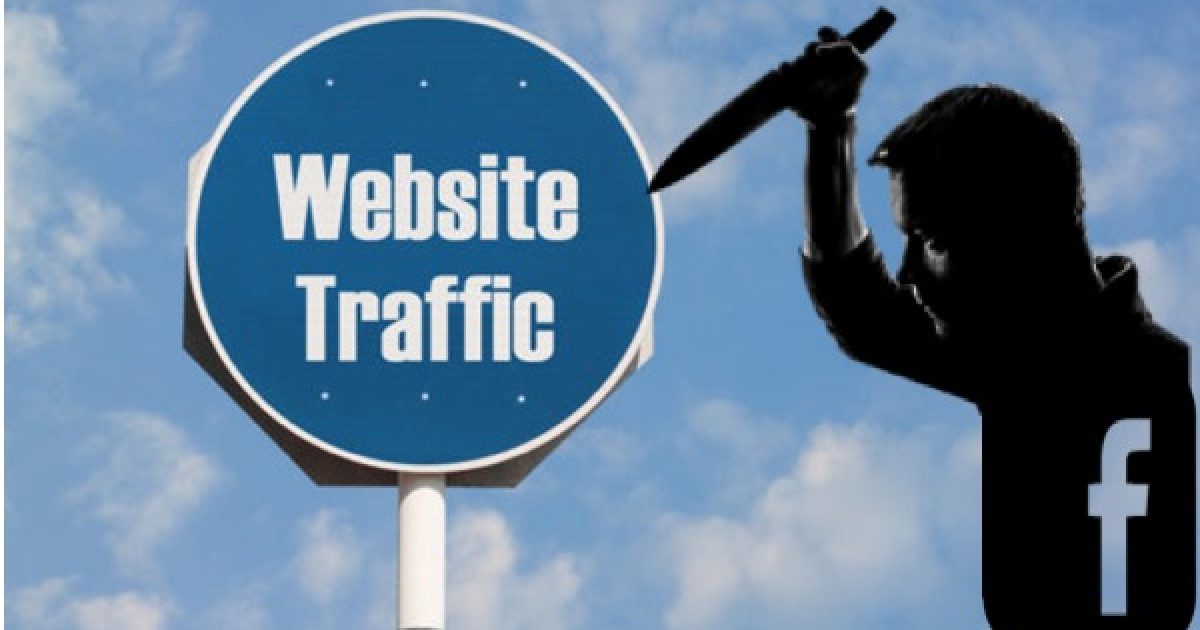 On Wednesday’s Lid Radio Show Ed Morrissey and I had a long discussion about how Facebook changed their algorithms to hurt Conservative sites and help liberal sites. For years Facebook was the way blogs on both sides of the aisle built their traffic. And now many because they are trying to control the national agenda, Facebook changed its algorithms and some right of center sites are closing, others are laying off people.  As Ed said at one point of our discussion, ‘live by Facebook, die by Facebook.” The truth is unless it is a mega site like Hot Air, a conservative site like this one is going to be hurt somewhat by Facebook’s attack on conservatives. It means longer hours, more time trying to generate an audience. And despite all the extra work traffic is still down. Not a complaint, just the facts.  But is also why the article below by my colleague Joe Newby is so important. Please give it a read to understand that in a way your news choices are being decided for you. Thanks-Jeff

Liberal publishers have gained about 2 percent more web traffic from Facebook than they were getting prior to the algorithm changes implemented in early February.

On the other hand, conservative publishers have lost an average of nearly 14 percent of their traffic from Facebook.

Whether intentional or not, Upper said, the change “has in effect censored conservative viewpoints on the largest social media platform in the world.”

As a result, he added, some conservative publishers have been forced to downsize or fold completely. In the long-term Facebook “could swing elections in the United States and around the world toward liberal politicians and policies.”

These results aren’t new, as we reported earlier, but Upper noted that his analysis used a slightly different methodology than The Outlet:

These results are similar to the “surprisingly profound and partisan” findings of analysis conducted by The Outlet. However, whereas The Outlet analyzed user engagement on Facebook itself, The Western Journal looked at traffic to actual traffic driven to news websites by Facebook, which directly impacts revenue for these sites.

To conduct this evaluation, The Western Journal selected 50 publishers known to receive a significant amount of online traffic from Facebook. These publishers include traditional print or television outlets such as The Washington Post, CNN and Fox News, as well as new media outlets like Salon, Vox and The Daily Caller. (The full list of publishers appears in the chart below.)

The Western Journal then assigned each publisher a number between 0 and 100 based on Media Bias / Fact Check News, a third party website that analyzes publishers for political bias and places them on a continuum between “extreme left” and “extreme right.”

Next, The Western Journal checked the monthly Facebook traffic for each of these sources using data from global digital market intelligence company SimilarWeb and compared January traffic to traffic from Feb. 4 through Mar. 3, adjusted for the slightly shorter time period. According to available internal data, Facebook began rolling out this major algorithm change on Feb. 6.

The results should surprise no one.

“The 25 on the liberal side of the scale averaged a 1.86 percent boost in traffic from Facebook, whereas the 25 news organizations on the conservative side averaged a 13.71 percent decrease in traffic,” the report said.

CNN — the cable outlet once dubbed the “least-trusted” name in network news — saw its traffic increase by 43.78%.

The Independent Journal Review, on the other hand, saw a “whopping 76.49 percent” decrease in traffic.

“Fox News was the only conservative site that saw significant growth in this calculation,” the report said.

Is this deliberate? Upper conceded that it’s “possible that the benefit to liberals sites and the harm to conservatives is unintentional, a side effect of Facebook’s well-known ‘move fast, break things’ attitude.”

But the article cites a quote attributed to Campbell Brown, a former anchor on NBC and CNN who now heads Facebook’s news partnerships team:

This is not us stepping back from news. This is us changing our relationship with publishers and emphasizing something that Facebook has never done before: It’s having a point of view, and it’s leaning into quality news. … We are, for the first time in the history of Facebook, taking a step to try to to define what ‘quality news’ looks like and give that a boost. [Emphasis added]

“Based on The Western Journal’s analysis — and an overwhelming amount of insider reports from new media publishers — it is clear that Facebook’s definition of ‘quality news’ is news with a liberal slant,” Upper said.

“How this manifests in the coming months is not totally clear to us right now,” Campbell said at the Recode event. “These are conversations we’ve just started having with a lot of publishers. But in terms of us taking a big step in that direction, I think, yes, I think this is, I think this is us having a very clear point of view.”

Facebook’s actions, unfortunately, have had real consequences for real people, like Tanya Grimsley, a marketing pro whose expertise with Facebook has benefited a number of conservative sites.

“I have been in this field since November 2008,” she told me. “I climbed my way from the bottom to near one million Facebook likes without the help of boosting and buying likes.

“What I have seen in the last year, and even worse, the last three months is devastating. My two sites roared with presence. Only putting out actual news stories, verified stories. I have been struck so hard it’s depressing.”

Grimsley said her reach is down over 80% in March and was down over 70% in February.

“Last year was the worst year I have ever had on Facebook,” she added, further telling the Conservative Firing Line that she has been “tip-toeing around all their stupid rules” only to be hidden from the people who chose to like her page over the years.

“I can tell you that my job came about because of my skills on Facebook. My skills are pretty much no longer needed due to the dirty deeds of Facebook,” she added.

Trump’s election victory was the Reichstag fire of internet censorship. The fury and conspiracy theories that followed were not just about bringing down President Trump, but ending free speech online.

If Trump’s victory was the Reichstag fire, perhaps we’re seeing the beginning of an online Holocaust where non-PC voices will be stamped out forever.

Is that the ultimate goal? And what will the Internet look like once Facebook and other tech companies complete their “Final Solution?” Will it be a place where every opinion and voice is welcome, or will it resemble Europe at the end of World War II, a bombed-out husk of its former self, riddled with the decaying corpses of those who simply wanted to express themselves?

There are alternatives to Facebook, like Tea Party Community, MeWe, ProAmerica Only and others. There’s even a social media site for Christians — SocialCross. But Facebook remains the 800-pound gorilla in the room and that’s probably not going to change anytime soon.

The bottom line is that Congress needs to act — fast — before it’s too late.

We reached out to Facebook for comment but did not receive a response at the time of this writing.