What Do Facebook, The FBI, and The DOJ Have in Common? 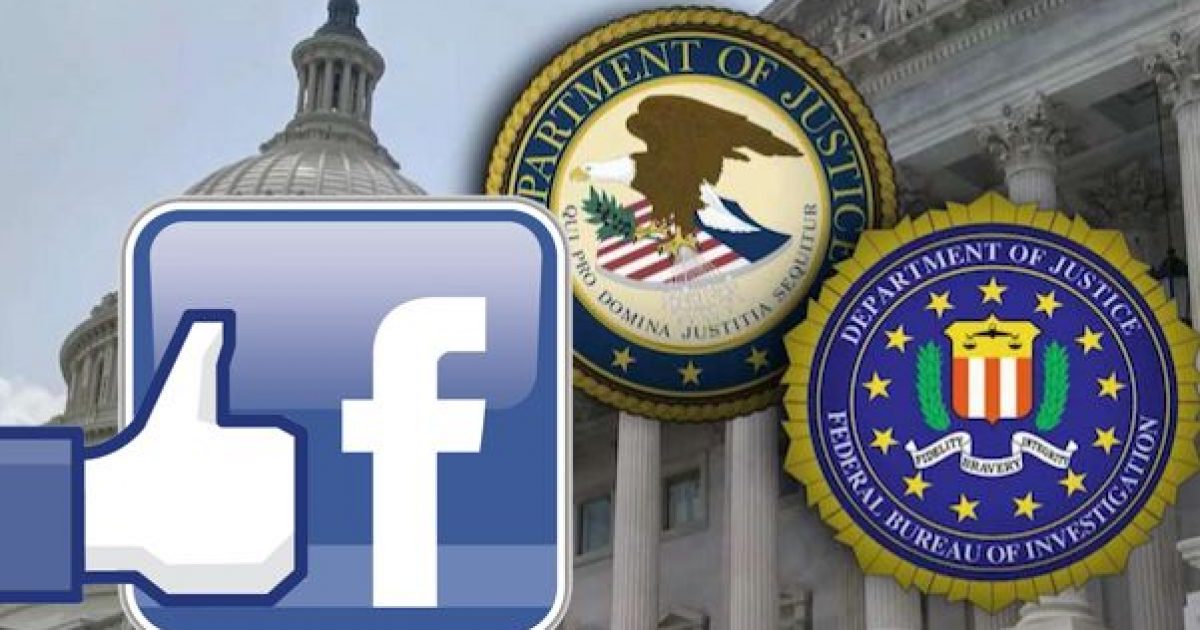 As of now, the FBI and Justice can’t seem to be able, to tell the truth, it’s just that simple. In a Rasmussen survey, people said, “ Half Say that the FBI and DOJ Broke the Law to Block Trump Presidency.” The MSM and Facebook aren’t viewed much better.

Then there is Facebook, in a Business Insider survey they found that 81% of people surveyed said, “have little to no confidence Facebook will protect their data and privacy. The results also reported a massive, 58% of respondents said they were not at all confident about security.

On April 9, 2018, Facebook began notifying 87 million users that their personal data may have been breached.  Just a few days ago Facebook admitted that 3 million additional user accounts were hacked. In reaction to these attacks, Facebook commented, “we have no way of knowing if even more accounts have been hacked.”

The common thread among the three is a loss of trust. The FBI and Justice are out there to protect our rights and yet there is mounting evidence that the leadership of both agencies was breaking the law themselves.  They were trying to change the outcome from the election and after Hillary lost they were and are I sill believe trying to get rid of the President even if it means they will break the law to achieve that end. They think their purpose is the high ground and to achieve their goal the law doesn’t matter. Too many of the people in high places in the FBI and Justice Departments believe they are not subject to the law, and it is unimportant to them that our rights are also under attack. We see every day the abuse of power and that the law doesn’t matter. If the law enforcement leadership don’t believe in the law then what do we as a nation stand for?

The Constitution explicitly gives the Congress oversight for the FBI and Justice Department, and yet the leadership of these two agencies believes that it is the other way around. FBI and Justice think they get to decide what and when the Congress sees the evidence. If the police believe that they are not accountable to anyone, then we no longer have a Democracy.

I’m in “Facebook jail” I have been locked out of my Facebook account. So I can no longer use Facebook as a platform to market my books. When I tried to find out why I was banned, this is the response I got from Facebook. “Upon investigation, we have determined that you are ineligible to use Facebook. Unfortunately, for safety and security reasons, we cannot provide additional information as to why your account was disabled. This decision is final.”

Does this Facebook statement sound like the same words coming from Justice and the FBI when the Congress asks for information on the actions of the agencies as part of their oversight responsibility? Facebook has made a decision, and they don’t have to give me any specific reason why they have banned my books. The FBI and Justice don’t tell Congress why they are not responding they say, “we’ll get it to you in the future.”

Facebook in their decision to ban my books decided to affect my life.  For the most part, many of the people in government will not challenge the FBI or Justice and many oversight committees in the past have refused to call them out to prove what they say and are doing is legal.

Who has the oversight responsibility for Facebook? The boards of directors of Facebook have that responsibility, but are they doing their job? “The sheer volume, magnitude, and frequency of Facebook’s controversies strongly suggest that the company’s whack-a-mole approach is insufficient.  Facebook needs to institutionalize stronger risk oversight mechanisms,” Trillium Asset Management said in a letter to fellow Facebook shareholders.

In June 2014, Harvard Law scholar Jonathan Zittrain wrote an essay in the New Republic called, “Facebook Could Decide an Election Without Anyone Ever Finding Out,” in which he called attention to the possibility of Facebook selectively depressing voter turnout. In his recent testimony before Congress Zuckerberg said to Texas Senator Cruz, “Silicon Valley “Extremely Left-Leaning” Place, “I Understand your concern.”

I hope that we can drain the swamp and bring back prestige, honesty, and integrity to the FBI and the Justice Department. It is also my hope that boards of directors like those at Facebook will protect the rights of all of their users and never again allow their company use the words, “ Upon investigation, we have determined that you are ineligible to use Facebook. Unfortunately, for safety and security reasons, we cannot provide additional information as to why your account was disabled. This decision is final.”