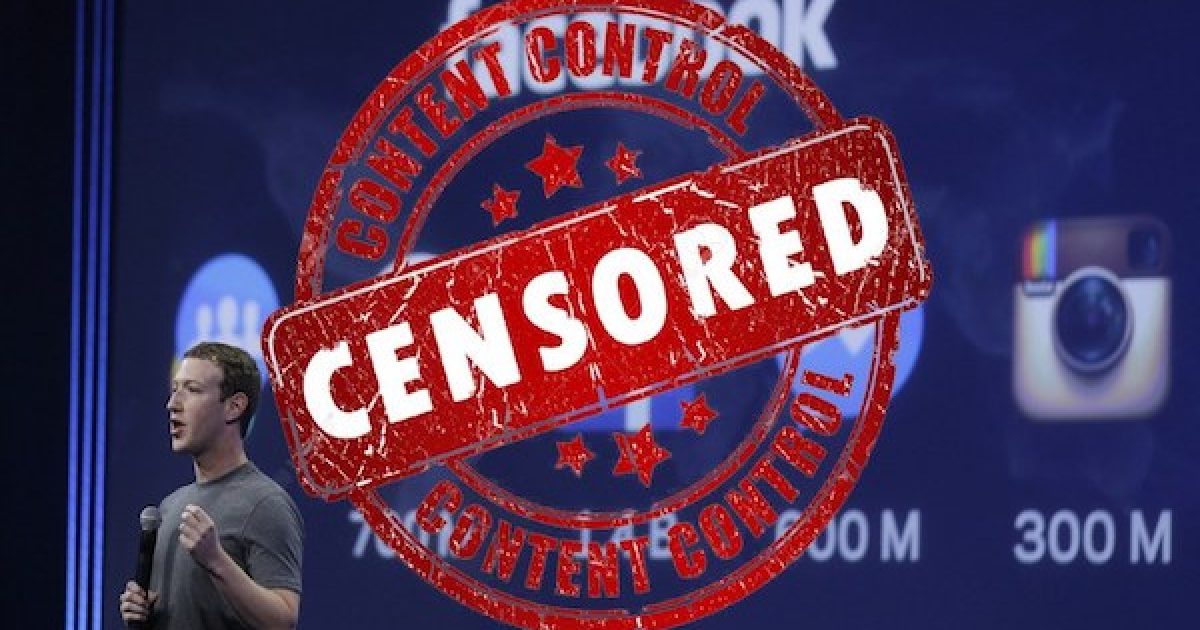 A recent investigation by the tech magazine WIRED, has caught Facebook red-handed in dealing rather nefariously with conservatives.

After a 2016 Gizmodo investigation found that Facebook had “routinely suppressed news stories of interest to conservative readers from the social network’s influential ‘trending’ news section,” the executives at Facebook were left scrambling to de-escalate the damaging news. Facebook executives first sent a letter to Congress and the Federal Trade Commission arguing that the story was factually inaccurate. Then the company organized a conference where they invited more than a dozen leading conservatives in an effort to build trust between conservatives and the company.

However, the conference was simply a red herring devised by Facebook’s leadership to divide their opposition and ensure that Facebook could continue to work against America’s conservatives.

Facebook decided, too, that it had to extend an olive branch to the entire American right wing, much of which was raging about the company’s supposed perfidy. And so, just over a week after the story ran, Facebook scrambled to invite a group of 17 prominent Republicans out to Menlo Park. The list included television hosts, radio stars, think tankers, and an adviser to the Trump campaign. The point was partly to get feedback. But more than that, the company wanted to make a show of apologizing for its sins, lifting up the back of its shirt, and asking for the lash.

According to a Facebook employee involved in planning the meeting, part of the goal was to bring in a group of conservatives who were certain to fight with one another.They made sure to have libertarians who wouldn’t want to regulate the platform and partisans who would. Another goal, according to the employee, was to make sure the attendees were “bored to death” by a technical presentation after Zuckerberg and Sandberg had addressed the group.

The power went out, and the room got uncomfortably hot. But otherwise the meeting went according to plan. The guests did indeed fight, and they failed to unify in a way that was either threatening or coherent…

The entire story is important and continues on to discuss how Facebook is changing the game in news reporting. There are details about the “fake news” epidemic, and on Mark Zuckerberg’s run-in with Rupert Murdoch, and on President Trump using Twitter to win an election, while Hillary Clinton’s crack staff couldn’t muster an adequate social media response. There is much to be worried about when it comes to Facebook’s influence and this investigation doesn’t give anyone much reason for hope.

Two years ago Facebook was one of the leading ways to start and build a website, but since they have done their best to weed out conservative content.

Today, Facebook actually present a greater danger to our culture, civilization and balanced news than it does an opportunity for growth. Liberals have gone crazy ripping the FCC for their recent vote to eliminate net neutrality. Rather than net neutrality which places restrictions on the packages internet providers can offer perhaps the FCC should investigate the need for fairness in social media content providers such as Facebook and Twitter, both of which censor conservative thought.