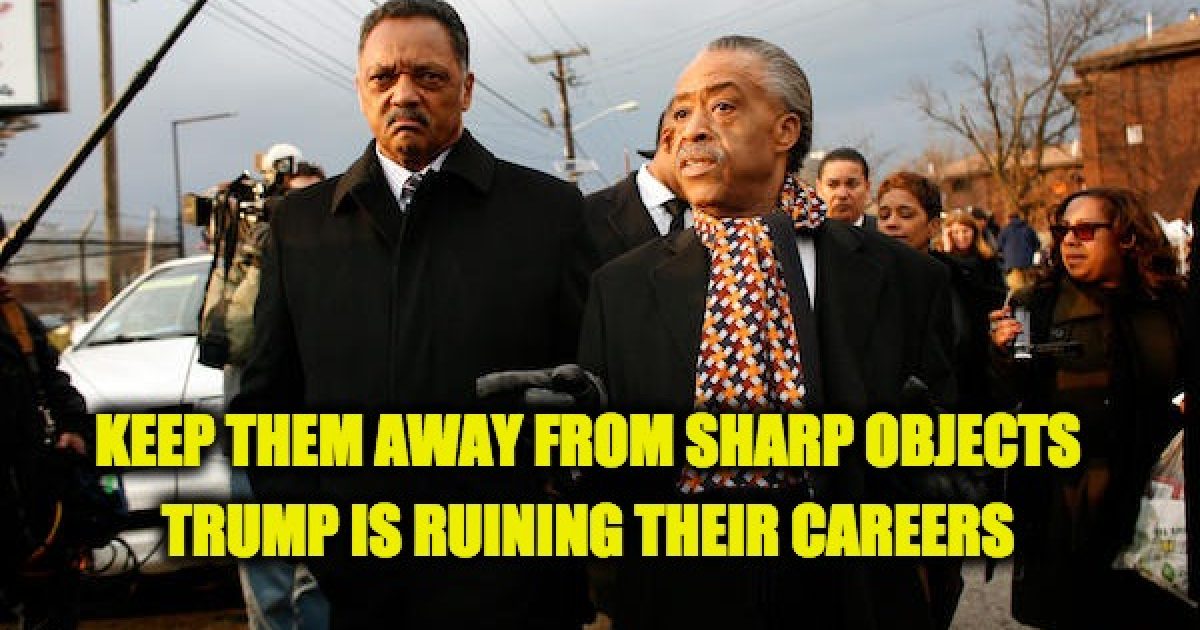 Uh-oh, better keep Al Sharpton and Jessie Jackson away from sharp objects, this honest statement is going to make them very depressed.
Darrell Scott, an African-American pastor, raised eyebrows with his proclamation that President Donald Trump will be the most pro-black president in his lifetime. Pastor Scott is correct and unless President Trump changes his policies, the careers of frauds like Al Sharpton and Jessie Jackson will be ruined. What will they do now that GOP policies are helping America’s black population?

The Pastor-Scott made his statement during a gathering of pastors and religious leaders held at the White House on Wednesday:

Scott, a co-founder of President Trump’s National Diversity Coalition who is African-American, was one of nearly 20 inner city pastors and faith leaders attending the meeting, where lawmakers were also present.

“This is probably the most pro-active administration regarding urban America and the faith-based community in my lifetime,” Scott said, according to a White House transcript of the meeting.

“This president actually wants to prove something to our community, our faith-based community and our ethnic community,” he added. “This is probably going to be … the most pro-black president I’ve seen in my lifetime.”

Scott criticized former President Obama, saying he “felt like he didn’t have to prove” a dedication to the black and faith-based communities.

During the meeting, Trump spoke about the administration’s prison reform efforts, which are being largely led by Trump’s son-in-law and senior adviser Jared Kushner, who also attended the meeting. The House passed a bipartisan prison reform bill in May.

Trump also noted during the meeting that the unemployment rate for blacks is the lowest it has ever been since the statistic has been measured.

According to CNN Money:

The black unemployment rate fell to 5.9% in May — the lowest since the government started keeping track in 1972.

It’s a notoriously volatile number, but the trend is clear: This economy is strong, and everyone is reaping the rewards.

“The jobs market is firing on all pistons. It is benefiting all workers,” said Tony Bedikian, head of global markets at Citizens Bank. “There are more jobs to be had for all Americans.”

As Trump said to the African American community during the campaign, “What the hell do you have to lose?” Apparently nothing, just gains. This has led to the recent Rasmussen numbers revealing that Trump’s approval ratings among black voters have almost doubled in the past year, it now stands at 29% vs. 15% last year.

Scott is far from the only prominent black person who has praised Trump. Recently rapper Kanye West took slings and arrows from left-wing Hollywood for his kind words for Trump and black commentators Diamond and Silk have become media stars for their stalwart support of the president.