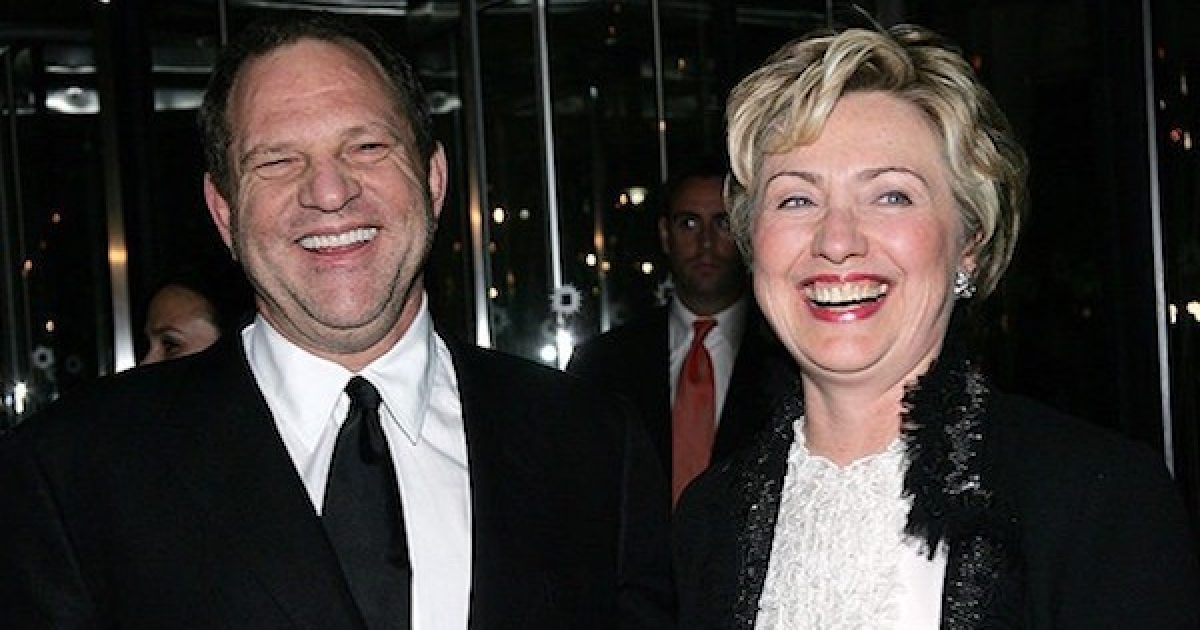 by Dick Morris and Eileen McGann exclusively published here at The Lid.

According to a blockbuster story by Ronan Farrow in The New Yorker, Harvey Weinstein apparently adopted Hillary Clinton’s shameless blueprint for smearing and discrediting any woman who dared to complain about sexual harassment and rape.

It’s a tactic that Hillary utilized very well in the 1992 presidential campaign. She’s been perfecting it ever since.

And she’s still at it.

Taking a page from the Clintons, Harvey secretly hired private eyes through a law firm, where the exorbitant expenditures could be buried and protected by non-disclosure agreements and dubious attorney-client privilege. The subcontractor gumshoes than tried to find dirt on the women to shut them up them. At the same time, they used questionable tactics to stop legitimate media – The New York Times and The New Yorker –from covering the incriminating stories.

Did Hillary recommend Palladino to Harvey?

He certainly followed her M.O.

Harvey didn’t hire just any law firm or some unknown private eye. No, he went straight to the top.

His law firm was the prestigious Boies, Schiller, Flexner, run by star litigator David Boies, who represented Al Gore in the Florida recount and successfully argued the gay rights case before the Supreme Court. Bories signed the three contracts with the spy firms himself. Amazing that he had time for such things. Especially when he was hard at work representing The New York Times.

In legal circles, that’s called a conflict of interest. A big one.

And the “investigators” were unparalleled. Two were top-notch international investigative firms were hired. One, BlackCube, was actually staffed by ex-Mossad and Israeli defense veterans and tasked with

It takes a village to effectively destroy women, doesn’t it?

When the Paula Jones scandal engulfed her husband, Hillary used her D.C. law firm, Williams, and Connelly to hire private eyes to go after the Arkansas woman. Same for Monica Lewinsky.

More recently, we learned that Hilary’s campaign paid DC law firm Perkins Cole over a million dollars to hire Fusion GPS and the British spook who created the phony anti-Trump dossier alleging collusion between Donald Trump and the Russians.

Hillary didn’t hire ex-Mossad, but she did hire ex-MI6. Those foreign spooks have a lot to offer.

Hillary Clinton, the self-described champion of women would stop at nothing whatsoever to smear and destroy any woman who came forward and truthfully accused her husband of sexual harassment,

Those women are not worthy of her championship.

Read more from Dick Morris and Eileen McGann at their’s website, http://www.dickmorris.com where you can receive daily video podcasts and their columns.