Everytown for Gun Safety Is Backed By Billionaire Michael Bloomberg 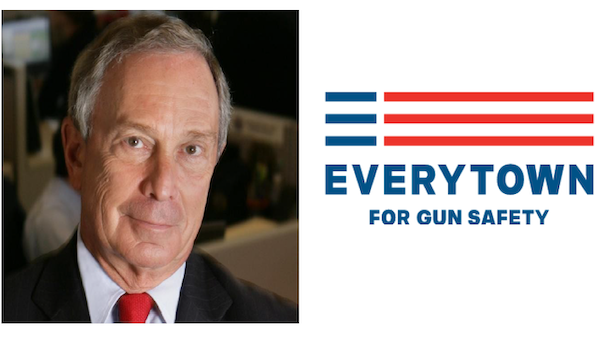 Everytown for Gun Safety, the gun prohibition lobbying group backed by anti-gun billionaire Michael Bloomberg, has launched a new email blast urging recipients to call their U.S. senators and demand that they support S. 2275, also known as the “Break the Cycle of Violence Act.”

It looks to be a $5 billion boondoggle effort to “invest” in “gun violence intervention” programs in communities that are “most impacted by the gun violence crisis.”

The legislation was introduced in June by anti-gun New Jersey Senator Cory Booker, a Democrat who ran for president in 2020 but dropped out of the primary race.

He’s got a dozen co-sponsors, all Democrat anti-gunners. The legislation is now in the Senate Judiciary Committee, where it may languish due to the even 50-50 split between Democrats and Republicans in the Senate.

Everytown has provided a form letter for people to send to their senators.

“As your constituent, I urge you to co-sponsor and work to advance the Break the Cycle of Violence Act, S.2275. The passage of this bill would be a historic step forward in addressing community gun violence, a public health crisis that disproportionately impacts Black communities in the U.S. The Act would also be a first of its kind: a targeted investment of billions of dollars over eight years in the communities most impacted.

“The community-based violence intervention strategies supported by the Break the Cycle of Violence Act are informed by public health models and provide culturally competent, trauma-responsive services to individuals and communities impacted by gun violence. These programs have been proven to reduce gun violence, shift community norms, and improve the outcomes and resiliency of gun violence survivors.

“These comprehensive investments in the implementation and sustainability of community-based violence intervention programs are critical to reducing gun violence and building resilience and opportunity. I urge you to co-sponsor and work to advance S.2275 and support this life-saving bill.”

Everytown asserts passage of Booker’s bill “will save lives across the country,” contending, “Community violence interruption programs are working on the ground every single day to curb gun violence in hard-hit communities.”

The organization does not offer any examples of this successful intervention.

Among the provisions of this legislation is the creation of a “National Community Violence Response Center.”

This new bureaucracy would establish an “advisory council.” The Response Center would also collect data and do all the other stuff a government bureaucracy might do, though there does not appear to be any expectation its existence would result in a reduction of violent crime.