EU Whines About US Embassy Opening In Jerusalem 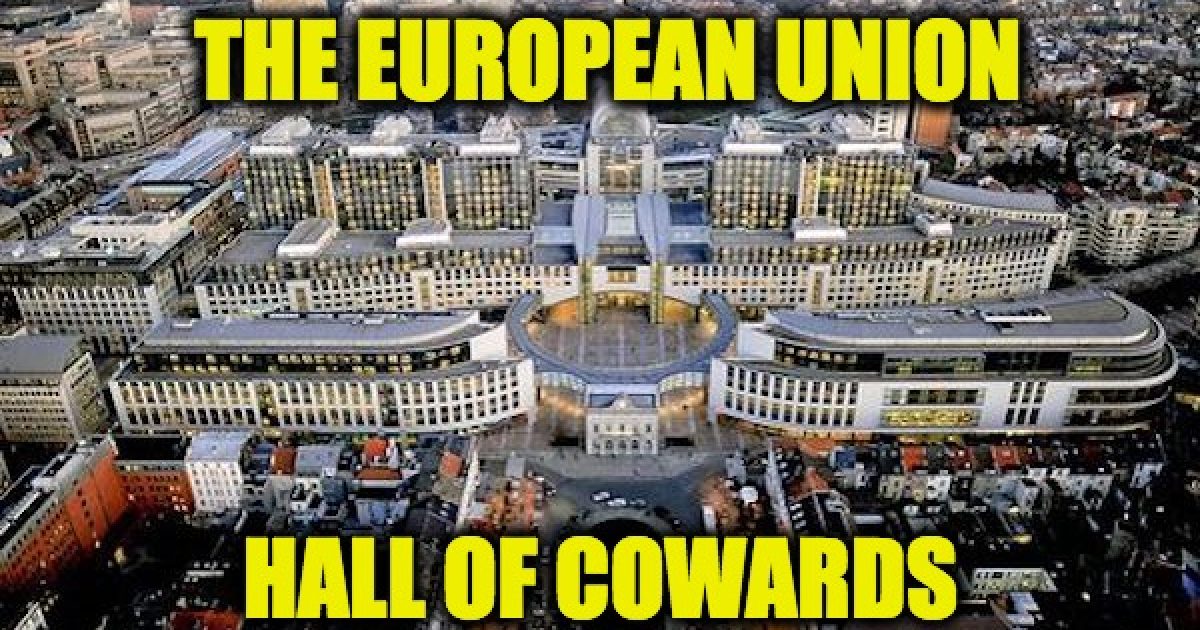 Many European nations are avoiding the celebration for the U.S. moving the embassy to Jerusalem. After all Palestinian terrorism was nursed on EU appeasement, so why should they stop now.

They’re even skipping the big gala. Dozens of foreign diplomats are expected to attend, though many ambassadors of European nations who oppose the move will skip it, that includes our ‘allies,” including those from the United Kingdom, France, and Germany.

That’s not all,  according to Axios, our EU ‘buddies’ tried to pass a resolution that would embarrass   President Trump for moving the U.S. embassy:

Hungary, the Czech Republic and Romania, in coordination with Israel, today blocked a joint EU statement criticizing the relocation of the U.S. embassy to Jerusalem, Israeli officials and European diplomats told me.

Behind the scenes: The initiative to publish the statement was led by France and several other EU member states. Israeli officials say the goal was to present to the U.S. a common position against the move by all 28 member states and to embarrass and isolate the Trump administration ahead of Monday’s ceremony.

According to European diplomats and Israeli officials, the draft statement circulated in European capitals had three points:

According to European diplomats and Israeli officials the French and other member states wanted to publish the statement today as a statement by the EU foreign policy chief Federica Mogherini supported by all 28 EU members.

Appeasers, especially the cowardly European ones don’t know how to remove their tails from between their legs. Rather than support their what their own Christian faith says about Jerusalem, or what it says in the Quran,  or the United States the country that always protects them, the Europeans are choosing to appease a territory that has no desire for peace rather than doing the “right thing.”