ESPN President Realizes That Sports And Politics Don’t Mix (Is It Too Late?) 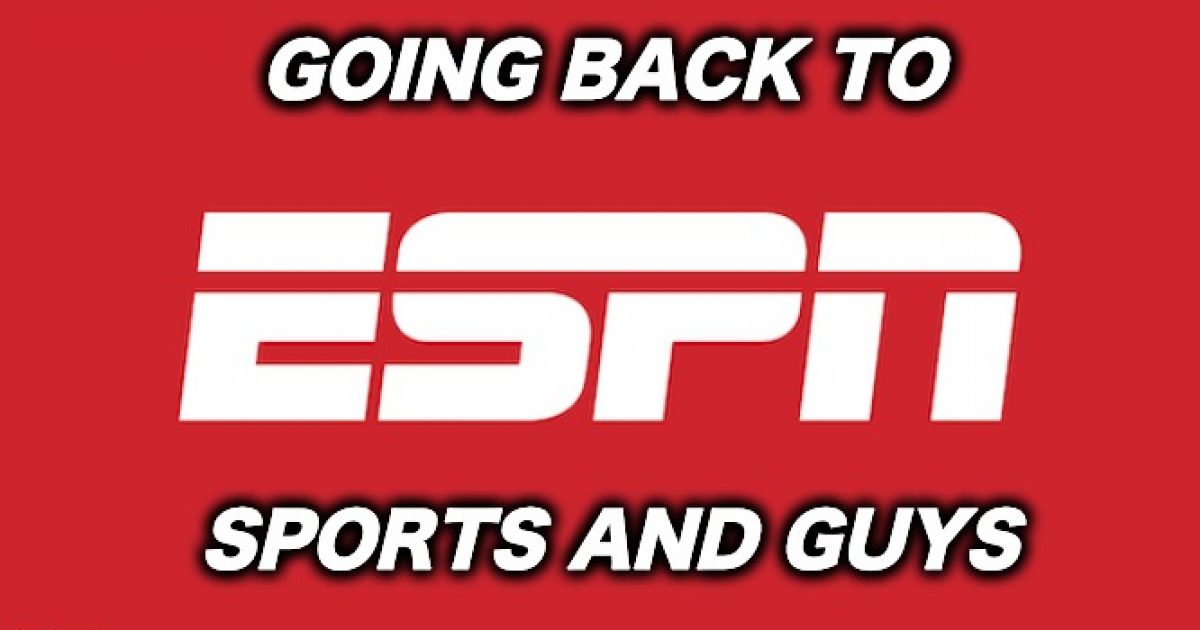 In November 2018, Disney, which owns ESPN, reported that the sports network had lost another two million subscribers, making a total decline of 14 million subscribers since 2011. Loss of subscribers translates into lower revenue.  Having worked for Disney magazines in the late 1990s, I can vouch for the fact that at Disney, a drop in revenue is a mortal sin. I never saw the punishment, just saw people dragged out of their offices, followed by what sounded like screams.

So was the problem that sports fans had all taken up knitting instead of tuning in for the latest commentary on their teams? Nope. It was, among other things, the network’s decision to stop airing the national anthem on “Monday Night Football” and comparing Dallas Cowboys owner Jerry Jones to a slaveholder.

Recognizing, perhaps too late that sports and politics don’t mix, ESPN President Jimmy Pitaro admitted in a Los Angeles Times profile this weekend that the hurt the network had been experiencing was the result of its mostly left-leaning political sermons.

“Without question our data tells us our fans do not want us to cover politics,” Pitaro said. “My job is to provide clarity. I really believe that some of our talent was confused on what was expected of them. If you fast-forward to today, I don’t believe they are confused.”

In other words, shut up and analyze the dribbling, draft picks, pitch selection, etc.

The Times also notes that Pitaro has addressed traditional fans of the network by “steering commentators away from political discussions,” something that heightened during the battle between the President and NFL players protesting the national anthem.

New ESPN president Jimmy Pitaro has smartly made the dismantling of WokeCenter a priority. Here he is talking about it in today’s @latimes: pic.twitter.com/KmVxACZTlB

Before Pitaro assuming the reins in March of 2018, ESPN was suffering horrible ratings on both television and radio programming, and the network was shedding employees – some of them prominent names – by the hundreds. Although numerous critics traced the problem to the network’s infusion of political opinion into its sports commentaries, ESPN continued to peddle politics. The situation came to a head in February 2019 when ex-commentator Jemele Hill joked about assassinating Donald Trump after the State of the Union address.

President Trump was a favorite target. ESPN blasted the legendary Tiger Woods over his friendship with Trump, mocking him as stupid and claiming “he’s not black.” Fans were even subjected to having a football announcer pulled from coverage of a University of Virginia game because of the crime of being named Robert Lee.

A top ESPN executive indicated in December of 2018 that the network’s pivot to political commentary was a “miscalculation,” something they had previously denied.

“I think we miscalculated a little bit,” the exec told the Washington Post. “The perception became that you could just roll a talent out there and it doesn’t matter what he or she is saying — that the content didn’t matter. I just never believed that.”

Beyond that, ESPN forgot that it was supposed to appeal to “guys.”  In 2015 an ESPN-owned website created the list of the top 10 “rewatchable Guy movies,” supposedly picked by its male readers. Number 7 was Sound of Music. Yes, THAT Sound of Music. That is a move is so sweet, no diabetic is allowed to watch. Do you know why the great Broadway lyricist Oscar Hammerstein II died only nine months after his  Sound of Music opened? Because he couldn’t bear to have his name associated with such a lousy syrupy musical.

Number eight was “It’s A Wonderful Life.” A lovely Christmas movie watched once, but do you know that the Pope considered becoming Jewish so he would no longer have to celebrate Christmas by watching Clarence earn his wings one more time?

Do you know what wasn’t on the ESPN list? Male classics such as Animal House, Raiders of the Lost Ark, Independence Day, Airplane, Terminator, Stripes, or Rambo.

It’s good to see Pitaro steer them back away from politics to the core material that sports fans are seeking hopefully it’s not too late. Perhaps it will start appreciating guy films also.