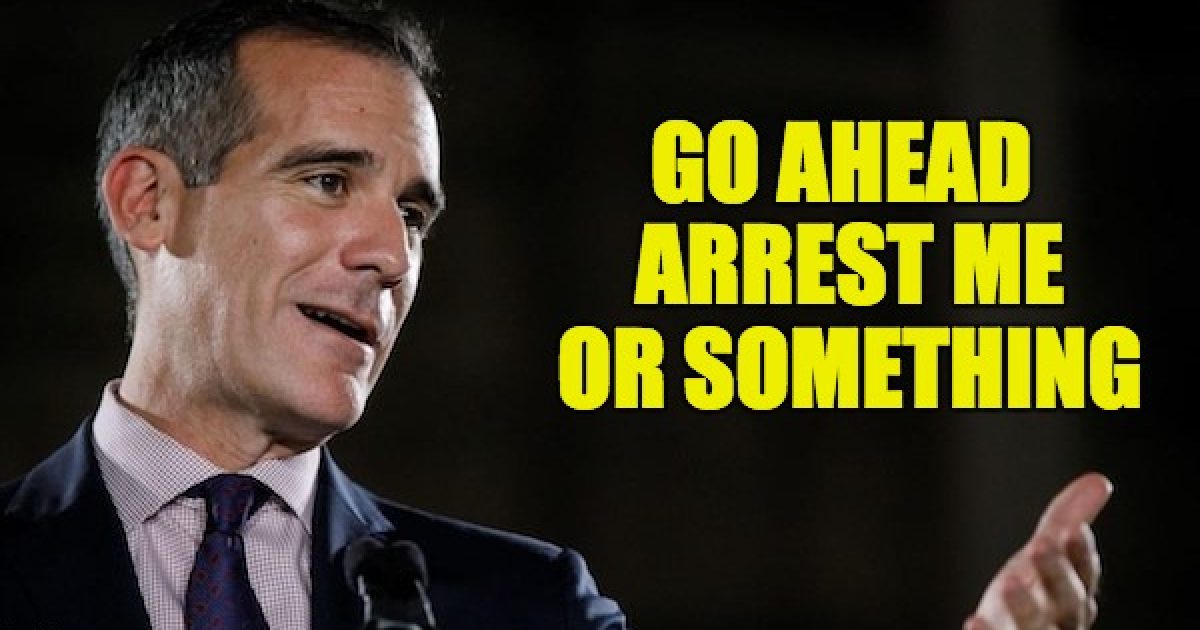 There’s an incredible showdown looming between the federal government and liberal safe havens such as California, the culmination of which will surely involve handcuffs, and may involve violence.

This conflict comes to us from the fight for immigration reform in our nation, as President Trump works to deliver on his campaign promises to return law and order to the U.S. border and build a “big, beautiful” wall between the United States and Mexico.

Of course, seeing as these goals are those of the President, the liberal left just isn’t having it.  Instead of wishing for an American nation of sovereignty of structure, the left and their democratic overlords prefer instead a willy-nilly approach to who can call themselves an “American”, believing almost unanimously that being in America can be a powerful case for citizenship.  There is no other way to explain the actions of ultraliberal City and State officials in liberal locales, who are openly defying the laws of the nation and their newfound prioritization.

Such is the case in Los Angeles, where Mayor Eric Garcetti is once again attempting to coerce the federal government into taking action against him, as he aides and abets the entire city’s illegal immigrant population under the guise of California’s phony “sanctuary” status.

“Democratic Los Angeles Mayor Eric Garcetti said he is ‘not scared at all’ about the Department of Justice considering charges against local officials in sanctuary cities, calling it a ‘weak and pathetic move.’

“Department of Homeland Security Secretary Kirstjen Nielsen recently told a Senate committee hearing that DOJ is ‘reviewing what avenues might be available’ to charge local officials who do not fully cooperate with federal immigration authorities.”

When asked if he is afraid of a possible rebuke from the feds, Garcetti doubled down on his radical leftist talking points.

“’Not at all. I think it’s a political circus. I think it’s about stirring up, you know, blowing a dog whistle – not about anything real. There’s not a single document we’ve ever cut back, and they know that. There’s not a single city in America that has done that, so it was kind of a weak and pathetic move and I’m not scared at all,’ Garcetti told PJM during an interview at the U.S. Conference of Mayors Winter Meeting recently.”

Of course, those who seek to defy the President do so at great peril of defying the will of the American people as a whole, given that the 2016 election was a powerful referendum on the necessary changes needed within our American society.

Garcetti, and the litany of leaders like him who are openly taunting the President and his administration, are playing a dangerous game with a wildly popular public official whose actions have so far invigorated a nation of patriots into a frenzy of conservatism.

The big red tidal wave is coming, and Los Angeles could be swallowed whole should they not brace for the impact.