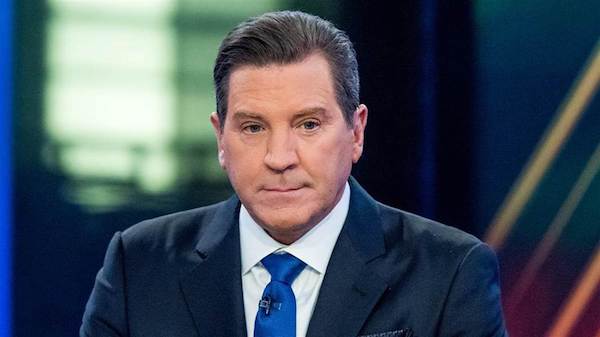 Fox News host Eric Bolling filed a $50 million defamation lawsuit Wednesday against Yashar Ali, a freelance writer who wrote a story in the Huffington Post that Bolling had sent lewd texts to female colleagues at the network. Bolling is the latest in a long line of Fox news hosts/anchors accused of sexually harassing women, but the first to fight back.

The Huffington Post reporter Ali’s article was published  on August 4th and claimed that more than a dozen sources told him Bolling sent “an unsolicited photo of male genitalia via text message to at least two colleagues at Fox Business and one colleague at Fox News.”

The day after the story was published Fox News suspended Bolling.

According to the summons:

“The nature of this action is for damages and injunctive relief based on defamation arising from the defendant’s efforts to injure the plaintiff’s reputation through the intentional and/or highly reckless publication of actionable false and misleading statements about the plaintiff’s conduct and character. As a result of the defendant’s actions, the plaintiff has been substantially harmed,”

This anonymously sourced and uncorroborated story is false, defamatory, and obviously intended to destroy this good man’s career and family. We will defend Eric aggressively in court, where actual facts, based on evidence, testimony, and cross-examination, will belie these anonymous accusations.”

On Wednesday Bolling himself tweeted out:

I will continue to fight against these false smear attacks! THANK YOU FOR CONTINUED SUPPORT

For his part, after receiving the summons Yashar Ali said he stood by the story.

Just received a summons. Eric Bolling is suing me for defamation – $50 million in damages. I stand by my reporting + will protect my sources

And so did the Huffington Post.  Huffpo Editor-in-Chief Lydia Polgreen tweeted her support of Yashar Ali Tuesday night, saying “Ali is a careful and meticulous reporter” and even tho he is a freelancer not only will the site stand by him, but they will stand by him financially in the law suit.

The Allegations against Bolling come after a rash of sexual harassment charges against Fox news personnel. Fox News Chairman (and founder) Roger Ailes was forced out in July of 2016 after a law suit by former host Gretchen Carlson, opened the door to other women harassed by Ailes coming with their stories. “O’Reilly Factor” host Bill O’Reilly was forced out after a number of sexual harassment suits were filed against him (on top of the news that Fox had already settled five harassment suits against him between 2002 and 2017.

O’Reilly was forced out earlier this year after a number of sexual harassment suits were filed against him, including one in which O’Reilly agreed to pay $9 million former producer Andrea Mackris. The New York Times reported in April that Fox News had settled five sexual harassment lawsuits against O’Reilly dating back to 2002. Fox News president Bill Shine was forced out in May 2017, not because he harassed women but because of the accusation that he knew what was going on and did nothing. And last month Fox Business’ Charles Payne was suspended after frequent FBN guest said he harassed her.

Obviously, there was a culture of harassment at Fox News, however, that doesn’t mean that the charges against Bolling are true especially when one considers that out of all the charges made against Fox hosts in the past thirteen months Eric Bolling is the only one who is fighting back with a lawsuit.