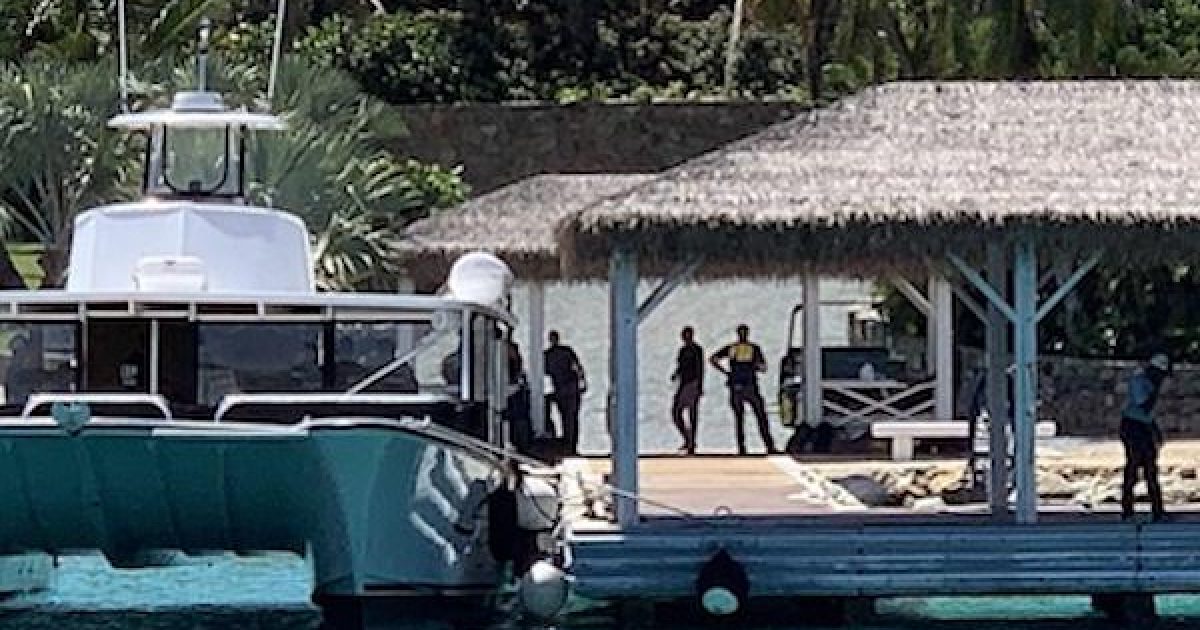 Speaking to a National Police Conference on Monday, Attorney General Barr warned  “Let me assure you that this case will continue on against anyone who was complicit with Epstein. Any co-conspirators should not rest easy. The victims deserve justice, and they will get it,” And he wasn’t lying because at the same time Barr was speaking the FBI was raiding Epstein’s private island also known as Pedophile Island which is located in the US Virgin Islands.

As covered in the Daily Mail “at least a dozen agents were seen disembarking speedboats at the pier and driving around the 71.5-acre grounds on golf carts,”  and “other officials with ‘FBI’ lettering on clear display were later seen overlooking the sea from the top of Epstein’s remote luxury home” (see video below).

According to one witness who shot the video and spoke to the Daily Mail:

‘We were enjoying lunch when we saw over a dozen people getting off their speedboats and landing on the island. When we looked harder, we could see the FBI logo on the backs of their shirts. It didn’t take long for us to realize they must be conducting a raid on Epstein’s house”

Virginia Roberts, who was victimized by Epstein and others beginning when she was 14-years old, identified the Island as a place where girls were forced by Epstein to have sex with some of his friends along with his Florida, and New Mexico homes

On the Island according to reports, the girls were supposedly sexually abused inside a “temple” on the island (picture below), and many of them were held in underground rooms below the “temple.”

According to Aaron Katersky of ABC “ABC News has observed federal agents, including FBI and CBP, and NYPD officers at the dock and on the grounds of Little Saint James, Jeffrey Epstein’s island home in the US Virgin Island”

Federal agents, including FBI and CBP were seen on the dock and grounds of Little Saint James, the island owned by accused sex trafficker Jeffrey Epstein in the U.S. Virgin Islands. The U.S. Attorney's Office and SDNY declined to comment on the operation. https://t.co/euCLwh7rKi pic.twitter.com/leAKQqgruA