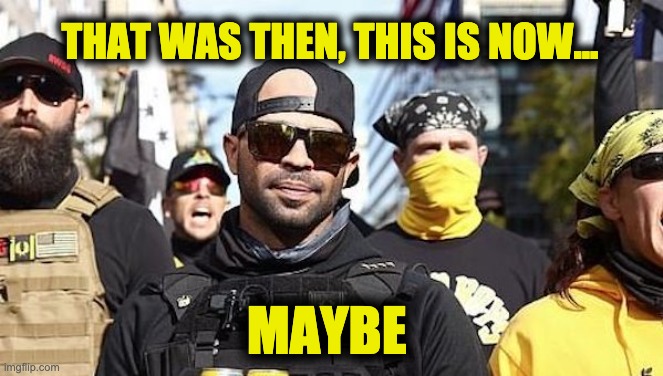 As our political theater turned ever more tawdry these last few months, we became familiar with a number of groups who worked on the fringes of political activism.  These were the Antifas and Proud Boys of the world, many of whom believed that direct, violent action could be the way to stymy their political enemies. Enrique Tarrio Proud Boys

As such, these groups often operated on the dark side of the law, raising funds and recruiting in ways that more mainstream players wouldn’t dare.  To make this sort of arrangement work is an honor among thieves sort of situation, and it looks as though the leader of Proud Boys may have run afoul of that.

Enrique Tarrio, the leader of the Proud Boys extremist group, has a past as an informer for federal and local law enforcement, repeatedly working undercover for investigators after he was arrested in 2012, according to a former prosecutor and a transcript of a 2014 federal court proceeding obtained by Reuters.

In the Miami hearing, a federal prosecutor, a Federal Bureau of Investigation agent and Tarrio’s own lawyer described his undercover work and said he had helped authorities prosecute more than a dozen people in various cases involving drugs, gambling and human smuggling.

The infamous rabble-rouser attempted to deny any such involvement with authorities.

Tarrio, in an interview with Reuters Tuesday, denied working undercover or cooperating in cases against others. “I don’t know any of this,” he said, when asked about the transcript. “I don’t recall any of this.”

Law-enforcement officials and the court transcript contradict Tarrio’s denial. In a statement to Reuters, the former federal prosecutor in Tarrio’s case, Vanessa Singh Johannes, confirmed that “he cooperated with local and federal law enforcement, to aid in the prosecution of those running other, separate criminal enterprises, ranging from running marijuana grow houses in Miami to operating pharmaceutical fraud schemes.”

Apparently, Tarrio was not just an informer but a significant informer. I don’t think that will get him a gold star with his fellow Proud Boys extremists. His tenure as an informer was over before the Proud Boys hate group was formed.  But this information may make his fellow haters wonder every time one of their members is picked up by law enforcement.