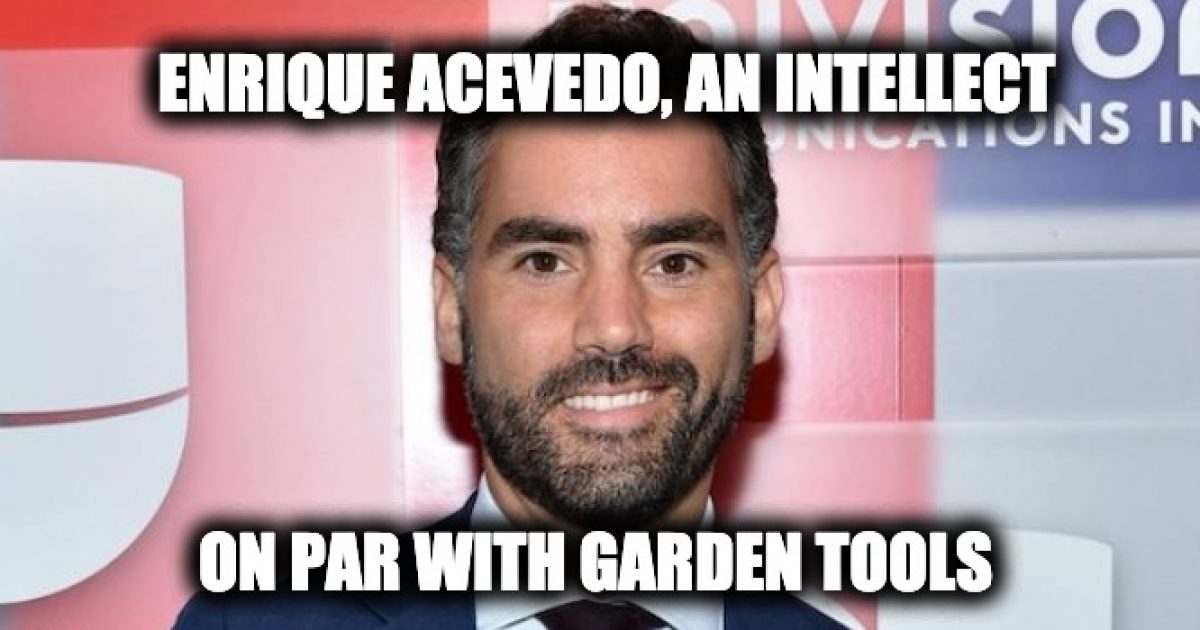 “Well, it’s always a good thing when we can keep border patrol agents, federal agents safer. I would just ask you, Martha is it worth $25 billion to keep people 100, 200, 300 yards away from the border to throwing rocks at agents on the other side when you just do this(he ducked out of frame). Is that worth $25 billion?”

There are many other reasons for the border barrier, but why on earth should the US let these rock throwers in? If a person threw a rock at your home, would you invite them in or would you sic your dog on them?

These border agents are putting their butts on the line every day to protect Americans, even people like Enrique Acevedo who are a few tomatoes short of a good taco sauce.

These aren't tiny rocks, they're much larger, and I'd love to see this lying #fakenewsmedia hack dodge them

I would like to see Mr. Acevedo stand in the middle of a field and have to dodge rocks. A thrown rock can be a deadly weapon.  U.S. Customs and Border Protection agents should return the favor by throwing hot lead back at them.

I have no problem with that. If criminals attack our agents, there should be consequences. Just like if I break into your house and throw rocks at you and your family you would be justified in shooting me to end the threat

Rock throwing can be very lethal. In fact in Brunei it just became the method of execution used on anyone found guilty of being a homosexual. That is barbaric and morally wrong. Law enforcement defending themselves is very moral.

Given a choice between someone who puts his life on the line to protect the Acevedo family, and someone who is trying to injure one of those protectors so they could trespass into the country, Enrique Acevedo chooses the trespasser. It just proves that poor Enrique has a vacancy at his grey matter motel.