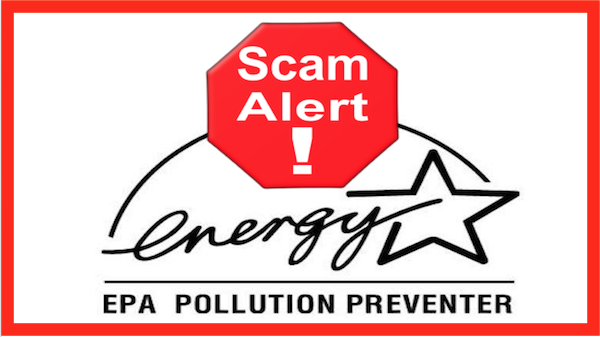 The ENERGY STAR brand is currently mandated for use by governments in the United States, Canada, Australia, Japan, Switzerland, New Zealand, Taiwan and the European Union. The EPA claims their brand of certified ‘energy efficiency’ is producing over $23 Billion a year from energy-savings, which is more than the annual revenue from box office sales for the entire movie industry in America.

Founded in 1992 on the motto “If its not ENERGY STAR, its not energy efficient” the EPA brand was originally presented as voluntary effort to the public, but was soon became mandated for use by every government agency in America. Then sold abroad to our most trusted trade allies.

Currently there is no national standard to measure energy savings from energy efficiency programs. Instead, each state commission (or utility board in the case of publicly owned utilities) develops its own measurement and verification protocols NRDC REPORT (R:12-11-A)
PAGE 16 – Closing the Power Plant Carbon Pollution Loophole: Smart Ways the Clean Air Act Can Clean Up America’s Biggest Climate Polluters
*E. Energy Savings Based on Transparent Methodologies and Independent Verification

There has never been a National Standard for the measurement and verification of electrical energy-savings in technologies, yet EPA claims their superior brand of ‘certified’ energy efficiency is producing 25-50% more energy-savings than identical products. Just don’t ask to see the evidence!

Unlike Hollywood’s myth-makers, no credit was ever awarded to the creative geniuses behind America’s most lucrative State Owned Enterprise, or its multi-billion dollar product of ‘certified’ energy efficiency.

Only political insiders know for sure if this government production is a major blockbuster or a complete turkey, and their not talking. Besides, what foreign leader wouldn’t choose to purchase ‘certified’ energy-savings products for their citizens from a trusted American institution like ENERGY STAR. After all, it’s the best government ‘certified’ energy efficiency technology on the entire planet. Or so they claim.

No telling why China, Russia and India haven’t adopted the ENERGY STAR mandate yet, apparently their leaders must hate cutting-edge technology or something. Or it could be related to the sky-rocketing electrical rates in countries mandating the use of ENERGY STAR products, but as of yet no “Wire Taps” have mysteriously appeared in the mailboxes of journalist to confirm that theory.

Media reporting on UN business-driven entities like the Green Industry Platform or Global Social Compliance Programme is non-existent, almost like these non-profit organizations have had no impact on economies whatsoever. Organizations few will ever heard of, especially if left to mainstream media. 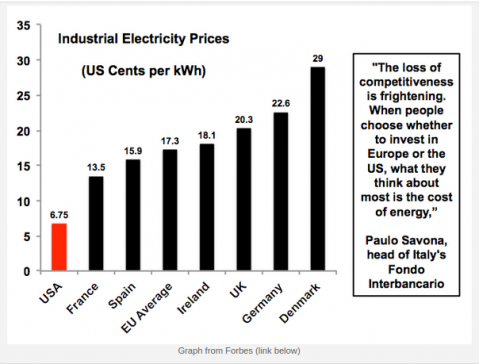 Media, Congress and lawyers are been fully aware of secretive non-profit groups like the Energy Foundation and Prosperity Partnership which have been working with the the EPA’s Billionaires Club for many years. Groups described in a 2014 Senate Report which have received tens of billions of taxpayer dollars, much of it under ‘No Bid’ contracts with government agencies.

Some people believe the entire Fake News narrative was concocted to distract dim-witted corporate leaders from discovering that the Global Warming myth was dying, along with the entire Clean Energy Economy which had already failed miserably. These media invented markets never materialized, and now political elites are angry because they can’t understand why.

When Clock Boy is celebrated as a world renown inventor by Apple, Microsoft and Facebook, you know it’s time for a reality check on the question of Settled Science.

It was the EPA, not the FBI, CIA or Russians that conducted the scientific research into ‘energy efficiency’ for ENERGY STAR, which later became the single largest component of Obama’s Clean Power Plan. Only later to be completely disappeared from the airways by pundits, politicians and professors during the 2016 election. Just like in spy novels.

After spending well over one hundred billion taxpayer dollars on research by government, ENERGY STAR played virtually no role in the Democrat Party’s epic loss. Or the Trump win. What are we missing here?

The party’s over! President Trump has already begun the deconstruction of the Deep State, reversing decades worth of draconian regulations, repealing major legislation and cutting funding for massive bureaucracies that will forever alter the way politics are conducted in Washington DC.

It doesn’t take a rocket scientist to envision the massive economic opportunities that would open up for American businesses from government agencies contracting directly for the best products and services on the market.

Consider for a moment the economic stimulus for small and medium-sized businesses if allowed to compete on a level playing field for government contracts. I’m not talking about resurrecting some Small Business set-aside programs in Federal contracts, all government contracting should be open to qualified applicants regardless of size or political status.

When talking about real job and wealth creation, this is how to Make America Great Again! Not by the expansion of a Deep-State Owned Enterprises that seeks to undermine our manufacturing and industrial base, in order for bureaucrats to profit by creating phony environmental business ventures with taxpayer funds.

Trillion dollar markets are in play as America begins the greatest economic expansion in history. Now is the time to send the ENERGY STAR brand to the dust-bin of history for the good of the Republic.

Reposted by request from N4mation.org