Revisiting The Mother Of All ‘Conspiracy Theories’ (Energy Efficiency) 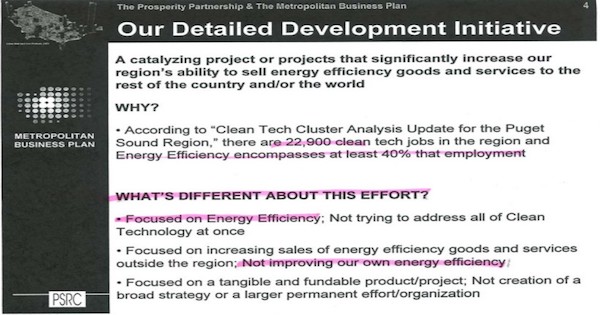 To be clear, original conspiracy theories concerned the media’s efforts to suppress all dialog regarding the politicians, business leaders and radical anti-Capitalist groups promoting a type of European Socialism for America. Media labeled American’s as angry knuckle-dragging bigots for rejecting their theories regarding Global Warming, while refusing to disclose any information on shadowy non-profit groups like the Energy Foundation which were producing the suspect science for government.

In reality the media’s only goal was to stop critics from exposing the single greatest flaw to their grand plan for a New World Order, ‘phony science‘. Not just bad science, but Clock Boy stupid science!

Globalist had a secret, their new Clean Energy Economy was to be financed by a unique new EPA commodity; government “energy efficiency”. Except there was one big problem. Even the Village Idiot would question why EPA couldn’t explain the science behind their new invention to the American people, but would market this unique product to foreign leaders hostile to our Constitutional Republic.

One of Bill Clinton’s first Presidential actions was to issue Executive Order #12852 to “reinvent” government, which was designed to harmonize all US agencies with the goals of the UN Agenda 21 Development Plan that had just been signed by the lame-duck President GW Bush in direct opposition to his fellow Republicans. Media immediately began applauding the use of Executive Orders to advance the UN’s sustainability agenda, and denouncing all opposition.

In 1992 the EPA/DOE created the ENERGY STAR brand of certified ‘energy efficiency’, which was originally promoted to the public as a consumer tool for identifying energy-efficient products. Never disclosing to the public the fact that ENERGY STAR was also being marketed as a profit-making venture to large corporations through EPA Public/Private Partnerships. Effectively creating the largest, and longest-running Pay To Play scheme in history.

There is no National Standard for the measurement and verification of electrical energy-savings in products, no technological solutions or mathematical equations to support the EPA’s multi-billion dollar energy-saving claims. A fact ignored by the press for decades.

Today ENERGY STAR is allegedly delivering $22 Billion worth of environmental benefits and financial value annually through ‘superior’ energy efficiency, if you believe the EPA. Just don’t ask how, or question why EPA’s energy-saving technologies would cause electric rates to skyrocket.

EPA’s ENERGY STAR brand is mandated for use in the USA, Australia, Canada, Japan, New Zealand and the European Union, but not in communist China where the bulk of ENERGY STAR products are produced. Communist China is now the official leader of the UN’s environment agenda, and recently took up the leadership position for the Globalization agenda at the World Economic Forum.

If there is any doubt about the size and scope of the media blackout on ENERGY STAR, ask yourself why it never came up once in the Presidential debates. Better yet, how the ENERGY STAR brand was selected in a NO-BID process as the sole source for “emissions reduction” in Obama’s Clean Power Plan, then was quietly disappeared from this massive EPA initiative prior to public presentation???

Over one hundred billion US taxpayer dollars went into promoting government ‘energy efficiency’ initiatives over the last two decades, but not one single journalist, lawyer or politician thought EPA’s unique product was an important issue during the 2016 Presidential campaign. Really, were they all working for the Russians?

Conspiracy theories regarding corrupt media aren’t a new story at all. Any moron could have read the 2014 Senate Report “The Chain of Environmental Command: How a Club of Billionaires and Their Foundations Controls the Environmental Movement and Obama’s EPA” describing in detail the radical groups receiving billions of dollars from the EPA.

But only mainstream media can dismiss this Senate Report as Fake News and declare it to be part of the Mother of All Conspiracy Theories.