President To Refile Paperwork To End DACA This Week 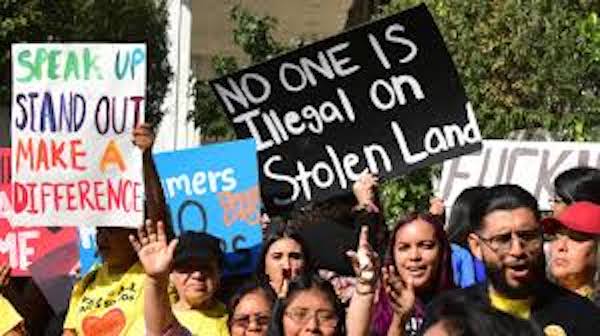 The Supreme Court’s ruling striking down the President’s decision to cancel Obama’s DACA program was not made on its merits. In a 5-4 decision, the court ruled the rationale composed and executed by the Department of Homeland Security to end DACA was insufficient. In other words, the Court told DHS to go back and write a better essay.

That was three weeks ago. Apparently, new DACA paperwork will be filed by the end of the week.

The Administrative Procedure Act requires federal agencies to engage in reasoned decision making and directs the courts to set aside agency actions if they are arbitrary or capricious. The Court found that DHS failed to consider whether to retain the forbearance of removal proceedings and what, if anything, to do about the hardships that terminating the program might cause to DACA participants. This “dual failure raises doubts about whether the agency appreciated the scope of its discretion or exercised that discretion in a reasonable manner.”

Ironically the President wants to cancel DACA to save DACA. He believes that if DACA was teetering on the edge, congressional Democrats would finally negotiate a comprehensive immigration plan. Thus DHS is working on a more comprehensive rational for killing DACA. One that will meet the approval of the Supreme Court.

On Monday, it was reported that President Trump is set to have DHS refile the DACA paperwork by the end of this week.

White House chief of staff Mark Meadows hinted in an interview with Fox News earlier Monday that the president was readying executive action on immigration issues, though he did not offer specifics.

(…) The decision to refile on DACA was widely expected after the Supreme Court ruled last month that the administration failed to give an adequate justification for terminating the program as required by federal law. But the court made clear Trump had the authority to rescind the program, essentially forcing the president to try again or risk the appearance of backing down.

“We have to refile,” Trump told Fox News days after the ruling. “And everything’s going to work out for DACA and the young people, who aren’t so young if you want to know the truth.”

Interestingly while the DHS is going to refile its DACA paperwork, a lawsuit is attacking the program from a different angle:

Another potential threat to the program is a lawsuit filed two years ago by Texas and six other states claiming that President Barack Obama exceeded his authority when he launched DACA in 2012. U.S. District Court Judge Andrew Hanen of Brownsville has already said Obama went too far.

Hanen declined last fall to issue an injunction stopping enforcement of the program, concluding that the challengers waited too long to seek the order, but the lawsuit remains alive. On Thursday, he ordered all sides in the case to file papers by July 24 indicating where they believe the case now stands in light of the Supreme Court decision.

Thursday’s ruling may have given the states a boost, because one question in the Texas lawsuit is whether DACA is merely an exercise of discretion in deciding how to enforce the law. The Obama administration originally described it that way in launching the program, saying it was setting priorities for immigration agents by directing them to focus their energy on criminals and terrorists, not young people in college, the workforce or the military.

Of course, in the end, either (or both) of the attempts to end the illegal DACA program will end up in the supreme court. And who knows, SCOTUS might actually rule on the merits of the case. But as Justice Thomas said, the initial court ruling was made to avoid a “politically controversial” decision, and his fellow justices showed “timidity” in not striking down the DACA program. Let’s hope those justices, especially the chief justice, grow a backbone before the case reaches the Supreme Court again.