The States Cried That They Needed “Emergency” Funds To Get By. But Very Little Of This Money Was Ever Spent On Anything At All. 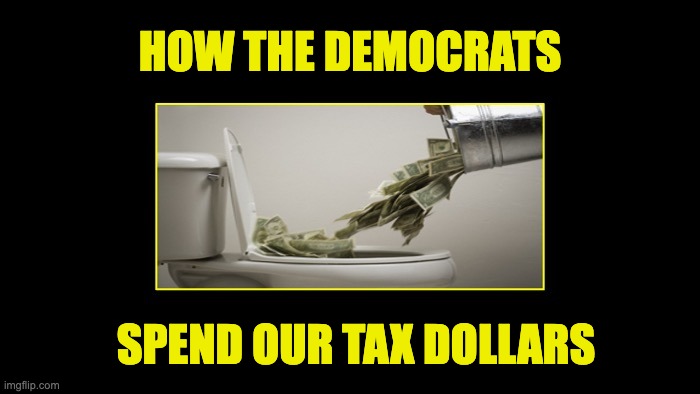 Remember how the blue states cried that the COVID pandemic was draining their budgets? How they said they needed “emergency” funds to get by? The states got the funds, but now we find that very little of this money was ever spent on anything at all.  emergency COVID funding

So… if the states never spent any of this vital “emergency funding,”… why were we told it was an emergency?

In March, Joe Biden signed a $1.9 trillion COVID relief bill. Some of the cash was supposed to go to taxpayers, businesses, and others impacted by the shutdowns imposed on America and blamed on the pandemic. But $350 million of that cash was doled out to the states because some governors whined their budgets were bleeding out because of their own local pandemic spending. It was an emergency, dontcha know?

Republicans objected at the time because many of the deepest blue states — such as Illinois — only wanted the money to bail them out of fruitless spending deficits they incurred long before COVID came around.

Now, it looks like the Republicans were right. According to research by the Associated Press, little of that “emergency” money has been spent by any of the states that received it.

As of this summer, a majority of large cities and states hadn’t spent a penny from the American Rescue Plan championed by Democrats and President Joe Biden, according to an Associated Press review of the first financial reports due under the law. States had spent just 2.5% of their initial allotment while large cities spent 8.5%, according to the AP analysis.

Many state and local governments reported they were still working on plans for their share of the $350 billion, which can be spent on a wide array of programs.

Gee, if they weren’t going to spend the cash, why didn’t they give some of it to the NY Jets to spend on signing free agents? Or even better, let taxpayers keep it?

Though Biden signed the law in March, the Treasury Department didn’t release the money and spending guidelines until May. By then, some state legislatures already had wrapped up their budget work for the next year, leaving governors with no authority to spend the new money. Some states waited several more months to ask the federal government for their share.

At the end of July 2021, the General Accounting Office reported that more than $1 trillion of the 2020 emergency federal pandemic relief “CARES Act” had yet to be spent.

The biggest cache is grants to states, cities and territories, of which $210 billion remains unspent. That’s no surprise given the $500 billion showered on states and cities between the March 2020 Cares Act and President Biden’s follow-up in March 2021.

The bailout came despite a mere 0.2% drop in state revenue from 2019 to 2020, according to the Tax Foundation. Few strings are attached to the funds so state and local lawmakers are taking their time. New York, California and others have passed record budgets while tapping only a portion of their federal aid.

How were the states in an “emergency” situation in March 2020? The “emergency relief” spending was just a giant boondoggle and waste of taxpayer dollars.

The socialists who run the Democratic Party are demanding more wasteful spending with their $3.5 trillion “human infrastructure” bill. This proposed bill implements the green new deal, gives the IRS power to examine any bank transaction over $600 (now they review transactions over $10,000,) and hire thousands of new IRS agents to enforce the rule, includes $100 billion to legalize illegal aliens, and much more.