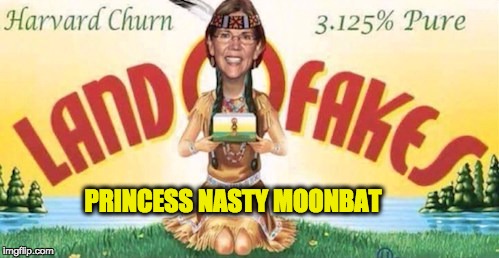 It’s a simple common courtesy. When the Senate hearings are over, the candidate shakes the hands of the Senators on the committee.

After last night’s confirmation hearing for Education Secretary nominee Betsy DeVos, Democrats asked tons of pointed questions, many of which were the “gotcha” type. Yet throughout the hearing a basic level of civility was respected.

After the hearing, Ms DeVos approached the dais.

DeVos spoke with Chairman Lamar Alexander and then Democratic Senators Al Franken and Michael Bennet. When she approached Elizabeth Warren, the senator waved off the Education Secretary Candidate—she didn’t want to shake her hand.

In the video below, one can see  Ms. DeVos, shake hands with at least four Democratic Senators,  but the classless faux-Cherokee  could not be bothered. Warren’s discourteous wave at DeVos is part of a pattern lately of behavior beneath the office she holds.

Yet when Senator Elizabeth Warren walked by DeVos, the Massachusetts Senator refused to shake her hand:

Oh, there ain’t no gentlemen to open up the doors
There ain’t no ladies now there’s only pigs and whores
And even kids’ll knock you down so they can pass
Nobody’s got no class

Oh, there ain’t no gentlemen that’s fit for any use
And any girl will touch your privates for a douse
And even kids’ll kick your shins and give ya sass
Nobody’s got no class

All you read about today is rape and theft
Jesus Christ, ain’t there no decency left
Nobody’s got no class

Everybody you watch
Has got his brains in his crotch
Holy crap, holy crap
What a shame, what a shame
What became of class?