Analysis: The Electric Car Is A Democrat Policy Designed To DESTROY You 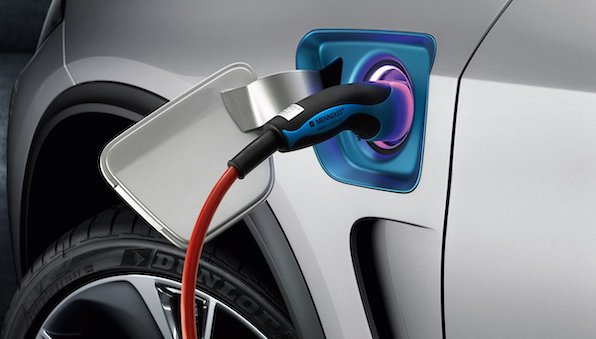 Are you surprised that the cost of gasoline has doubled in just the first few months of the regime of Lyin Dementia Joe Biden? Don’t be — the doubling of fuel costs has a few evil purposes. One of which is to force the change to electric cars.

So maybe electric cars will be good for us? Actually not.  They are intended to destroy our economy, lives and kill us.

A part of the Democrat plan to turn America into a nation of consumers and not producers. Consumers will have to beg their government and foreign countries for food, shelter, and clothing.

Here is why that nice new electric car of yours will be stuck in the driveway, or parking place on the street where you live.

Level 1 battery outlets (like the ones you use at home) charge at 120 volts, which typically provide up to 50 miles of driving range in about 10 hours.

When everyone is driving electric cars, finding a charging station at work will be impossible. And basically, in any case, people will need to charge their cars at night, at home.

Now here’s the rub. There won’t be enough electricity available for everyone to charge their cars at night. Both Elon Musk and Toyota’s CEO, Akio Toyoda, have made it clear that there won’t be enough electricity to power all the electric cars. The overload will result in fact, that none of them will be powered as grids become stressed and break down.  And let’s not forget the Democrat tax plan that will raise your electric bills.

Electrical brown-outs and blackouts will occur.

But what about the promised miracle of electricity from solar panels?

Funny thing about those solar panels, they don’t work at night. And since there is no way to store electricity, solar panels won’t help a single-car charge up at night.

With private transportation available, and public transportation in the US mostly non-existent, society will collapse. Just think about it. Going from internal combustion cars which can take us anywhere, to electric cars that can’t move.

Trucks which deliver food and in fact everything, won’t be able to move either.

Below is a photo of an electric car graveyard near Paris, France. The woke city purchased electrical cars for government use. After batteries wore out, the cars were sent out to the graveyard, because the replacement cost for new batteries would cost more than the cars themselves did originally. Endless lines of electric cars that can’t move. This is a taste of the future.

Step 3. Why would the Democrats cause all this?

It’s in fact dear readers, a deviously clever Democrat two-move method to destroy the country out from under your feet. To destroy your life.  To destroy YOU.

Stop use of internal combustion gasoline engine cars, and instead, provide expensive electric cars and trucks that can’t actually move.

The answer about what effects this will have is in black and white. The Eight Rules for Radicals by Saul Alinsky. How to Create a Social (Fascist Socialist) State

“Rule 2
Poverty – Increase the Poverty level as high as possible; poor people are easier to control and will not fight back if you are providing everything for them to live.”

This Rule 2 leads automatically to other rules which cement the fascist state into power. For example, losing mobility will drive people into poverty and into welfare programs run by the fascist state:

“Rule 5:
Welfare – Take control of every aspect of their lives (Food, Housing, and Income).”

Electric Cars are a plan by the puppet masters of the mummy (or the potted plant — you choose), Joe Biden.

The move from gasoline to electric cars is not actually related to climate or the environment.

Its purpose is to either kill you or control you.

It’s a plan of the enemy. If you know the enemy, you can defeat the enemy.