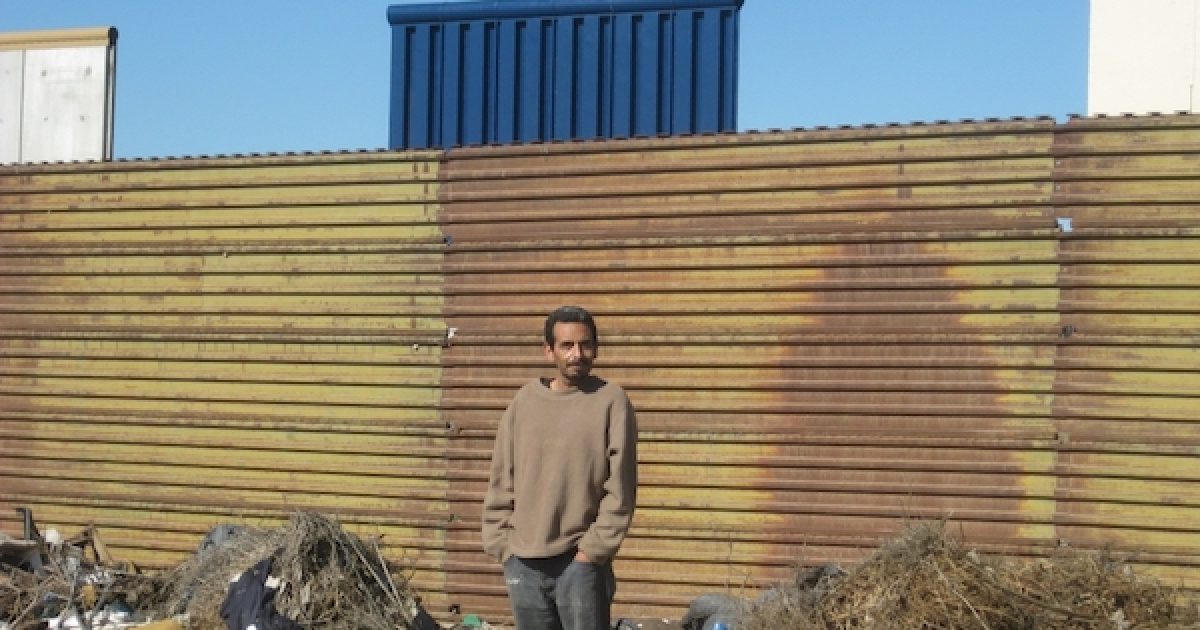 There is an old saying that good fences make for good neighbors and during his recent trip to California, President Donald Trump learned how effective even a makeshift border wall can be.

Trump got some shocking news when he visited the southern border near San Diego, California, on Tuesday, March 13. Not only did he learn that a border wall can be highly effective, but he found out that there doesn’t even have to be some elaborate, high-dollar system to make it effective for stopping illegal border crossings.

Trump headed to the People’s Republic of California this week in part to view some border wall prototypes.

If we don’t have a wall system, we’re not going to have a country. Congress must fund the BORDER WALL & prohibit grants to sanctuary jurisdictions that threaten the security of our country & the people of our country. We must enforce our laws & protect our people! #BuildTheWall pic.twitter.com/NGqNueukvj

Once onsite, Trump told reporters that a border wall should stop up to “99 percent” of illegal border crossings. He also likened illegal aliens to “professional mountain climbers” in their ability to scale the high barriers we already have, NBC reported.

Trump added that a border wall is “truly the first line of defense.”

The prototypes sit on federal land in San Diego:

The eight prototypes are 18 to 30 feet tall. Half are concrete walls, and the other half is made from “other materials.” In total, they cost taxpayers $2.4 million to $4 million.

Several contractors were awarded $300,000 to $500,000 for each prototype, which were built last year to help guide construction.

After seeing some of the prototypes, Trump said he favored a design that would allow Border Patrol agents to see through it to what is on the other side instead of solid walls.

“You have to know what is on the other side of the wall,” Trump said. “You can be two feet away from a criminal cartel and you don’t even know that they are there.”

He also said he thought higher walls were better than low ones.

As he headed to the Golden State, the president also took a swipe at California’s so-called “sanctuary” policies calling them “illegal and unconstitutional.”

“California’s sanctuary policies are illegal and unconstitutional and put the safety and security of our entire nation at risk,” Trump tweeted. “Thousands of dangerous & violent criminal aliens are released as a result of sanctuary policies, set free to prey on innocent Americans. THIS MUST STOP!”

California’s sanctuary policies are illegal and unconstitutional and put the safety and security of our entire nation at risk. Thousands of dangerous & violent criminal aliens are released as a result of sanctuary policies, set free to prey on innocent Americans. THIS MUST STOP!

Of course, one thing occurred on Tuesday that surprised the president, but it should also amaze all of us. During his visit, Trump had the occasion to talk to a border patrol officer and what that officer said was stunning.

Even as the president was impressed by the border wall prototypes, it was his talk with the agent that gave him pause.

The unidentified agent admitted to Trump that he and his fellow agents had already built a . They made their impediment out of scrap metal. And it has been highly effective.

“There was effectively no border in San Diego. It was a chaotic situation,” the agent told Trump as seen in a video posted to Youtube.

“We set it in place really just to delineate where the border was. And it changed our environment,” the agent added.

According to the agent, the number of illegals crossing at that spot fell by an amazing 95 percent. Ninety-five percent!

“That’s 95 percent with a scrap metal wall that they just put together with excess materials,” the president said. “And it worked 95 percent.”

Even this simple barrier helped the San Diego Border Patrol reduce the criminal illegals from pouring across the border. Imagine if we had a more serious effort to protect our borders?

This is not the only evidence that border walls work.

Indeed, this is far from the only place where a border wall on our southern border held back a wave of illegals. New York Post columnist Paul Sperry recently pointed out that a border impediment cut illegal crossings to a great degree in El Paso, Texas, as well.

In fact, the number of deportable illegal immigrants located by the US Border Patrol plummeted by more than 89 percent over the five-year period during which the controversial new fence was built, according to Homeland Security data I reviewed. When the project first started in 2006, illegal crossings totaled 122,261, but by 2010, when the 131-mile fence was completed from one end of El Paso out into the New Mexico desert, immigrant crossings shrank to just 12,251.

They hit a low of 9,678 in 2012, before slowly ticking back up to a total of 25,193 last year. But they’re still well below pre-fence levels, and the Border Patrol credits the fortified barrier dividing El Paso from Mexico for the reduction in illegal flows.

And crime abated with the reduced human traffic from Juarez, considered one of the most dangerous places in the world due to drug-cartel violence, helping El Paso become one of the safest large cities in America.

All told, a legion of empirical evidence supports the idea a southern border wall could, in fact, work. There is also anecdotal evidence. In local press accounts, El Paso residents and business owners alike have praised the fence, citing it as an effective deterrent to both illegal crossings and crime.

All this fits in perfectly with Donald Trump’s campaign promises.

Remember when then-candidate Trump said that Mexico is not sending us their best people? He said during the campaign that many of Mexico’s worst are coming here and bringing with them a wave of crime. Well, the numbers in El Paso and San Diego show that Trump’s statement is true and shows a way forward to put an end to the crime wave.

As Sperry noted, when the border wall went up in El Paso, more criminals stayed in Mexico and only the law abiding came to this country. And that is what we want. We don’t want to keep everyone out of this great country. We just want those who come here to be worthy of the privilege.