But In The End GOTV Will Win The Election 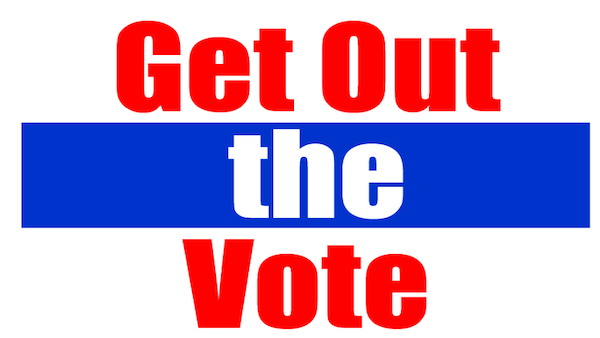 While many of us may be looking around and thinking that this certainly isn’t our finest time as a nation, there is still some genuine hope to be had. early voting breaks record

This is a nation that values the power of the people and the diversity of opinion, culture, and politics.  We are the world’s melting pot, by design, and there are few of you out there reading this that didn’t, at some point in your ancestry, come from somewhere else.

And while there is no shame in the pride of our generations past, we have a very unique responsibility here in America – which is to make this nation the greatest on earth.  There is no ceiling for what We The People can accomplish, just so long as each and every one of us participates with our best intentions.

All too often around election time, we are hit with a sobering statistic that compares the number of votes that decided the contest to the number of eligible voters who didn’t participate at all.  Often, that latter number is tenfold the former, which is an abhorrent reality.

This year, however, it appears as though just about everyone is getting involved.

More than 92 million voters had already cast their ballots by Saturday, with just days three remaining before Election Day, according to reports.

The historic early-vote number was nearly 67% of the total votes cast in the 2016 presidential election, which totaled around 139 million, according to the nonpartisan U.S. Elections Project.

More voters have submitted their ballots by mail or participated in early in-person voting this year because of the coronavirus pandemic. Several states have amended laws to allow for expanded mail-in voting.

The early voting cannot be changed and despite pundits claims, who has the early voting advantage is unknown. The final winner will be the party that does the best job in getting out the vote on election day.  The enthusiasm of Trump supporters, as well as an incredible GOTV that far outpaces the Democrats, may be giving President Trump the advantage on election day.

As reported by FNC:

“It’s the final stretch of the campaign, and the RNC is outpacing Democrats on every Get Out The Vote metric — blanketing the internet on digital efforts, knocking on millions of doors and reaching tens of millions of voters on the phones,” RNC Chief of Staff Richard Walters said in a statement.

Most of this post was first seen at Liberty Hub.