Did The Durham Investigation Give Patriots A Subtle Christmas Gift … Of Hope? 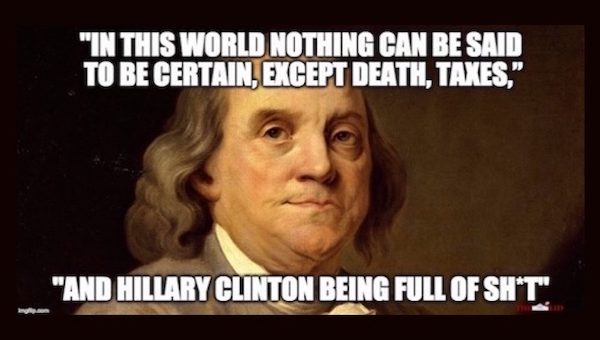 Anyone, including yours truly that had even the faintest belief that Durham might go in guns blazing and start throwing criminal charges around like candy off of a parade float was deeply disappointed. But…

Sure, he didn’t deliver what we thought he should provide in the timeline we thought it should be delivered in. And the charges he has pressed so far have not resulted in any meaningful consequences.

But a subtle move by the Durham investigation could signal that we’re moving past the minnows in this investigation and moving to some bigger fish. Any speculation of seeing the top brass of the FBI or the Clinton Campaign in a defendant’s seat in a criminal trial remains a long way off. But the slow and methodical steps seem to show that he’s being incredibly thorough in his investigation, crossing his Ts and dotting those Is.

On John Solomon’s podcast, Kash Patel explained why a court filing by Durham’s team about a possible conflict of interest is a big deal.

In that same interview, he also discussed how the questioning he faced before the January 6th commission took very little interest in the actual events of the day, with many questions being asked about entirely different topics, including events in Afghanistan or Somalia.

The interview is well worth the listen, but for the benefit of our readers, here is the key takeaway.

Durham asked the court to advise whether that put the law firm in a conflict-of-interest position concerning their clients.

What does that mean, exactly? In plain English, suppose there was a trial in an embezzlement case. And two defendants hired the same law firm. It would be in the defendant’s best interest to present every possible line of incriminating evidence that would turn suspicion away from himself and toward ‘the other guy.’

But there’s a zero-sum game in play here. If they throw incriminating evidence on ‘the other guy,’ that means the resources of a law firm hired to protect that ‘other guy’ are being used to dig up dirt used to incriminate him.

In other words, not only is the law firm working to help deep-six him… the other guy is paying them for the privilege.

Now let’s bring this concept back over to the Durham investigation and apply that principle here.

Durham has expressed concern about a possible conflict of interest between two parties represented by a single law firm. One of those parties is Danchenko, who was indicted a few months ago. As of Dec 6th, Danschenko is represented by Stuart Sears, and the previous lawyers have dropped out of the case.

Stuart Sears is a partner with the firm Schertler Onorato Mead & Sears. One of their clients is — wait for it — the “Hillary For America” presidential campaign.

Durham raised this possible conflict with the following sentence:

For those who want to dig deeper, this is explained in some detail by ‘Technofog, ‘from whose site this highlighted screencap of the relevant quote was taken.

Long story short, there could be a problem with Danshenko being represented by the same law firm representing Hillary For America because, according to Durham’s own words, BOTH are currently being investigated by Durham.

‘Multiple former employees’ of Hillary’s campaign are under investigation.

Does that mean someone will be wearing an orange jumpsuit? It’s a little early to jump to that conclusion. But even if the DOJ goes out of its way to minimize criminal prosecution — this is still by no means an insignificant statement.