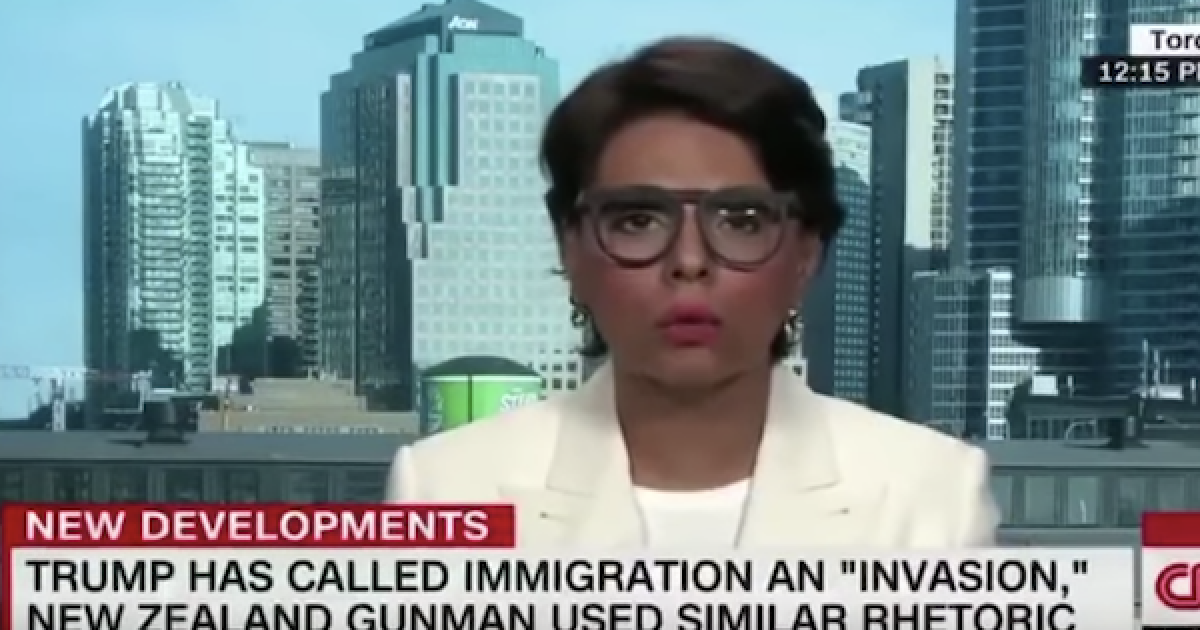 Without any proof, CNN and much of the liberal media thinks that the entire world especially the Muslim world hates President Donald Trump, but one guest totally destroyed that hateful assumption last week.

Doctor and journalist Qanta Ahmed were invited onto CNN to discuss foreign policy last Saturday, but instead of falling in line with CNN’s anti-Trump agenda, the doctor totally demolished CNN’s narrative.

“Viewers should know this president and this administration is often castigated as Islamophobic, but I move in the Muslim world — in Egypt, in Oman, in Jordan, in Iraqi Kurdistan — where this president is beloved,” Ahmed said on Saturday. “This president and the Republican Party, going back to George Bush, is very dearly held.”

She added that the 1988 Halabja genocide perpetrated by Saddam Hussein’s Iraq used chemical weapons to kill about 5,000 Kurds. “it was part of the eight-stage Anfal campaign against the Kurds that claimed 182,000 lives,

“Today’s the anniversary of Halabja, the massacre of 180,000 Kurds at the hands of Saddam Hussein,” Ahmed continued. “That only changed because of a Republican president. So it’s very important not to lose so much perspective that we start believing our entire government is Islamophobic. That’s not the case.”

Notice how quickly the host shuts her down. Perhaps it was because they didn’t like the fact that she destroyed their lies.

Dr. Amed then took to Twitter to continue her defense of President Trump.

AHMED @POTUS cannot be held responsible for #ChristchurchTerrorAttack POTUS must condemn all lethal bigotry. @CNN must acknowledge the @realDonaldTrump DID give a very emphatic condemnation of the ChristChurch attacks which was gratifying to #Muslims #Islamism pic.twitter.com/I3R6ij8Nk9

That wasn’t all. The doctor continued saying, “we must distinguish lethal, diabolical anti-Muslim xenophobia as has happened in Christchurch from Islamophobia. Why should we do that? Because if we do not, we empower Islamists who wish to propagate the myth — the same myth that the white supremacist gunman wants us to believe: That we are under siege in the secular world, that we are victims in the west.”

Ahmed also took to Twitter to talk about the shootings in New Zealand.

AHMED:The difference between anti #Muslim #Xenophobia, including the devastating #ChristchurchTerrorAttack & #Islamophobia which has claimed the lives of Muslims & Christians who dare challenge #Islamism– the political totalitarian IMPOSTER of #Islam #NewZealandTerroristAttack pic.twitter.com/nFZUEUwq58

The liberal media claims that this president is somehow anti-Muslim is complete crap, just as Dr. Quanta Ahmed.

Most of this post was first seen at FlagAndCross.com