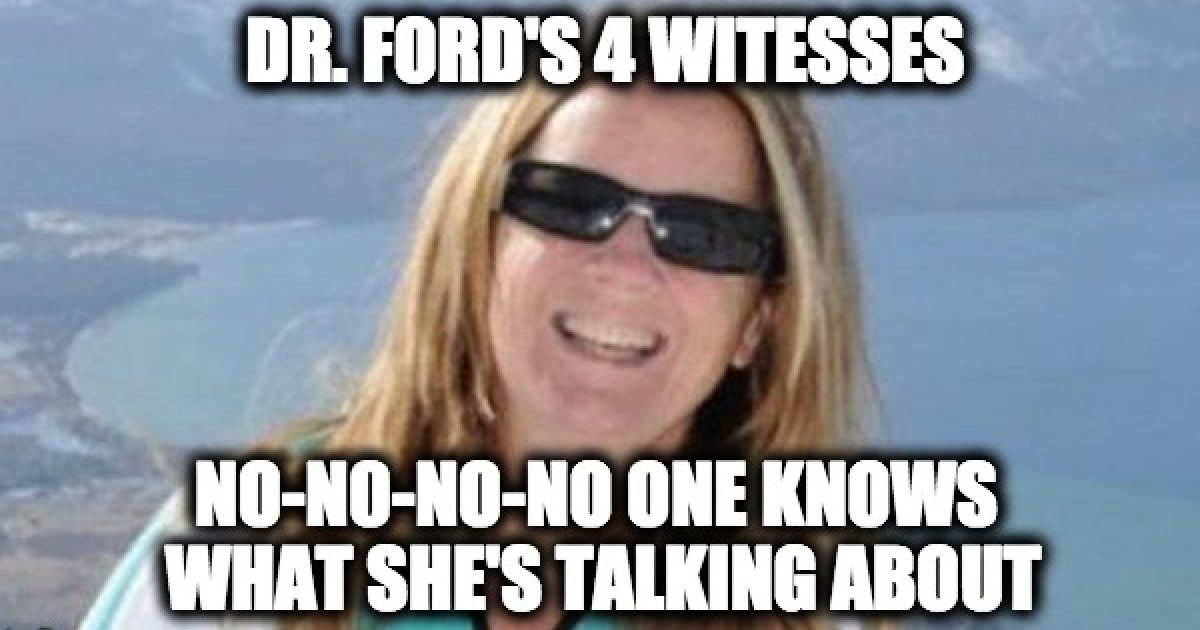 On Saturday night, witness number four Leland Ingham Keyser, who was a classmate of Ford’s at the all-girls school Holton-Arms denied any recollection of attending a party with Brett Kavanaugh.

Her attorney released the following statement:

According to the Washington Post “In a brief interview at her home in Silver Spring, Keyser said that she did not recall the party, but that she was close friends with Ford and that she believes Ford’s allegation.” Besides her friendship with Dr. Ford, Ms. Keyser’s claim to fame that she spent ten years married to former Fox News commentator and Democratic strategist Bob Beckel,  and is the mother of his two children.

The other three people who were at this supposed party also deny her story. One, of course, was Judge Kavanaugh who vehemently denied the allegations leaving himself no wiggle room.

““This is a completely and totally false allegation, I have never done anything like what the accuser describes — to her or to anyone.”

Another supposed witness Mark Judge in a September 18 letter sent to the Senate Judiciary Committee in the letter Judge denied the incident and his lawyer said he has no plans to speak publicly. “I have no memory of this alleged incident,” Judge stated in the letter that was sent by his lawyer, Barbara Van Gelder. 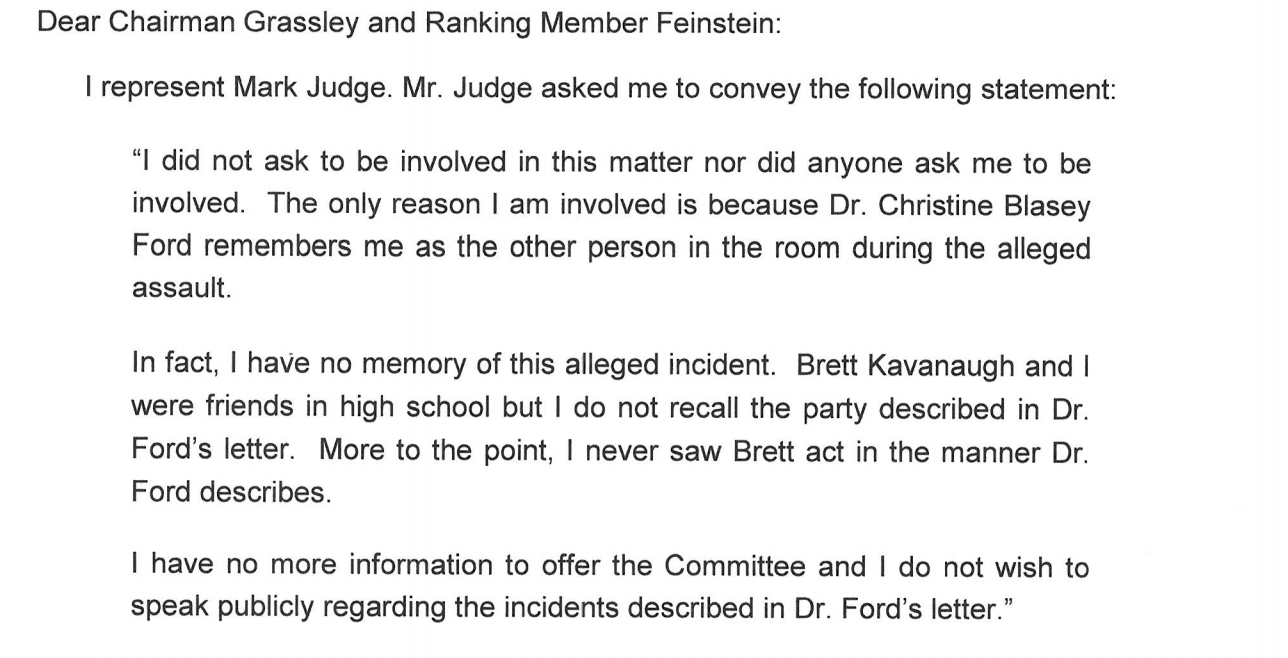 “I understand that I have been identified by Dr. Christine Blasey Ford as the person she remembers as ‘PJ’ who supposedly was present at the party she described in her statements to the Washington Post,” Smyth said in his statement to the Senate Judiciary Committee. “I am issuing this statement today to make it clear to all involved that I have no knowledge of the party in question; nor do I have any knowledge of the allegations of improper conduct she has leveled against Brett Kavanaugh.”
“Personally speaking, I have known Brett Kavanaugh since high school and I know him to be a person of great integrity, a great friend, and I have never witnessed any improper conduct by Brett Kavanaugh towards women. To safeguard my own privacy and anonymity, I respectfully request that the Committee accept this statement in response to any inquiry the Committee may have.”

So what we are left with is the only person at this supposed gathering who can attest to Judge Kavanaugh’s supposed behavior is Dr. Ford. Not one of her named witnesses, witnessed anything bad at the party that Ms. Ford doesn’t know when it occurred or where it occurred. So why is the news media and the Democrats treating Judge Kavanaugh as guilty till proven innocent.
Facebook Twitter Flipboard