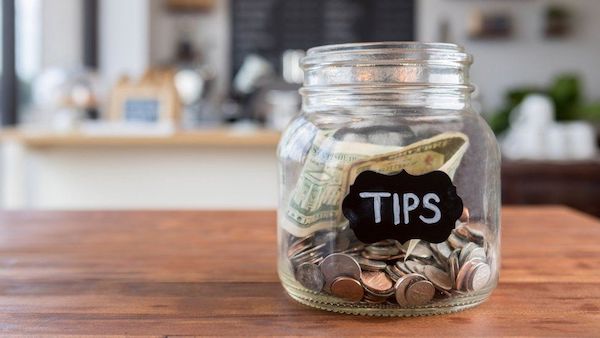 I have never been a fan of tips. Its real meaning is To Insure Prompt Service (yes, the first word should be spelled ensure). If it’s to ensure prompt service, why do we give it after the service at the end of a meal? But that is not my issue. If I am going out to have a relaxing meal, why do I have to finish it by doing math in my head? I HATE math. But now there’s another reason to dislike the practice of tipping. According to the liberal’s department of Woke, giving a server extra cash with a tip is a racist practice.

The “1619 Project” author and former New York Times writer who believes America was built on racism started a Twitter controversy with the claim that the practice of tipping waiters, waitresses, bartenders, or apparently anyone else whose livelihood depends on an extra 15-20% for good service is racist.

“Tipping is a legacy of slavery and if it’s not optional then it shouldn’t be a tip but simply included in the bill,” [Nikole] Hannah-Jones, who tweets under the handle “Ida Bae Wells,” wrote late Monday. “Have you ever stopped to think why we tip, like why tipping is a practice in the US and almost nowhere else?”

Hannah-Jones was quick to add that she doesn’t stiff the help despite her dubious claims about the practice’s origin.

“Are y’all reading what I am writing or nah?” she wrote after the internet reacted to her premise. “I said I tip. I tip well. I tip almost always. But I object to the idea that I am obligated to tip no matter how I am treated. Nope. And you can’t get more offended at me than employers that pay less-than-minimum wage.”

A final tweet hinted that Hannah-Jones’s ire at the custom of obliging customers to leave a gratuity may have more to do with her personal experience than history.

Economic & political historian Phil Magness decided to respond to Nikole Hannah-Jones with something liberals hate–facts. Including that tipping didn’t evolve from the U.S.horribile practice of slavery. Tipping was long-established in Great Britain:

Also for those of you sharing one of those moronic “fact check” articles claiming that tipping comes from slavery, you’re simply wrong.

Here’s a travel guide to Europe, published in the 1730s. pic.twitter.com/XCBdtTNXIH

And yes, there's even a scene in Shakespeare's Twelfth Night that depicts tipping.

Hannah-Jones replied as one would expect a leftist to do—attack the person who disagrees:

I know your obsession with my Twitter account is unrelenting because it’s the only time anyone pays attention to your tweets, but come on. https://t.co/1J5JrDkXst

Bob Woodson, an African-American scholar who has worked for decades on behalf of urban renewal, organized several scholars to oppose the 1619 Project. Woodson adds this about the 1619 Project: “They are trying to define America by its birth defect of slavery and Jim Crow, and our counter is that no individual or nation should be judged by the worst of what they used to be. America is a country of redemption. America is a country of second chances, and so we at 1776 believe that America is defined by its promise. And the Constitution is a mechanism for us to be self-correcting, and America is the only nation on the face of the earth that fought a civil war to end slavery.” [Emphasis added]

Perhaps she came up with the tipping lie because of the accelerating increase in inflation. Getting rid of tips will lower the cost of eating out and at least help the restaurant industry, But I doubt it.

Why does Nikole Hannah-Jones make so many bogus historical claims? George Orwell explained why in his classic tome 1984, it’s all about control:

Nikole Hannah-Jones is trying to control the past,