A Year Ago America Was An Oil Exporter 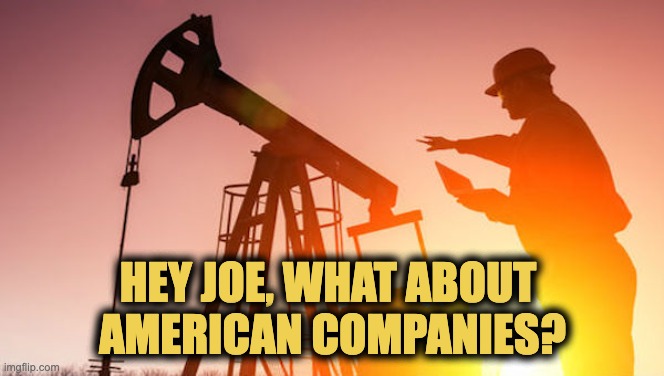 In 2020 the last year of the Trump presidency, the American economy reached a long-desired goal, energy independence. However, during Biden’s first days in the White House, he signed executive orders stopping drilling on federal land, including the much-desired drilling at ANWR in Alaska.  He canceled the Keystone XL pipeline and recently announced is considering shutting down the L5 pipeline running from Michigan to Canada. . These executive orders sent energy companies a message that he intended to keep his promise to kill the fossil fuel industry. don’t ask OPEC

Worried their businesses were facing attacks from team Biden, energy companies became reluctant to commit more money into new oil and gas production. Also, institutional investors who have traditionally invested in fossil fuel companies have become energy woke. They have cut them out of investment  portfolios entirely,

Adding to Biden’s anti-energy programs is that the COVID pandemic is waning, increasing demand for oil, further increasing prices.

Per the World Bank, Crude oil prices are expected to average $70 in 2021, an increase of 70 percent. They have projected the average cost of Crude to be $74 a barrel in 2022 as oil demand strengthens and reaches pre-pandemic levels.

As we approach winter and temperatures decrease, corporations and households will consume even more energy,  increasing demand. Winter heating is not an optional cost. Except for maybe Igloo producers, one can’t allow their families and/or employees to freeze. The increase in consumption of energy during the winter will raise prices even higher.

The increase in energy costs is fueling increases in any industry that uses fuel.

The price of oil increased so high that Biden begged OPEC to increase production and lower costs. OPEC’s first answer was “لنذهب براندون.” Which is Arabic for “Let’s Go, Brandon.” OPEC finally agreed to produce an extra 400K barrels/day starting in August 2020, which hasn’t stemmed the increase in energy prices.

American shale oil-producing company Occidental Petroleum disagreed with Biden’s request to OPEC to produce oil. Per CNBC, they basically said to Biden, with Hey, what about us?

The chief executive of U.S. oil company Occidental Petroleum said that it would have been preferable if the Biden administration had asked shale producers closer to home to increase production and crude supplies, rather than the OPEC alliance that’s led by Saudi Arabia.

vAsked whether President Joe Biden and his team were getting it wrong by asking OPEC to pump more when there are shale oil producers at home, CEO Vicki Hollub said that “if I were gonna make a call, it wouldn’t be long-distance, it would be a local call.”“And I think that we could do it cheaply in the United States, as other countries can do,” she told CNBC’s Hadley Gamble at the Adipec energy industry forum in Abu Dhabi on Monday.

“I think first you, you stay home, you ask your friends, and you ask your neighbors to do it. And then if we can’t do it, you call some other countries,” she said.

Not only would that strategy produce more energy, but it would put additional Americans to work. Biden’s energy program decreases the number of jobs, increases energy and other expenses, burdens middle- and lower-income families, increases imports, and decreases exports. It is neither sound energy nor sound economic policy.

UPDATE: Per the Washington Times: Senator Steve Daines (R-MT)  plans to introduce a bill on Tuesday requiring the Interior Department to restart oil and gas leasing on federal lands and waters. Titled the SMART Energy Act, the bill would require the Interior secretary to immediately hold at least four oil and gas leasing sales in the top seven energy-producing states. I doubt the political hack (also known as Chuck Schumer) will allow the bill to reach the Senate floor.