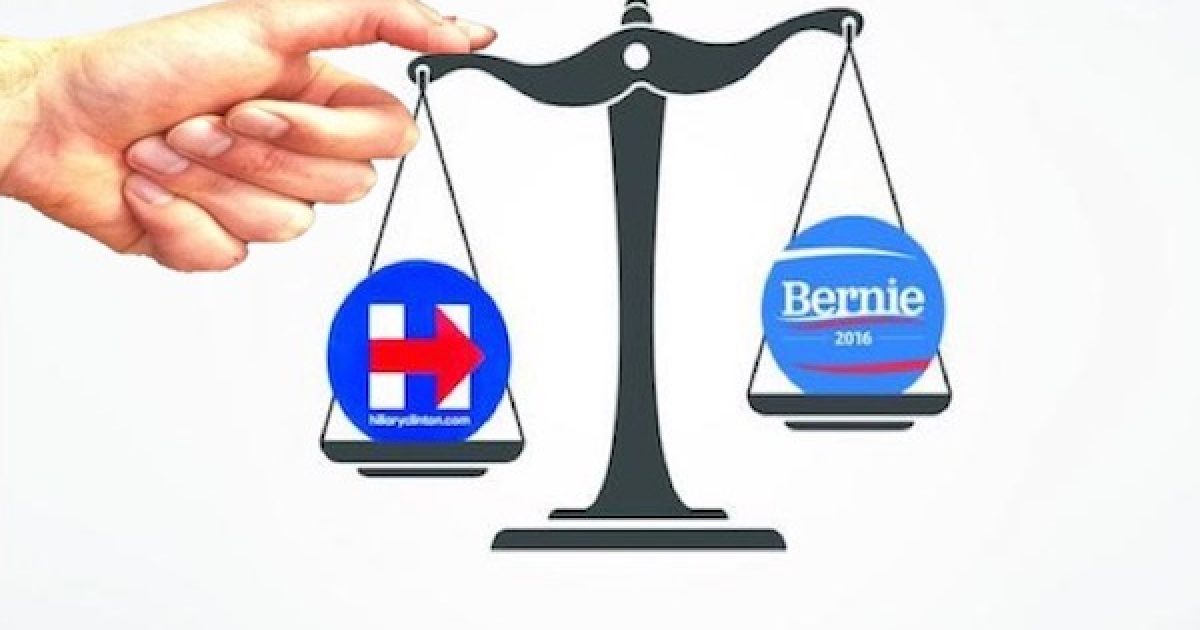 Donna Brazile wrote a shocking exposé in Politico that exposes what Bernie Sanders and most other fair-minded people thought, the 2016 Democratic Party nomination was fixed. Debbie Wasserman Schultz’s horrible management of the party, and Barack Obama’s draining of the party’s cash, team Clinton was able to take control of the party a year before her nomination by feeding it the money it needed to stay solvent.

Politico published an excerpt from Brazile’s new book, “Hacks: The Inside Story of the Break-ins and Breakdowns that Put Donald Trump in the White House.” In this excerpt, Brazile explains how she promised Sanders she would investigate his charges the nomination process was rigged and her agony in discovering the charges were correct.

Brazile described how the party made a deal with the devil–an “unethical” deal that “compromised the party’s integrity.” The DNC, Hillary Victory Fund, and Hillary for America signed a secret joint agreement that said, “in exchange for raising money and investing in the DNC, Hillary would control the party’s personnel, finances, strategy, and all the money raised.”

It started with the party’s finances:

Officials from Hillary’s campaign had taken a look at the DNC’s books. Obama left the party $24 million in debt—$15 million in bank debt and more than $8 million owed to vendors after the 2012 campaign and had been paying that off very slowly. Obama’s campaign was not scheduled to pay it off until 2016. Hillary for America (the campaign) and the Hillary Victory Fund (its joint fundraising vehicle with the DNC) had taken care of 80 percent of the remaining debt in 2016, about $10 million, and had placed the party on an allowance.

(…) When the party chooses the nominee, the custom is that the candidate’s team starts to exercise more control over the party. If the party has an incumbent candidate, as was the case with Clinton in 1996 or Obama in 2012, this kind of arrangement is seamless because the party already is under the control of the president. When you have an open contest without an incumbent and competitive primaries, the party comes under the candidate’s control only after the nominee is certain. When I was manager of Gore’s campaign in 2000, we started inserting our people into the DNC in June. This victory fund agreement, however, had been signed in August 2015, just four months after Hillary announced her candidacy and nearly a year before she officially had the nomination.

The shocking details in Brazile’s piece reveal that the Clinton campaign controlled “the party’s finances, strategy, and all the money raised,” as well as critical DNC staffing decisions while the primary campaign was in full swing:

“The agreement—signed by Amy Dacey, the former CEO of the DNC, and Robby Mook with a copy to Marc Elias—specified that in exchange for raising money and investing in the DNC, Hillary would control the party’s finances, strategy, and all the money raised. Her campaign had the right of refusal of who would be the party communications director, and it would make final decisions on all the other staff. The DNC also was required to consult with the campaign about all other staffing, budgeting, data, analytics, and mailings. I had been wondering why it was that I couldn’t write a press release without passing it by Brooklyn. Well, here was the answer.”

In the end, Brazile describes an arrangement that was brilliantly Clinton and totally unethical. It also signals that the party is making a clean break with Hillary. This wouldn’t have been written by Brazile if Hillary Clinton hadn’t become a Democratic Party persona non grata.

The party’s ultra-left wing—the Berns, the Warrens, the Frankin supporters, and others will not be happy learning the truth, possibly fanning the flames of the Democratic Party civil war.