A Double-Dose of Donald Trump’s Hypocrisy Exposed On Saturday 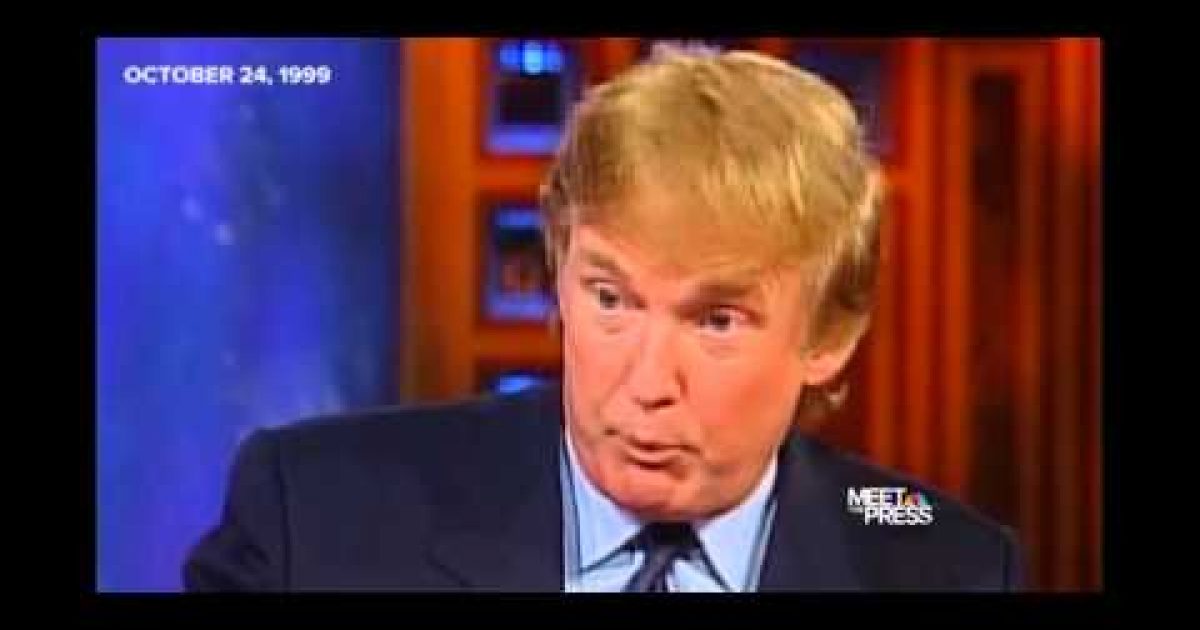 The “bromance” is definitely over. Speaking to a group of conservatives in Hilton Head South Carolina, [score]Donald Trump[/score] took the opportunity to trash [score]Ted Cruz[/score] and got booed for the effort. And for his part Cruz released a video of [score]Donald Trump[/score] on Meet The Press in 1999, where the billionaire explained that NY Political values were different than Iowa ones.

On Saturday Trump was speaking to the South Carolina Tea Party Coalition Convention and went after Ted Cruz because of the unsecured loan he reported on every public document except for the FEC form.

“You give a campaign contribution to [score]Ted Cruz[/score], you get whatever the hell you want,” he said, as boos began to come out of the crowd. “Say whatever you want, it’s okay, he didn’t report his bank loans. He’s got bank loans from Goldman Sachs, he’s got bank loans from Citibank, folks, and then he acts like Robin Hood?” The boos got louder then died down as he finished with, “you know say whatever you want but doesn’t work that way so we have to use our best people we have to be smart we have to be tough we have to be vigilant and we can do it and we can make America greater than ever before thank you thank you everybody thank you everybody [see video below].

Perhaps Trump’s “hit job” campaign is beginning to wear thin, or maybe only wearing thin when he attacks his “friend” [score]Ted Cruz[/score]. Either way it’s kind of ironic to hear [score]Donald Trump[/score] criticize someone for taking bank loans, for pete’s sake the guy’s main business is real estate, that industry exists on bank loans. For example his financing of the Plaza Hotel was made by Citibank. And when his Plaza Business went belly-up he filed for Chapter 11:

As part of the restructuring and to receive easier payment terms, he gave a 49% stake in the property to Citibank and five other lenders. He kept his post as chief executive — without pay — and no longer had a role in the day-to-day operations of the luxury hotel.

Any loans that Cruz may have received are a drop in the bucket compared to Trump.  And if anyone is beholden to the banks its the real estate magnate.

In this next video [score]Donald Trump[/score] is interviewed by the late, great Tim Russert and give an indication of what Cruz meant by New York values, or as trump said in the interview,

I lived in New York City Manhattan all my life ok so you know my views are little bit different than if I lived in Iowa.
Facebook Twitter Flipboard