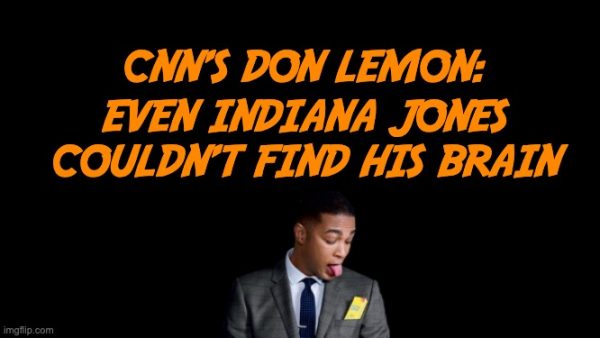 On Wednesday, CNN’s village idiot Don Lemon freaked out during an interview with former Ohio Republican Governor John Kasich because he wouldn’t trash President Trump’s coronavirus speech.  Lemon went absolutely nuts at Kasich, att one point, the CNN hack was so angry, he refused to let Kasich speak. Lemon may have been surprised by Kasich who hates the President so much he refused to go to the 2016 Republican convention despite that it was in his state. Don Lemon freaks out

“And I just got to say. If the President came out to calm people’s fears, he didn’t do a good job of it because they’ve had to come back and clarify it several times! And this has been going on long enough for them to get it straight! We need straight, accurate information from this President! And this administration! And we’re not getting it! And I don’t understand why you are tiptoeing around it! He came out, gave an address that usually — that happens very rarely, and he doesn’t get it right?” Lemon screamed.

He only got angrier from there.

Newsbusters posted a transcript of the segment:

KASICH: I’m going to — first of all, he read it. And somebody that wrote this — look, I don’t want to get into that. He —

LEMON: Well, why not?! That’s why you’re here! To talk about the President’s address!

KASICH: Can I finish now?

LEMON: John, because we’re here to talk about the President’s —

Kasich, a never-Trumper, stood up for the president, but Lemon just didn’t want to hear it.

“I thought he did fine,” Kasich said. “What I saw tonight is what I anticipated before he delivered the address. Mr. President, you’ve got to be serious. You’ve got to warn the country. We have to move forward. And just stick to the script and read what’s on there. And that’s exactly what he did.”

Lemon got so angry he began to bash Kasich: