Biden’s DOJ Unveils Proposal for Restrictions on Gun Braces, And a Model for Red Flag Laws 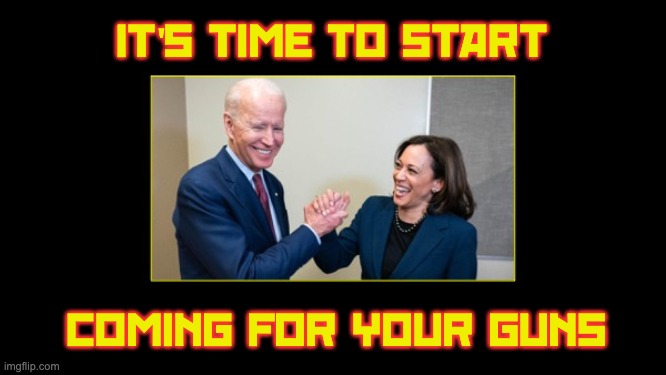 The DOJ unveiled a proposal for new gun restrictions on Monday that are related to stabilizing braces. The ATF will review each brace on a case-by-case basis to determine whether it falls under the NFA. The Attorney General/DOJ has also released a “model law” to make it easier for states to enact Red Flag laws – basically, giving them a blueprint to adopt the plan. All of the restrictions are based on an edict by Joe Biden from April and written up by AG Merrick Garland. DOJ unveils gun restrictions

The ATF proposal will reportedly decide on a case-by-case basis whether or not a gun with a “stabilizing brace” falls under the National Firearms Act. The entire proposal can be found at this link from The Epoch Times or the ATF here.

The proposal hasn’t been placed on the Federal Register yet, but when it is, you will be able to comment for 90 days. The ATF claims that this proposal will not conflict with combat veterans who use a stabilizing brace to shoot. Those of you who need them might wish to follow the ATF link closely so that when it is published on the Federal Register, you can double-check to make sure that it’s true. The Federal government is notorious for making rule changes written in severe legalese that takes an attorney to figure out.

In the inevitable attempt to make it easier for states to adopt “Red Flag Laws” with “Extreme Risk Protection Orders,” AG Merrick Garland put out a “model” for legislation for the states in hopes that more will adopt the laws. The Supreme Court recently issued a ruling that mentioned the fact that Red Flag Laws might come under scrutiny after they nixed warrantless searches for guns in a case (we reported that here.) However, it appears that the warrantless problem has been corrected under Garland’s written proposal:

The “model law” states in part:

“(a) BASIS FOR ORDER. – The court shall issue an emergency ex parte extreme risk protection order upon submission of an application by a petitioner, supported by an affidavit or sworn oral statement of the petitioner or other witness, that provides specific facts establishing probable cause that the respondent’s possession or receipt of a firearm will pose a [significant danger/extreme risk/other appropriate standard established by state law] of personal injury or death to the respondent or another person.  The court shall take up and decide such an application on the day it is submitted, or if review and decision of the application on the same day is not feasible, then as quickly as possible but in no case later than [appropriate time period specified by state law]…

(1) If the application and its supporting affidavit or statement establish probable cause that the respondent has access to a firearm, on his or her person or in an identified place, the court shall concurrently issue a warrant authorizing a law enforcement agency to search the person of the respondent and any such place for firearms and to seize any firearm therein to which the respondent would have access.”

The Biden administration is producing a full-court press for gun control. The SCOTUS ruling from the previous case mentioned that the respondent was not suicidal at the time and that police lied to the family to take the guns. They can no longer claim that taking guns from a person is “community caretaking.” This model law will not fix that problem. The definitions of who can report a red flag situation are too wide and varied, particularly if lies from any of them are involved.

In a Florida case recently decided where someone told police she was in fear of the respondent, the Florida court ruled that seizing the firearms and ammunition violated the respondent’s civil rights. There was evidence of lies involved.