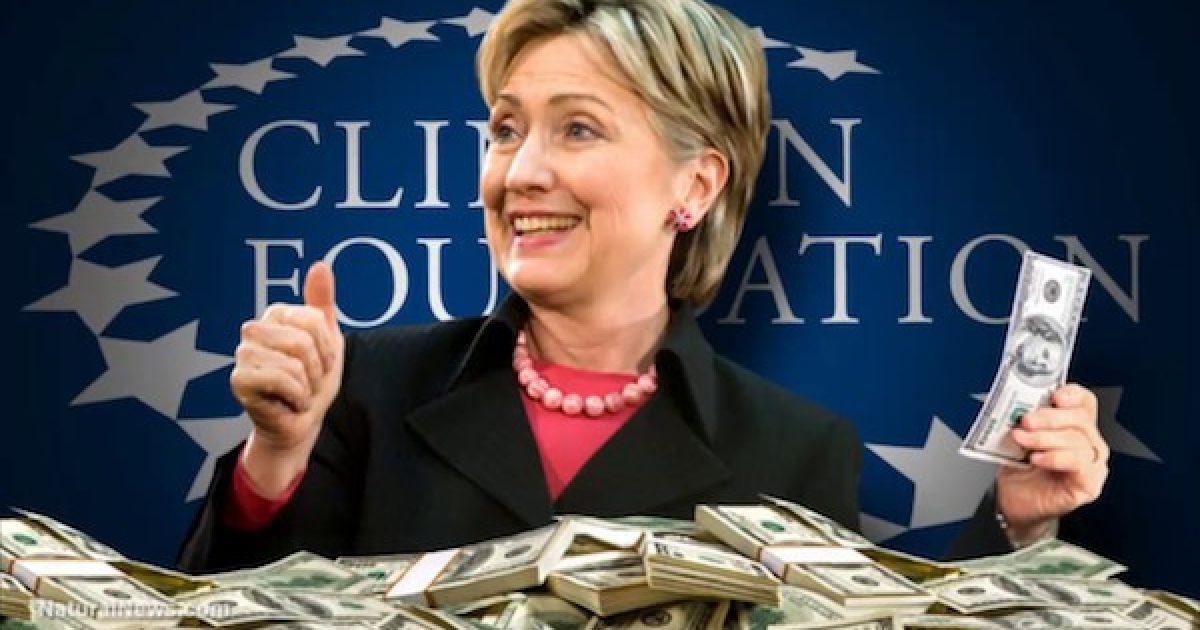 Missed until the Washington Times put two and two together, the inspector general’s report about the leaking and lying of former FBI Deputy Director Andrew McCabe was the story of Justice Department big shot calling McCabe with the purpose of interfering with the FBI’s investigation into the Clinton Foundation:

McCabe told the OIG that on August 12, 2016, he received a telephone call from PADAG [Principal Associate Deputy Attorney General] regarding the FBI’s handling of the CF Investigation (the “PADAG call”). McCabe said that PADAG expressed concerns about FBI agents taking overt steps in the CF Investigation during the presidential campaign. According to McCabe, he pushed back, asking “are you telling me that I need to shut down a validly predicated investigation?” McCabe told us that the conversation was “very dramatic” and he never had a similar confrontation like the PADAG call with a high-level Department official in his entire FBI career.

On October 30, 2016, the WSJ gave a more detailed account which McCabe and the PADAG confirmed as accurate:

According to a person familiar with the probes, on Aug. 12, a senior Justice Department official called Mr. McCabe to voice his displeasure at finding that New York FBI agents were still openly pursuing the Clinton Foundation probe during the election season. Mr. McCabe said agents still had the authority to pursue the issue as long as they didn’t use overt methods requiring Justice Department approvals.

The Justice Department official was “very pissed off,” according to one person close to Mr. McCabe, and pressed him to explain why the FBI was still chasing a matter the department considered dormant. Others said the Justice Department was simply trying to make sure FBI agents were following longstanding policy not to make overt investigative moves that could be seen as trying to influence an election. Those rules discourage investigators from making any such moves before a primary or general election, and, at a minimum, checking with anticorruption prosecutors before doing so.

“Are you telling me that I need to shut down a validly predicated investigation?” Mr. McCabe asked, according to people familiar with the conversation. After a pause, the official replied, “Of course not,” these people said.

The conversation itself wasn’t the most upsetting part of the story, it was that the phone call was made at all. It was obvious despite the PADAG’s final words, the DOJ was trying to shut down the investigation.  The  Washington Times thought to follow up the above:

James Wedick, conducted corruption investigations at the bureau, said during 35 years there he never fielded a call from the Justice Department about any of his cases. He said it suggested interference.

“It is bizarre – and that word can’t be used enough – to have the Justice Department call the FBI’s deputy director and try to influence the outcome of an active corruption investigation,” he said. “They can have some input, but they shouldn’t be operationally in control like it appears they were from this call.”

Although the inspector general report did not identify the official, sources at both former FBI and Justice Department officials identified him as Matthew Axelrod, who was the principal associate deputy attorney general — the title the IG report did use.

Ron Hosko, a former assistant director at the FBI, told the Washington Times that perhaps the call went to McCabe came because the DOJ thought he would be more sympathetic than the FBI’s New York field office, which was overseeing the Clinton Foundation investigation.

“You run the risk of more publicity by going to the field,” Mr. Hosko said. “If I am that agent and I’ve been told to shut down something I’ve been working on, I’m screaming bloody murder.”

People who know the inner workings of the DOJ said that no PADAG would have made that call without talking to his boss, which in this case was Deputy Attorney General Sally Yates, who was fired by President Trump for refusing to enforce the travel pause.

“In my experience, these calls are rarely made in a vacuum,” said Brad Schlozman, who worked as counsel to the PADAG during the Bush Administration. “The notion that the principal deputy would have made such a decision and issued a directive without the knowledge and consent of the deputy attorney general is highly unlikely.”

Hans Von Spakovsky, a former Justice Department official who’s now a legal fellow at the conservative Heritage Foundation, said the proper chain of command for the Justice Department to follow up on an investigation would involve the head of the Criminal Division, not the PADAG, calling the FBI.

“There is no way I would have ever called the FBI on my own unless I raised concerns with my boss or my boss told me to do so,” he said. “I have a hard time believing this guy did this without consulting with Sally Yates unless he was a complete lone ranger and off the reservation.”

And I am sure that Sally Yates wouldn’t have allowed the PADAG to make such a controversial phone call without speaking to her boss, Loretta Lynch.

The DOJ Inspector General is already looking into both the FBI and Department of Justice handling of the Hillary Clinton probes. As he has mentioned the phone call as part of his McCabe leaking investigation, it is likely he the phone call will also be part of those probes.