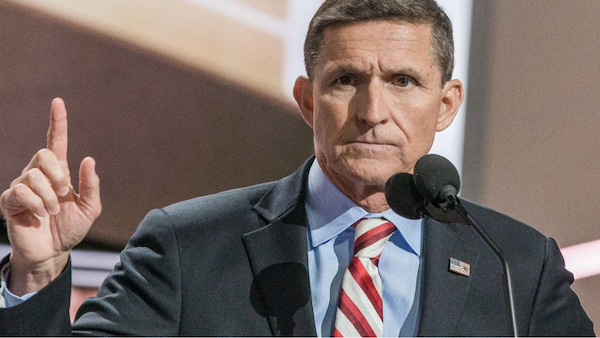 This is a great day for the American judicial system. The DOJ Dropped General Flynn’s case.

The Justice Department on Thursday said it is dropping the bogus criminal case against President Donald Trump’s first national security adviser, Michael Flynn. The announcement came in a court filing (embedded below), with the department saying it is dropping the case “after a considered review of all the facts and circumstances of this case, including newly discovered and disclosed information.”

The decision didn’t come from Barr. In February, Attorney General Bill Barr appointed an outside prosecutor, U.S. attorney Jeff Jensen who spent a decade in the FBI,  to review the government’s prosecution of Flynn for evidence of prosecutorial misconduct.

Earlier Thursday, the top prosecutor on the case, Brandon Van Grack, abruptly withdrew from the case, without explanation, in a brief filing with the court.

Per the AP which broke the story:

Flynn filed to withdraw his guilty plea, as the truth about the case against him, that it was a setup and he was squeezed by the FBI’s threat to throw his son in Jail.

Last week the judge in the case released documents consisting of two redacted email exchanges as well as one page of handwritten notes by an unidentified official. The documents seemed to be the FBI investigators’ preparations for Mr. Flynn’s interview. In the handwritten notes, which are dated Jan. 24, 2017—the day of the Flynn interview—the author writes: “What is our goal? Truth/Admission or to get him to lie, so we can prosecute him or get him fired?”

Thankfully the case was dropped, but now it’s time for John Durham to throw into jail the people who tried to ruin the life of General Michael Flynn, an American hero.

AG Barr discussing the dropping of the case is below, followed by the DOJ motion to the court asking to drop the case: